Deflection of Asylum Seekers to Ghettos in Third Countries?

One of the reform ideas of the Common European Asylum System is to enforce the deflection of asylum seekers to non-European countries, based on agreements similar to the 2016 EU/Turkey-agreement. To this end migration partnerships with non-European countries are negotiated. The use of the first country of asylum and safe third country concepts of the Asylum Procedures Directive shall, in some circumstances, become mandatory for the member states. And the legal standards of the concepts shall be lowered: The presidency proposal of the Asylum Procedures Regulation (APR) introduces as an alternative to the Geneva Convention standard a protection standard that secures subsistence of the refugees within the third state. And the standard must not necessarily be granted all over the territory: the designation of a third country as a safe third country may be made with exceptions for specific parts of its territory, Art. 45 1a.. That could cover the transfer of asylum seekers to an unstable third state, when a protection zone of the size of a refugee camp has been brought under control and asylum seekers are held there with their subsistence secured. This post aims at questioning the compatibility of this new scheme with the Geneva Convention and at eliciting a debate on it.

The Geneva Convention comprises, besides the principle of non-refoulement, no explicit rules on the allocation of asylum seekers and the conditions that must be fulfilled in the destination state. It does not follow from this that no requirements for the transfer of asylum seekers to third states can be deduced from the Geneva Convention, beyond protection against (chain) refoulement. If signatory states develop unwritten “protection elsewhere” practices instead of confering the Convention rights to refugees themselves, this must be done in good faith and in the light of the Convention’s object and purpose (Art. 31 Vienna Convention).

The Geneva Convention rights constitute a system of incremental inclusion of refugees into the reception state. With this the Convention, besides averting persecution, intends to remedy another problem that refugees are confronted with: the in limbo situation of persons not belonging where they are, with no access to the rights customary in place. Refugees are not meant to remain in an excluded and dependent situation and thus to become a burden for others and themselves, the Convention rights are designed to bring them into self-dependent, socially involved and productive circumstances of life. To this end the Convention, rather than securing subsistence, mainly consists of rights of equal treatment: Refugees are supposed to incrementally be on a level with “the Others”, the reference group varying depending on the specific right.

This purpose of the Convention could not become effective, were the signatory states free to deflect asylum seekers to third states not insuring inclusion in line with the Convention. The reception states are though not obliged to confer all Convention rights from the outset. The extent of inclusion depends on the level of attachment to the reception state. However, states may not define that level at will. A state permanently withholding regularization – and thus all rights beyond those attached to the level of physical presence – circumvents its Convention obligations against good faith. The level of lawful stay, entailing among others inclusion into the labor market, social security, housing, and public relief, is commonly reached with a positive outcome of the refugee status determination procedure. That the third state must grant protection including a right to lawful stay is also one of the deflection preconditions in the APR-presidency proposal, Art. 44 1a. (b) (ii).

In consequence, in order to determine whether states granting the necessary preconditions only in part of their territory are eligible as safe third countries, one must differentiate: First, the preconditions must be fulfilled in a sufficiently stable manner – which is not self-evident for states unable to control parts of their territory. Second, the deflection must not entail a ghettoization of the refugees or any other exclusion in the sense that they would not be on a level with “the Others”. As to the accessibility of the reception state’s territory, Art. 26 of the convention stipulates equal treatment with aliens generally under the same circumstances for refugees lawfully in the territory (which is below the level of lawful stay).

That would permit the deflection to a stable state with a de facto autonomous region, such as Georgia with Abkhazia: It is innocuous that the Georgian state is unable to grant access to and rights in Abkhazia, “the Others” are excluded as well. But the above mentioned ghettoization of asylum seekers within a secured camp zone for refugees would be a completely different matter. A concept of protection in safe parts of third countries thus would have to differentiate adequately. The undifferentiated APR draft version is not compatible with the Geneva Convention.

Can we draw other conclusions from the concept of the internal protection alternative (IPA)? The Geneva Convention – other than Art. 8 of the EU Qualification Directive – is not explicit on this concept either, though it is widely recognized. It permits returning asylum seekers to their state of origin instead of granting them international protection even if they have a well-founded fear of persecution in their home region, provided that they can find protection in other, safe regions of their state of origin. The justification for this concept is the subsidiarity of international protection resp. the “unable… to avail himself the protection of that country”-clause in the refugee definition. Thus it is a concept emanating from the special role of the state of origin: It is the asylum seekers state of affiliation and it has a paramount responsibility to protect, thus it seems reasonable to put up with a territorial restriction instead of invoking the protection of other states.

This justification is not applicable to third states. There is – with the exception of states of a further or a quasi-nationality (taken account of in Art. 1 A 2. 2 and E of the Convention) – no responsibility and affiliation gradient comparable to the IPA situation, when potential asylum states allocate refugees among each other. The state of application has a subsidiary responsibility in relation to the state of origin, not to other potential asylum states. If there is no protection available in the state of origin (or a state of a further or quasi-nationality), the asylum seeker must invoke international protection. The situation is then one of distribution on a level with other potential asylum states, and there is no justification for a deflection involving territorial exclusions. The forced allocation of asylum seekers based on agreements on refugee responsibility can be compatible with the Geneva Convention, but the objective should be to exercise the collective responsibility for refugees in an efficient, humane and solidary manner, not to unburden oneself regardless of the effet utile of the Refugee Convention. 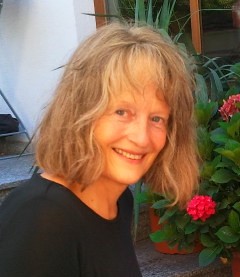