Amid the unfolding „moral catastrophe“ of COVID-19, and across the entries in this symposium, we see a clamor for any pandemic law-making exercise to promote more justice in global health.

However, this universally-embraced imperative masks a wide array of divergent views about the nature and sources of inequalities in global health, and in turn what should be done if we were to think beyond a narrow pragmatism of the moment.

In this final editorial, we attempt to surface some of the critical contestations that underlie any future pandemic treaty or revisions of the International Health Regulations (IHR).

In a democratic state of law, where everyone is in theory an equal member of the polity, there is a broad ethical consensus that health inequalities are unjust if they result from avoidably unfair distributions of socially controllable factors. Of course, as the pandemic has made starkly apparent, there are heated debates about what is avoidably unfair and which factors are or should be socially controllable, as well as the normative legitimacy of different forms of social control.

But this doesn’t necessarily tell us about international inequalities arising during or prior to the pandemic. Across this symposium, authors implicitly or explicitly address three overlapping, but nonetheless distinct, sources of global health inequalities.

First, in addition to domestic variation (e.g., topography/geography), we have seen plenty of domestic injustices that create inequalities between, as well as within, countries. For example, legislative, regulatory, and implementation gaps that fail to deliver access to health-related goods and services; and political culture or lack of political accountability for rampant leakage, corruption, or wanton indifference to the population’s suffering.

Second, international norms, institutional arrangements, and practices drive global health inequalities. For example, a “One Health” approach aims to address human, animal, and planetary health, and gives rise to transnational solutions. These “norms, policies, and practices that arise from transnational interaction,” termed “political determinants of health” by the Lancet-Oslo Commission on Global Governance for Health, include debt and structural adjustment; access to research and data; trade agreements; and anti-democratic global governance.

Finally, both domestic and global factors contributing to inequality are framed by what are often called the chains of history, including multiple expressions of colonialism and coloniality.

The ways in which scholars in the symposium and beyond understand the nature of global health injustices, and the interactions among these sources of inequalities, are invariably reflected in distinct proposals about how to promote global health justice through a pandemic lawmaking exercise.

Multiple entries argue that justice requires going beyond narrow disease surveillance (the hallmark of the IHR) to enhance legal as well as health system preparedness for future pandemics, with inter-state technical and financial assistance to enhance domestic resources and capacities in lower-income countries.

Some propose embedding extra-territorial obligations into such a treaty as a way to reinforce general legal obligations of “international assistance and cooperation” and “international collaboration and assistance.” Some go further in asserting the need for a „Framework Convention on Global Health“ (FCGH) that would harness such international assistance not just for addressing health emergencies or global health security, but for universal and equitable health systems that underpin enjoyment of health-related rights in “normal” times.

Other scholars and practitioners across and beyond the symposium understand the nature of the imperative differently, arguing that justice in global public health requires re-making the aid system and unshackling the constraints on low and middle-income countries that underpin the perpetuation of dependency, including reviving proposals for the right to development and a 21st century version of the New International Economic Order (NIEO) endorsed at the Alma-Ata Conference on Primary Care.

Access to medicine advocates, as well as scholars in the symposium and elsewhere, have argued that we must deconstruct and remove structural barriers in the architecture of intellectual property regulation (e.g., TRIPS) as a starting place for promoting fairness in global health, and effective enjoyment of health rights. Pandemic lawmaking that does not consider the need for creating different incentives for sharing vaccine know-how (recipes), transferring technology, and decentralizing manufacturing will ineluctably reproduce reliance on the fickle and miserly compassion of the economic North, which were exemplified by the failures of COVAX.

Adding to the perpetuation of dependency, the costs of structural prevention would disproportionately burden parts of Sub-Saharan Africa, Asia and Latin America. For example, as Maisley and Guidi write, halting deforestation in the Amazon in order to stop future zoonotic diseases –which are responsible for the preponderance of novel diseases and arguably other climate-related illness –would heavily fall on South America.

Others argue that the paradigm of causation and prevention encoded in a global health security framework is inherently flawed. In this example, for instance, reducing demand for meat is not just a matter of regulating cattle breeding in Brazil, Mercosur countries, or even South America. Rather, it calls for systemic structural changes of the political determinants of health in our globalized, financialized and commercialized food system, including strengthening effective regulation in wealthy countries where relevant transnational corporations are headquartered, or reining in commodities speculation where doing so could have a substantial impact.

Finally, a number of authors signal that any pandemic lawmaking exercise that fails to address diseases that disproportionately ravage the global South, killing hundreds of thousands of people a year, such as malaria and tuberculosis, smacks of colonialist selectivity regarding what constitutes a crisis. While some scholars view the reassertion of U.S. leadership in a regime of global health security as an imperative for global justice; others see the extension of U.S. influence as a dystopic deepening of toxic synergies between imperialist control and illiberal national governments in the name of health “security.”

If we take seriously reparative justice for inequalities grounded in colonialist extraction, structural violence, and subordination, the questions regarding how a global health law might contribute become even more complex.   But the increasing trend in rhetorical calls for “decolonizing global health” should not obscure, as Seye Abimbola argues, that it is impossible for people with different agendas and positionalities to use those terms and refer to the same thing. Indeed, as Gonzalo Basile asserts, meaningfully decolonizing theory, politics and practices in global health seems to demand not a universal vision from above, but historically-contextualized approaches that seek to subvert dominant epistemic as well as institutional paradigms.

All normative arguments are inextricably framed by readings of history and, to adopt Nietzsche’s expression, “how things become what they are.” The starting point for all pandemic lawmaking must be the revision of the IHR of 2005. Meier, Bueno de Mesquita and Sekalala view the IHR as “ensuring the incorporation of human rights” and providing “a legal foundation to align global health law with human rights law, harmonizing treaty interpretation across legal regimes.” Other commentators, far from sharing that narrative, see the global health security paradigm embedded in the IHR as entrenching a particular neoliberal form of colonialist governance in a hyper-globalized world. Rights protections for travelers may be necessary to sustain international traffic and trade, but critics argue that the institutionalized social order itself is fundamentally incompatible with universal enjoyment of human rights in practice.

Far from the mantra of “human rights-based approach” resolving these and other tensions, the symposium underscores how rights, including the right to health, are sites of profound contestation over conceptions of distributive justice, as well as tools of struggle.  An array of human rights scholars and practitioners tackle the question of whether and how human rights principles might be integrated into global governance without being coopted. Some suggest possible modes of civil society participation in the design, as well as governance, of a pandemic lawmaking instrument.

As editors, our hope is that far from presenting these fundamental issues regarding the relationship between pandemic lawmaking and global health justice as settled, the symposium will open space for greater debates across disciplinary, ideological, and geographic boundaries.

Alicia Ely Yamin, on behalf of the editors 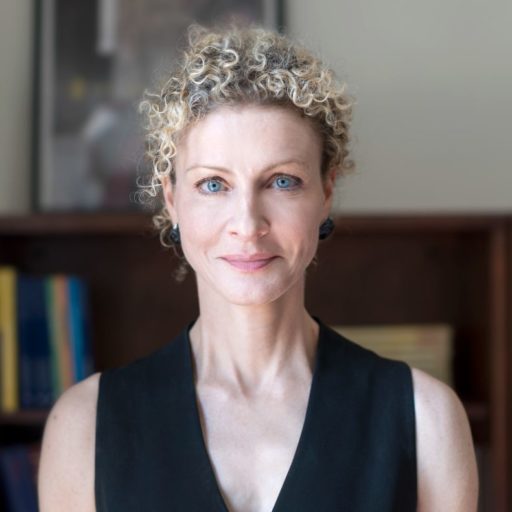 Alicia Ely Yamin Alicia Ely Yamin is the Senior Fellow on Global Health and Rights at the Petrie-Flom Center for Health Law Policy, Biotechnology and Bioethics at Harvard Law School and Senior Advisor on Human Rights and Health Policy at Partners In Health.