Emergency Law Amendments to Fight Covid-19 in Egypt: Putting the Poison in the Honey

As of the evening of May 15, there were 11,228 confirmed cases of Covid-19 and 592 deaths in Egypt, and the infection toll continues to rise. Although Egypt closed its borders and implemented a nationwide night-time curfew, the state’s strategies seem so far unsuccessful in tackling the virus. Meanwhile, many are calling for a full lockdown to combat the spread of the viral outbreak, while the government announced that a state like Egypt cannot endure the economic cost of a full lockdown. However, in a country with a population of more than 100 million people, and a fragile health system, a full lockdown, even for a few days, could be inevitable, not a choice, to prevent what could be worse.

The Emergency Law no. 162/1958 was drafted in 1958 to expand the executive’s powers during emergency situations such as wars and internal unrest. Instead, however, it has been used for the purpose of giving the President extraordinary powers to repress any kind of opposition. Now, in light of the spread of COVID-19 across Egypt, amending the Emergency law was necessary to deal with the new health emergency situation. Hence, a proposal for amendment drafted by the government was submitted to the parliament for approval on 16 of April 2020. This proposal extended the list of actions that could be taken by the President during the state of emergency, in addition to giving the military judiciary jurisdiction over violations of emergency orders. On 22 April 2020, the Egyptian Parliament approved this proposal. This post analyses the amendments to the Emergency Law to shed light on the potential threat that could legitimize limiting the people’s rights and freedoms.

State of Emergency under the mandate of the 2014 Constitution

The quasi-permanent state of emergency, which has been in place for almost five decades, was one of the main catalysts for the escalations in 2011 which led to a popular revolution. The 2014 Constitution was drafted in its shadow. The new emergency provisions were concerned with avoiding the repetition of this endless state of emergency. Hence, whilst Article 154 of the Constitution gives the President the power to declare a state of emergency, it requires prior consultation with the Cabinet, and in addition, such declaration must be submitted to the House of Representatives within the following seven days for approval by a majority. Further, a state of emergency must be declared for a specified period not exceeding three months, which can only be extended by another similar period upon the approval of two-thirds of members of the House. In all cases, the House of Representatives cannot be dissolved while a state of emergency is in force.

One of the most significant criticisms of the 2014 Constitution is its silence regarding the circumstances under which a state of emergency might be declared, leaving this task to be regulated by ordinary law. The Emergency Law no. 162/1958 authorizes the President to declare a state of emergency “whenever public security or order are threatened” (Art. 1). This is, at best, a very wide and vague phrase which could give us only a glimpse about the meaning of a state of emergency. The law gives the President unlimited powers to establish exceptional tribunals, without any kind of a substantive review from the Parliament, though half of the law’s provisions are concerned with the functioning of these unchecked, and often arbitrary courts. Consequently, in the time of a pandemic that needs specific measures to be taken, and unique economic and social policies to be adopted, the need to amend this law was greater than in any previous time.

New presidential powers to contain coronavirus impact: What else?

While Art. 1 of Emergency Law no. 162/1958 has always considered “the spread of an epidemic” as one of the situations that authorizes the President to declare a state of emergency, many of the emergency measures that were prescribed in the law do not fit such a situation. The old version of Art. 3 lists these measures and states that the President may, by an oral or written order, restrict people’s freedom of assembly, movement, residence, or passage in specific times and places; to arrest suspects or persons who are dangerous to public security and detain them; to allow searches of persons and places; to seize journals, newsletters, and confiscate any property or building; and to withdraw licenses of arms. Consequently, the new amendments to the Emergency Law concerned giving more powers to the President, as head of the executive, to contain the impact of the spreading virus in society – not just from the public health perspective, but also taking into consideration the economic and social impact this special case of emergency would have on people’s lives. Hence, similar to measures that have been taken in other states, the amendments empower the President to suspend or shut down schools, universities and government agencies; and to oblige returning Egyptian expats to commit to quarantine measures. Moreover, the President now has the power to allocate cash and in-kind assistance to individuals and families; to offer financial support to medical research; as well as to provide financial and in-kind support to damaged economic sectors; and also to postpone the payment of certain taxes. While all of these measures had been already taken before the approval of the amendments to deal with the urgent and unprecedented event, it is still a positive step to end the breaching of the principle of legality, since these measures had not been previously prescribed by law.

As a political aphorism goes, one should “never let a good crisis go to waste”, and the government’s proposed amendments appear to be taking this maxim to heart. One of the new powers under an emergency that has been given to the President is “prohibiting all public and private meetings, assemblies, protests, parades, and any other forms of assemblies”. This raises concerns regarding the real purpose of such measure. Taking into consideration the permanent state of emergency in Egypt this provision could be used to eliminate the right to freedom of assembly. The Emergency Law already gave the president the power to “restrict people’s freedoms of movement and assemblies”. As the Egyptian traditional saying goes, this is like ‘putting the poison in the honey’. Indeed, the very nature of emergency measures includes extraordinary limitations on fundamental rights, but these measures ought to be capable of achieving their purpose with minimal alteration of normal rules and procedures in a democratic society. Thus, adding this provision among the needed public health measures makes one believe that this amendment is just a new weapon in the authoritarian legislative arsenal that has been under construction for the last seven years.

Even though the main justification of the new amendments to the Emergency Law is fighting the spread of COVID-19, and the military has no role in such a mission, a new provision expanding military judiciary jurisdiction was included in the amendment. The establishment of exceptional courts and giving a role to the military judiciary is not a new tool that the Egyptian state has resorted to during the time of emergency. Emergency Law no. 162/1958 allows the creation of emergency state-security courts, which are composed of judges in addition to military officers who can be added to the bench by the President (Art. 7). According to the new amendments, the military prosecution now has jurisdiction to investigate all events and crimes that are caught by military officers, while military officers did not replace police functions in controlling the pandemic and did not play any role during this crucial time. Further, whilst military courts have nothing to do with the violations of measures that have been adopted to tackle the pandemic, the amendments give the President the power to transfer any investigation regarding violations of emergency law to military prosecution (Art. 4). Meanwhile, in an arguably desperate attempt to avoid the breach of Article 97 of the Egyptian Constitution which states that “Individuals may only be tried before their natural judge”, the same provision gives the public prosecution the authority to set the final decisions concerning these investigations that are being operated by the military prosecution.

The core function of the judiciary during emergency time is to examine the most serious limitations of human rights introduced by the emergency legislation. An emergency law should grant the right to access to court, and a person who claims that his/her rights or freedoms have been violated should be able to achieve an effective remedy. Taking into account the near-endless state of emergency in Egypt, one can see the enormous effect of the expansion of military courts in civilians’ lives, by depriving them of their right to access to justice and fair trials. Since the removal of the Muslim Brotherhood regime by the military in 2013, there is a considerable dominance of the military in all state sectors, and possibilities for civilians to be referred to military courts have been increased, thus, these new amendments could be read in a wider context as a part of the ongoing militarization process of Egypt.

One could learn a very important lesson from the Egyptian experience as it relates to the state of emergency: A good constitutional text alone is not enough. The establishment of constitutionalism and the rule of law is “more of a set of practices than anything else”. The Egyptian Emergency Law no. 162/1958 is considered one of the worst pieces of legislation in the modern history of Egypt, given the wide scope of the exceptional measures that are allowed to the President, and the variety of its questionable legal implications. This law was one of the catalysts that led to the uprising of Egyptians in 2011. The essential problem of Egypt’s Emergency Law is the absence of any balance between delivering state security and respecting people’s fundamental rights. Although the new amendments included several public health measures that allow the state to contain the impact of the spread of COVID-19, the absence of a parliamentary and judicial review for the state actions during the emergency will remain a huge threat to fundamental rights and the basics of the democratic rule-making. It is almost enough to mention that the Supreme Constitutional Court repeatedly considered the declaration of the state of emergency a “Sovereignty Act”, thus, there is no jurisdiction for the Court to review such a decision.

Other posts about this region:
Ägypten 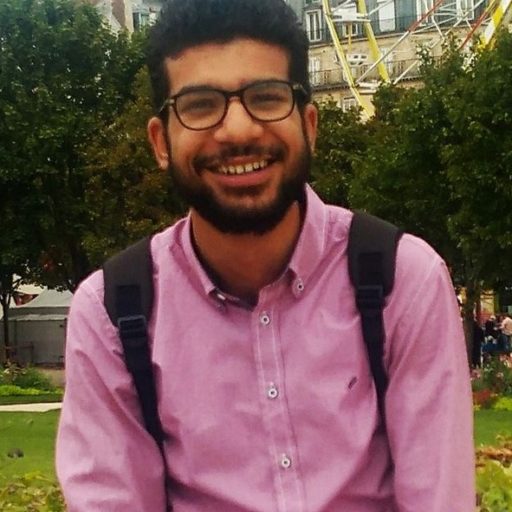 Other posts about this region:
Ägypten 1 comment Join the discussion
Go to Top