Fencing Off the Difference

On „LGBT-Free Zones“ in Poland

In late Summer 2020, the Polish public has become conversant in a field which is not usually a part of everybody’s curriculum: semiotics. What does a rainbow mean? While persons placing rainbow flags on public monuments are arrested for offense of religious feelings and profanation of monuments, the public is being bombarded with explanations of what the rainbow “really is”. A profoundly Christian biblical symbol of the covenant between God and humankind, a neutral sign of disagreement to the discrimination of sexual minorities and, by extension, all minorities, or a symbol actively mobilizing the social forces hostile to the Christian worldview? The voices pointing out the inherent context-dependence of symbols are hardly audible in the fierce combat over authentic meanings.

It is not for the first time that the polysemic rainbow has been put to scrutiny. However, for the first time in Polish legal history it has been connected directly and systematically to fundamental constitutional matters of equality, autonomy of a human person, freedom of expression, freedom of religion, the rule of law, and – crucially though somewhat unexpectedly – to the division of responsibilities between the state and the local self-government. While public statements of high-ranking politicians expressing hostility towards and disdain of sexual minorities have become common in the recent years, the problem of “LGBT-Free Zones” has given it a new constitutional quality.

The very expression “Polish LGBT-Free Zones” is rather imprecisely used to refer to one or both of two things: One is a sticker sold with the Gazeta Polska weekly in July 2019, bearing the caption “Strefa wolna od LGBT” (LGBT Free Zone), soon replaced with “Strefa wolna of ideologii LGBT” (LGBT-Ideology Free Zone). Stickers were used for marking various privately owned places and objects, and their sale was promptly halted by a court order. The other reference is the wave of resolutions taken since March 2019 by over 97 units of local self-government in Poland, including 42 municipalities (gmina), 38 counties (powiat) and 5 voivodships (województwo). The overall area of these units equals to more than a fourth of the territory of Poland.

The sample document of the first generation of the resolutions in question was a simple one-page statement reiterating with very little variation in over 50 local communities the declaration of the community’s “freedom from the LGBT ideology” or its intention to “stop the LGBT ideology”. The expression “free from LGBT-ideology” marks a common strategy applied by defenders of the resolutions: they argue that the resolutions are not directed against any concrete LGBT person but against an ideology as an abstract set of beliefs. The resolutions of the first generation clearly alluded (but, as far as I could ascertain, dod not refer directly) to the “LGBT+ Declaration for Warsaw” signed in February 2019 by Rafał Trzaskowski, then the newly elected President of Warsaw. Similar charters were later adopted by other cities, including Kraków, Częstochowa, Łódź, and Poznań. The opposition against the “LGBT ideology” was thus translated into the familiar terms of conflict between the city and the countryside long predating the 1989 transformation which sadly failed to alleviate it. The social divide between the city and the countryside is very deep in Poland, and the inhabitants of rural areas and small and middle towns do not share the attitude of sexual tolerance prevalent among the big-city dwellers. In 2019, while over 25% of the inhabitants of the biggest cities viewed homosexuality as a “normal thing” (14% being the national average), over 40% of farmers were of an opinion that it is not normal and should not be tolerated (average: 24%).

The crude formulations of the first-generation resolutions soon found an alternative in the much more recherché form of the “Charter of Family Rights” based on a blueprint published by the pro-governmental juristic think-tank Ordo Iuris in April 2019. These resolutions are phrased in a virtually non-emotional language, they cite the Constitution generously and they do not directly mention the LGBT or the LGBT ideology, focusing on the protection of rights of families (stressing the heteronormative meaning of this term in Polish legal system). Nonetheless, they were commonly framed, also by Ordo Iuris, as a continuation of the opposition against “LGBT ideology”. By August 2020, 38 charters of family rights had been adopted.

Preaching to the converted

Most resolutions of both kinds appeared in Spring and Summer 2019. In the elections to the European Parliament in May 2019 the “LGBT question” (I believe this historically heavily loaded phrase is in place here) became one of the core issues of national politics: the governing party mobilized its supporters around the Christian values allegedly under attack from the “LGBT ideology”. Many members of Catholic clergy enhanced this image, and it was in fact the archbishop of Kraków who preached the coming of the “rainbow plague”, making headlines at home and abroad. The voices of dissenters in the Catholic Church as well as the voices of other Christian churches were only audible to those who would listen.

As the matters escalated, the resolutions were directly engaged with by artists, including Bartosz Staszewski, who installed yellow signs reading (in four languages) “LGBT-Free Zone”, styled as the internationally used markings of military areas, at the borders of communities which had declared themselves to be free from “LGBT ideology” (see Ciastoch 2020). He then published online the photos of the inhabitants of these communities who felt excluded by the resolutions.

Staszewski’s performance covers pretty much all the constitutionally relevant aspects of the anti-LGBT resolutions: the false difference between “LGBT ideology” and “LGBT people” shown on the photos, the undue exclusion of a subset of the inhabitants of local communities, the use of sexual preferences as a criterion for political belonging, the use of local self-government law-making to express commitment to a specified world-view, and, last but not least, the military hueing of the situation.

Much of the criticism was sustained by the decision of the District Administrative Court in Gliwice made on 14 July 2020, the justification of which was published on 24 August 2020. Following a motion by the Commissioner for Human Rights, the court has declared the resolution taken by one community null and void. In particular, the court has rejected the argument that the exclusion of the “LGBT ideology” in this case was not equivalent to exclusion and discrimination of LGBT people. The court also pointed out that a generalist treatment of LGBT persons as a collective carrier of a single well-defined ideology is far from accurate. Two other anti-LGBT resolutions were nullified by administrative courts following the motions by the Commissioner of Human Rights, and more cases are pending. However, what the courts’ decisions can really amount to apart from their moral effect is far from certain. The “reform of justice” in Poland which has been going on since 2017 has further undermined the popular image of the courts which has never been particularly good to begin with, and the systemic position of the judicial power is precarious at the best.  That the court takes the side of LGBT people will very likely be taken by the supporters of Prawo i Sprawiedliwość as but one more proof of social alienation of the judiciary.

The European Parliament and the European Commission have repeatedly taken stance against the resolutions. As a follow-up, some international partners of Polish communities which have declared themselves “free from LGBT ideology” renounced the partnerships, and in July 2020, the EU refused to grant dotation to six communities which had adopted the anti-LGBT resolutions.  International reactions did little to prevent violence in the street as one more attempt to assert the rainbow symbol in the religious Catholic context was made: in late July and early August 2020, rainbow flags were put on a number of monuments, including the statue of Christ at the front of the St. Cross Church in the very center of Warsaw, some 500 meters from the Presidential Palace. The latter act was subsequently interpreted as a blasphemy by many: “a symbol of a sinful lifestyle” imposed on a sacred image, as the former presidential right-wing candidate Krzysztof Bosak put it.

During the demonstrations in Warsaw, observers and participants, including Polish and European MPs, and students of the University of Warsaw, repeatedly reported police brutality. Arrests for offense of religious feelings and profanation of monuments followed.

A small but significant fact: twelve persons, including priests, rabbis, celebrities and academics have promptly offered surety for an LGBT activist who had been arrested during the demonstration and detained for two months on previous charges. Thus, the West and specifically the EU, which the Right holds responsible for the spreading of the “LGBT ideology”, join forces with an intellectual minority in defense of a cause which is culturally lost. Whoever is preaching non-discrimination and equality as constitutional values in today’s Poland, may only preach to the converted.

While it is far from certain if a détente is in sight, the legal questions remain. The status of minorities, including sexual minorities, is the most important of them. Another one is the possibility that the agenda of “freedom from LGBT-ideology” which could not have been legally accomplished by local self-government will now be adopted by the central government and the parliament, where no court may interfere (that the Constitutional Tribunal will not interfere can be taken for granted). The regime of protection of monuments and the governance of the public space is also affected by recent developments. And, of course, the evolution of the “offense of religious feelings” in Poland is another vital query. If a “sinful lifestyle” could be construed as an offence to religious feeling, anyone leading a life falling short of a religious ideal may expect to face penal sanctions well before eternal damnation. Will the sinless, please, step up?

What is happening in Poland today is a culture war articulated as such by both parties to the conflict (as the rampant polarization of the discourses has reduced the complexity of the debate to a simple binary opposition). National identity is at stake. Analyses of why the core of Polishness should be primarily defined in sexual terms will undoubtedly not be long in coming, and Theodor W. Adorno’s famous essay Freudian Theory and the Pattern of Fascist Propaganda is a ready source of inspiration. But of course, the Right operates with a very extended notion of sexuality: Sexual difference has been turned into a total marker of social identity which precludes all nuances and shadings.

Once diversity is defined wholesale, it has to be either accepted or excluded wholesale, too. The semiotic consequence is a flattened and undiscerning reading of symbols that impoverishes the understanding and hampers the ability to articulate reasons. What drives the anti-LGBT campaign in Poland is the fear of small numbers which Arjun Appadurai once prophesied would bring about the end of liberal democracies. Appadurai’s description of a “predatory identity” displays much resemblance to the national identity project of the political Right. Predatory identities are born out of angst caused by complexity and plurality. They feed on craving after homogenous community in which each and every difference can be fenced off. The dislike of dissent featured extensively in the rhetoric of Prawo i Sprawiedliwość from the very beginning of its rule in 2015, which may seem a paradox considering the scale of social conflict which the party has unleashed. But it is not a paradox if the way to deal with dissent in the community is to declare that the dissenters do not belong to the same. 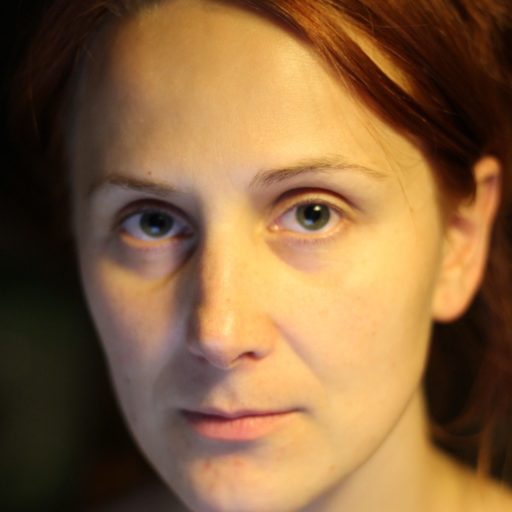