First reflections on the PSPP judgement of the German Constitutional Court

Karlsruhe’s latest judgement on the PSPP (the ECB’s programme of quantitative easing) is its most assertive yet, finding both the ECB’s programme and the ECJ’s greenlighting of it to be ultra vires. Its assessment of the ECJ and blank refusal to follow it, is damning and will damage an already fragile constitutional fabric, as well as potentially encourage other increasingly Eurosceptic courts to contest the ECJ’s authority. With respect to the material constitution of the Eurozone, it is the closest the German Court has come to detonating its weapon. It just about held off on pulling the trigger by offering the narrowest of escape routes: the ECB has three months to do its homework to show it has balanced the negative economic policy effects of the programme against its monetary policy objectives.

Unless the ECB obliges with this demand, the organs of the German state (including the Bundestag and Bundesbank) must frustrate its programme, shredding its credibility and also its effectiveness. Although the Court explicitly separates the judgement from the Corona crisis, in reality its weapon is aimed as a warning against Corona measures (such as the Pandemic Emergency Purchase Programme, PEPP), that might violate Article 123 TFEU (prohibiting monetary financing of the budget), and more broadly against any risk sharing, that would be in violation of core German constitutional identity in order to protect the budgetary autonomy of the Bundestag against further mutualisation.

The judgement undoubtedly raises the stakes in a deeply unsettling moment for the euro area, facing the massive challenge posed by Covid-19 in an already vulnerable economic situation. It moves the German state closer to a full-fledged fight with either the EU or its own Constitutional Court by threatening to prohibit Germany’s participation in a programme that has existential significance for the euro and, in turn, the EU itself. It could even precipitate a flight from the EU if the penny finally drops in other Member States that the euro may be ‘irreversible’ but is likely also ‘irreformable’, frozen by the dual obstacle of treaty change and German constitutional rigidity.

The dilemma can be simplified in the following terms. On the one hand, the German Constitutional court is protecting the ‘spirit’ of the German constitution, and this in turn means a limitation of the ECB’s (and ECJ’s) powers in accordance with Maastricht rules that were democratically mandated by the ‘Masters of the Treaty’ (conferral of powers, no monetary financing, primacy of price stability etc). Its own ultimate authority to protect this ground has long been asserted if not, as yet, fully tested. On the other hand, the ECB (and indirectly the ECJ) is protecting the ‘spirit’ of the EU ‘constitution’ in the broader sense (the ‘irreversibility of the euro’), and this in turn means an expansive interpretation of its powers in times of crisis, including first through OMT and then since 2015 the PSPP in order to ‘buy time’ through multi-trillion euro asset purchases. The ECJ has acquiesced, granting a large margin of discretion to the ECB, and in OMT insisted on its own ultimate authority to rule on the validity of ECB measures in defiance of the German Constitutional Court’s threatening posture, whilst assuaging Germany’s substantive concerns that OMT might bypass conditionality (all the while paying little attention to the complaints against conditionality from the perspective of debtor states).

The disagreement between Karlsruhe and Luxembourg is not only due to the different wording of the ‘texts’, which they guard, or even the different interpretations of the ‘spirit’ of these texts and the latitude they permit to the Central Bank. Nor is it that one is the guardian of a full Constitution (it is a Basic Law), the other of a mere International law (it is more than ordinary International Treaty). It is fundamentally that for the German Court there is no emergency situation, that would justify a departure from the Maastricht rules. The powers permitted by this normative framework, however, are now so vaguely interpreted, and the lines between monetary and economic policy so blurred, that they become a tussle of political interpretation rather than a question of identifying the transgression of clearly delineated competences. The insistence on proportionality testing is merely a way of dressing up these political differences in a legal garb.

The depth of the problem appears when the normal situation is asserted on behalf of the EU as a whole, despite all the evidence that it is once more closely resembling a crisis. If Karlsruhe’s assertion of normality was upheld by the ECJ, it would reveal the hegemony of the German Court’s view (which is in fact more in accordance with the letter and – at least in part, the ordoliberal – spirit of the treaty), whilst paradoxically leading to the unravelling of the Union, by hampering the financial rescue of ailing Member States. If the justification of the ECB’s exceptional powers were legitimised, it would rubberstamp measures, that are increasingly suspect from the perspective of political and legal accountability.

And yet, despite the enormity of the stakes and the increasingly hostile judicial rhetoric, the most likely outcome remains another fudge of some sort. Extraordinary interventions will be permitted so long as it remains clear who is ultimately in charge and on what terms. Essentially this means respecting ordoliberal stability principles, at least rhetorically. As long as the ECB shows some willing, its homework will likely be graded ‘satisfactory’. If this cannot be achieved via a version of Central Bank asset purchasing, it will be by the submission of Member States to the European Stability Mechanism and the forfeiting of fiscal sovereignty backed up by the OMT. The longer-term costs of limiting the capacity of the ECB and the EU to intervene in the Corona crisis and more generally of frustrating any fix of the design flaws of the euro may be great. The costs to democracy of the present fudge even greater. But why is the fudge so chewy?

To understand the depth of the predicament we have to consider the broader geopolitical and constitutional context. To simplify, the reason the fudge must go on, is that Germany’s position can only ever be ‘semi-hegemonic’, so long as it is not willing to become the ‘benign hegemon’, which would mean loosening its rigid economic and ideological grip; but it will always be ‘semi-hegemonic’, so long as the option to leave the EU exists only on paper (with regard to the euro, not even on paper), and flight is regarded as a fantasy by Member States.

To avoid the first horn of the dilemma, the Treaty would have to be changed, explicitly transforming the monetary union into some kind a transfer union. But this would likely require a constitutional change in Germany, possibly even a new Constitution, underlining that the current norm is underpinned not only by Maastricht but by the post-war constitutional settlement. To avoid the second horn of the dilemma, Member States would have to be able and willing to reclaim their own sovereignty and be ready to leave the EU, an option that is also repressed in the very same postwar constitutional imagination. For the dilemma to be resolved in any direction, either towards mutualisation or towards exit, the postwar settlement would have to be reopened. This would perhaps require nothing short of a revolutionary moment.

In other words, the fudge is so chewy because it can neither be swallowed (political union) nor spat out (exit), even as its taste becomes more and more unpleasant.

Other posts about this region:
Deutschland, Europa, Germany 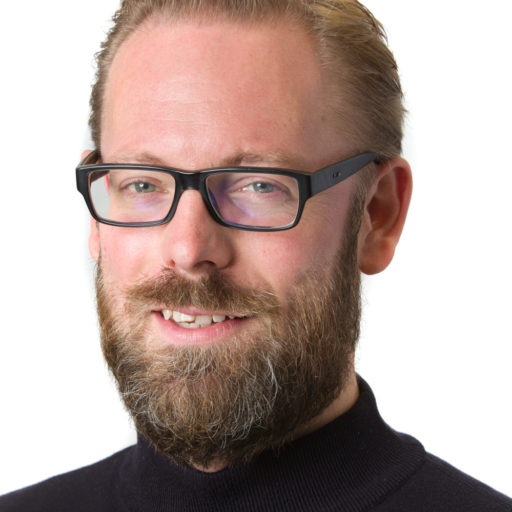 Other posts about this region:
Deutschland, Europa, Germany 2 comments Join the discussion
Go to Top