Financial Scrutiny of Frontex as a Political Accountability Tool

An investigation by the European Anti-Fraud Office (OLAF) on allegations of misconduct within Frontex ended with a report classified as confidential, which was therefore only accessible to the agency’s Management Board. Shortly after submission of the report, Frontex’ Executive Director (ED), Fabrice Leggeri, resigned, opening up a new cycle in the governance of the agency. Following up on this, the European Parliament (EP) decided to postpone the discharge of Frontex’ budget on the ground of lacking information with regard to the subject of the OLAF report.

The possibility for the EP to grant a budget discharge to EU agencies is not provided by the founding Treaties, as these only refer to the discharge procedure in relation to the Commission (Art. 319 TFEU). However, the 2018 Financial Regulation (Art. 70(4)) extends the scope of this provision to each European institution and body carrying tasks on behalf of the EU. The procedure is the same as the one described in the Treaty (Rule 100 of the Parliament’s Rules of procedure). Budget discharge for an EU actor does not have legal consequences, but represents an assessment by the democratically elected institution on how that actor has performed its task of implementing the budget.

In this contribution, I argue that the EP’s refusal to approve the discharge of the budget of Frontex, even though having little impact on the financial stability of the agency, is a tool to enable the political accountability of Frontex.

Frontex is one of the major recipients of EU funds allocated for migration and border management in the 2021-2027 multiannual planning. Its annual budget increased from 6 million Euro in 2005, up to more than 750 million Euro in 2022. Nevertheless, most of technical resources at disposal of Frontex are made available by the Member States (MS). Although direct supplies from the MS should be considered as a last resort in selecting technical equipment (Art. 3(3) of the Frontex Management Board Decision of March 2022), in 2020 alone national contributions accounted for over 80% of the overall equipment used in Frontex operations, thereby making the Agency heavily dependent on MS’ solidarity for its operations. MS’ support is indeed proportional to Frontex’ success in securitising external borders.

It is therefore evident how MS-patronage within Frontex is not just a matter of burden sharing, but it has deeper political implications: as an EU agency, Frontex is called upon by the EP to provide an account of the execution of its mandate, in accordance with policy priorities that are set out at the EU level, including the implementation of its budget.

Clearly, Frontex is torn between two paradigms. On the one side it should act as an authentic European agency in the implementation of EU policy priorities, hence adopting a pan-European approach and fostering the principle of fair sharing of responsibility in migration matters (also in terms of reception duties, as it is established by the 2018 Migration Pact). On the other side, it is bound to stand with the MS’ claims for more internal security and support them in strengthening their borders – including with weapons and other use of force.

Leggeri’s answer to the French newspaper “Le Journal du Dimanche” regarding the agency’s mandate has been emblematic on this point: according to him, the real question is what the EU should do when sixteen MS agree on asking European funds for strengthening their borders, even with walls. This answer epitomises the dilemma Frontex represents, in that it is primarily an executive body of the Commission in shaping European border management policy, but having the MS on the driving seat of the whole machine.

The assumption that Frontex’ action is led by MS’ security interests allows us to focus on the actual budgetary expenditures by the agency. In fact, Frontex does not provide clarity regarding the expenditure of its budget to the public domain, as the Executive Director only has reporting obligations to the Management Board, which is composed of one representative for each MS – with two additional seats reserved for representatives of the Commission (Art. 101 EBCG Regulation). However, it is extensively reported that after the 2015 refugee crisis most of Frontex expenditure has concentrated on reinforcing Fortress Europe by increasing border surveillance and deportations. Out of the 434 million Euro spent in the 2014-2020 period, more than 100 million concern ‘purchase contracts’ with few private companies delivering aerial surveillance technology, in order, for example, to track vessels in distress and communicate with the Libyan coastguard to push back migrants. A similar amount has been allocated for tendering out deportation flights to a cluster of aerial companies.

Over the years, a network of private companies from strategic MS has thus been created, monopolising the European market of security and defense whilst lobbying Frontex as the most suitable client on the market. The degree of transparency of these contracts is especially concerning, as 72% of the companies that Frontex has contracted in the period 2018-2019 were not recorded in the transparency register of the EU.  Transparency issues in Frontex’ contracts, combined with its inefficiency to provide information about real costs of its operations – as reported by the Court of Auditors – affects the EP’s possibility to exercise effective scrutiny on the implementation of funds.

In summary, in the last seven years, Frontex turned into an armed branch of the MS, supporting them in pursuing their internal security and jeopardizing its function of preserving fundamental rights, which is enshrined in the agency’s mandate (Art. 5 of the Frontex Regulation). Lack of transparency came at the expense of the EP’s role of political account-holder. This background provides the basis to understand the EP’s decision to postpone the budgetary discharge of the agency following the filing of the OLAF report.

The EP resolution postponing the discharge of Frontex

One of the purchasing contracts signed by Frontex with a Polish software company led to a possible case of fraud by the Polish contractor. It is worrisome that this company is still getting contracts from the agency, some of them worth millions. This case triggered an investigation by OLAF into Frontex’ affairs. The investigation ended up in a 200 pages report containing heavy allegations against three leading Frontex officials, including the ED Leggeri, who resigned a few weeks after the filing of the report. The EP has repeatedly requested access to the file contents, both to the Commission and to Frontex’ Management Board, and so far its request has been denied.

Therefore, in its Plenary Session of 4th May 2022, the Parliament withheld its approval of Frontex’ 2020 budget management, by postponing its budgetary discharge to autumn 2022. In its final resolution the MEPs pointed to the fact that, since they have not seen the full OLAF report, they are unable to make an informed decision at this point in time.

It is evident that the EP’s role as the main EU budgetary authority performs a function transcending the mere financial control, being rather a tool for political accountability in the multilevel system of EU governance, with Frontex as a landmark case. The next paragraph substantiates this assessment to draw conclusions.

Financial scrutiny of Frontex as a political accountability tool

Other contributions to this blog debate (see Marin and Coman-Kund) stated the governance structure of Frontex is disproportionally convergent towards MS instances, and does not represent the institutional balance of powers in the EU. The EP’s decision to postpone the discharge of Frontex, although having very little financial consequences, can be a way to recalibrate such imbalance.

On the one hand, due to its procedural rather than substantial nature, budgetary discharge does not have binding effects on the targeted body. Therefore, postponement of Frontex’ discharge does not affect financial operations already accomplished by the agency, nor does it limit future operations until the discharge will be given. This is problematic from a financial accountability perspective, in that even when there are suspicions of fraud (as is the present case), the main body charged with oversight of EU finances does not have a tool to constrain the agency in its financial management.

On the other hand, the EP’s refusal to approve giving the discharge can be viewed as a political act underlying a mismatch between budget implementing measures and general policy orientation. Accordingly, the postponement of Frontex’ discharge puts significant political pressure on it. Relevant obligation includes the duty to take all appropriate measures to address EP’ observations on the execution of expenditure (Art. 262 Financial Regulation) or to provide the EP with evidence on the execution of expenditure at its request. Ultimately, failure to comply with EP’s recommendations may lead to the adoption of a censure motion (Art. 234 TFEU).

The Parliament can thus use its power to postpone the discharge to exert political influence on an executive agency, as was also the case with Frontex in 2021 and EASO in 2018. The latter led to the resignation of the EASO ED in June 2018. In both cases, the postponement decision stemmed from allegations of political misconducts of leading persons within these agencies. Both Frontex and EASO have seen their mandate expanded in the implementation of EU border management policies, with a non-equal expansion of accountability mechanisms. Hence the budgetary procedure was the main political tool enabling the EP to hold them accountable for degeneration of fundamental rights guarantees in their activities. In the present case, by keeping Frontex under the threat of refusing discharge in autumn 2022, the Parliament exercises political control in the post-Leggeri transitioning phase. Whether it will be enough to recalibrate the political asymmetry within the Frontex governance is still to be seen. 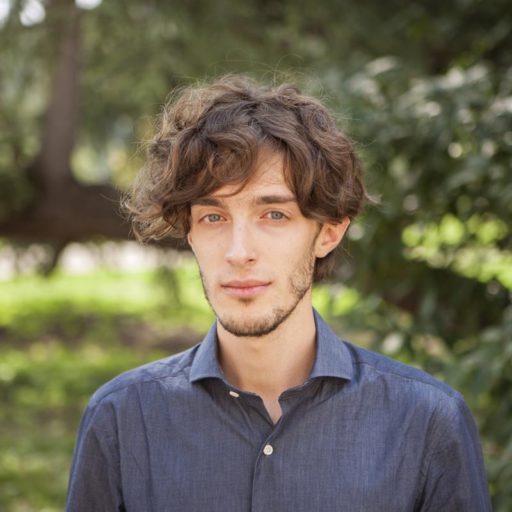 Michele Gigli Michele Gigli is a PhD researcher at the European University Institute. His research focuses on the governance of migration and external borders, especially in its financial dimension.