1. What were your thoughts when you first heard of the result of the referendum this morning?

I was watching the TV last night when the first two results were declared (Sunderland and Newcastle) and these immediately triggered concerns that never went away about Remain underperformance. I was pretty much awake all night following it on twitter, and sleep was an impossibility. I was rather numb this morning, but talking it through with a number of people and doing a couple of media interviews, as well as the inevitable social media mawkishness has helped.

I’m horrified by the result which I am still struggling to understand, although I’ve heard all the arguments about people being left behind and facing a fear of immigration, etc. I was pleased that Scotland voted solidly and strongly for Remain.

2. Could an exit of the UK result in changes to the constitutional setup of the European Union, for better or worse?

I think that’s unlikely although I know that some people may be happy to see the UK go as it might remove a brake on certain changes (although in my view they are then likely to realise that lots of other Member States are also opposed to closer integration and oppose any further treaty changes), and won’t lead to the unravelling of free movement. But in practice, the UK’s evolving disentanglement from the EU might create a de facto or even de jure type of halfway house membership to accommodate British exceptionalism.

I’m not happy about what’s happened, but I wonder if the time has come to question whether the EU has somehow run its course and transnationalism in Europe – which is essential – needs to be reinvented in some other form (I genuinely believe that if the EU didn’t exist we would need to invent something like it).

3. What does the referendum teach us about the merits and limits of direct democracy?

I am not a fan of referendums at all, and I’ve definitely had my fill of them after yesterday’s. I don’t think referendums are the appropriate mechanism for dealing with these types of issues – I rather agree with what Richard Dawkins had to say about that issue. Citizens in general here do not have the necessary expertise. That might sound elitist, but actually it’s simply in support of representative democracy. We elect members of Parliament to deal with such questions.

Moreover, in the UK, we don’t have a proper and effective regulation of the supply of unbiased information as they do, for example, in Ireland. So we got into the situation where no one was accepted as offering unbiased information and we entered a ‘post truth’ phase of politics with a lot of mudslinging and a totally impoverished debate regarding some pretty complex matters. I also think we were very badly served by many sections of our media, in particular the broadcast media that often did not hold the Leave side to account for its downright lies, e.g. perhaps most painfully from the perspective of someone such as myself, on Turkey and membership. Already there is anecdotal evidence to suggest that some voters and some regions are regretting already their vote and the outcome. People will realise that it’s not just an act of economic self-harm, but also self-harm to our passports and our freedoms.

We should also think about using supermajorities or double locks (territorially based) in respect of these types of cross-UK referendums, if we ever do it again.

That said, it is perhaps only through further referendums that we might salvage something from the wreckage, as I comment below.

4. Do you think the decision for Brexit could be reversible?

Yes, it could be. There’s a possibility for the Article 50 trigger to be delayed, and the UK simply to carry on in membership, and then – once the UK population has had long enough to digest the real implications of Leave (see answer to 3 above) a second referendum could be held, perhaps this time under better conditions. I’m not sure that this will happen, though, precisely because the issue is complicated by the internal territorial pressures discussed in the next section. I don’t think anyone is under any illusion that Boris Johnson is not some sort of ideological Leaver, so it could be that if he becomes Prime Minister then we will see moves in this direction. An alternative might be a sort of ‘soft leave’ suggested by my colleague Stephen Tierney.

5. Do you see a way to keep Scotland and Northern Ireland within the European Union?

Northern Ireland is legally complicated and politically fraught. I think I would prefer those with a real expertise in the legal situation and the politics of the question to answer that question rather than wading in without really knowing what I’m doing. I will just say that Sinn Fein’s immediate call for a referendum on reunification in Ireland was utterly predictable in the circumstances.

Scotland is a politically easier question – it’s had one (constitutionally and legally framed) referendum, and it voted solidly and strongly to remain. Hence calls for a further referendum to pave the way for legal steps to be taken to keep it in the Union as part and parcel of an Article 50 process (perhaps combined with Article 49), or an Article 48 process that sees it substitute for the UK as a whole seem legitimate. In terms of Articles 48, 49 and 50 we are largely back where we were during the Scottish independence referendum when those various provisions of the treaty were regularly bandied around. My own view is that if the political will is there then I wouldn’t see any difficulty with the various processes being bundled together with relevant transitional provisions and amendments to the institutional provisions of the treaty. And as to the political issues: well the problems that were directed at Scotland when it was contemplating seceding from the UK and then trying to keep or restore EU membership may not arise in the case of a Scotland that is trying to minimise Brexit by reference to the political will of its citizens, because this case can be clearly distinguished for the purposes of avoiding a contagion around places such as Catalonia. So Spain would probably be more sanguine about this option, because it could see that Scotland trying to minimise Brexit is actually strengthening the EU which is in Spain’s best interests.

I can see Scotland being an independent country within the EU before the end of the decade.

By the way, heaven knows what’s going to happen to Gibraltar…. 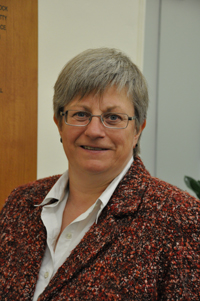 Jo Shaw Jo Shaw is a professor for European law at the University of Edinburgh School of Law.