Our international norms are arguably ill adapted to emergencies such as pandemics. In this contribution I discuss a potential remedy for one related challenge, namely a cooperation amongst competitors for the accelerated development of vaccines. A way to foster cooperation could be the use of fair, reasonable and non-discriminatory (‘FRAND’) terms to the licensing of pandemic-essential intellectual property rights (IPR). Specifically, states could make participation in public procurement for vaccines by pharmaceutical companies conditional upon accepting FRAND terms for their IPR relevant for vaccine development. I do not suggest changes to the existing rules for allocation of IPR. Rather, I attempt to explore an acceptable limitation of such rights in case of a pandemic.

Transposing the concept of FRAND terms from standardisation to the licensing of pandemic-essential IPR has potential because of the concept’s flexibility. FRAND terms do not require commitment to specific royalties in advance, therefore leaving room for considering new information such as the monetary value of the IPR concerned or the severity of the health crisis.

I consider the more practical implementation of FRAND terms in a global pandemic context, in line with the European Commission’s interpretation stipulated in its Horizontal Guidelines 2011/C 11/01. First, as for standardisation, the successful vaccine tenderers would provide ‘an irrevocable commitment in writing to offer to license their essential IPR […] on fair, reasonable and non-discriminatory terms (‘FRAND commitment’)’ to the concerned WHO member states. The requirements ‘fair’ and ‘reasonable’ encompass the new information referred to higher. The requirement ‘non-discriminatory’ relates to the equal treatment of competitors, in line with the FRAND terms’ goal to prevent discriminatory royalty fees. However, unlike for standardisation, vaccine developers should not be expected to apply FRAND terms vis-à-vis all third parties. Rather, their FRAND commitment should extend to all competitors bound by the same commitment, across the WHO member states. Second, a clear IPR policy should be readily available upon the declaration of a pandemic by the WHO, containing principles fit for the pandemic at stake. Third, a requirement for good faith disclosure of pandemic-essential IPR should be imposed on successful vaccine tenderers. Depending on the developmental stage of the vaccine concerned, the IPR policy could require an ongoing disclosure of relevant IPR, or be limited to disclosure upon committing to the policy.

The proposed regulatory framework consists of three levels. First, the framework falls within the scope of the WTO’s TRIPS agreement. Imposing FRAND terms as licensing conditions for a patent concerns a limitation of the rights conferred by said patent. However, as the aim is to foster cooperation regarding research on vaccine development, the framework could benefit from the flexibility included in Art. 30 TRIPS, via a research exception. FRAND terms are inherently well-placed to comply with Art. 30 TRIPS, as reasonableness is a common requirement. The second relevant regulatory level is the national level, concerning member states of both the WTO and WHO. Member states which have transposed the research exception of Art. 30 TRIPS in national law could require vaccine developers to apply FRAND terms to the licensing of pandemic-essential IPR. Such requirement could be imposed via early stage public tenders for vaccines. If not accepted, vaccine developers would be excluded from public procurement, and they would not receive access to potentially relevant IPR from competitors under FRAND terms for research purposes. As finding political consensus for the compulsory introduction of this system is unlikely, WHO member states would participate on a voluntary basis. Also, the prioritisation by member states of vaccines developed on the basis of FRAND terms can only be upheld in so far as it would not jeopardise public health. To ensure a uniform approach by the states, the WHO acts as a third regulatory level. Together with the declaration of a pandemic by the WHO, an IPR policy containing the key aspects of the licensing (FRAND) terms is issued, tailored to a specific pandemic. Such procedure could be formalised by the WHO in an international pandemic treaty or other legal instrument. The new IPR policy would remain generic, only harmonising what is strictly required to incentivise finding new vaccines against the disease causing a pandemic.

The described framework should remain subject to conditions safeguarding fair competition and compliance with the agreed terms. National courts and competition authorities of WHO member states would perform supervision and enforcement thereof. First, as competition law is not harmonised internationally, supervision will be performed in line with national (or supranational) legislation. Independently of the supervision framework chosen, corporations should in any case ‘document all exchanges, and agreements between them and make them available […] on request’ (EU Temporary Antitrust Framework concerning COVID-19) in order to facilitate supervision. Second, it is difficult for courts and competition authorities to assess whether FRAND commitments have been honoured, as ‘cost-based methods are not well adapted to this context because of the difficulty in assessing the costs attributable to the development of a particular patent’ (Horizontal Guidelines), a statement which can be extended to other IPR. Ex ante disclosure of the most restrictive licensing terms to the supervisory authority may constitute a solution. Upon conclusion of the public tender, vaccine developers communicate their most restrictive licensing terms for pandemic-essential IPR, including an estimate of royalties. This could serve as a reference framework for both supervision and enforcement. How the exchange of such information amongst states would take place, is subject to further discussion. 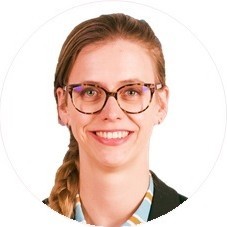