From Charity to Justice in the Pandemic

Earlier this week, German Health Minister Jens Spahn was first in the line of illustrious speaker at the Berlin World Health Summit. He emphasized astonishing progress in responding to the Covid-19 pandemic and, while noting the inequitable access to vaccines and treatments, took comfort in the fact that Germany is now the number one donor of the World Health Organization (WHO). Germany also just backed WHO Director-General Tedros Adhanom Ghebreyesus for a second term. Even if referring to each other as brothers, or Brüder, was a little uneasy for Minister Spahn, their mutual appreciation seemed real. Still, Tedros struck a remarkably different tone and critiqued political leaders of the Global North: ‘The pandemic will end when the world chooses to end it’, he remarked. ‘It’s in our hands. We have all the tools we need: effective public health tools, and effective medical tools.’

There is no doubt about who must make the right choices, and whose tools are needed. Again Tedros: ‘Manufacturers must share know-how, technology and licences, also including the waiver of intellectual property rights.’ We must end the pandemic ‘by pulling out all the stops to reach our target of vaccinating 40% of the population of every country by the end of this year.’ Like Tedros, United Nations (UN) Director-General António Guterres spoke to decry ‘vaccine nationalism’, and to urge that technologies as well as knowledge be shared so as to allow more countries to produce vaccines and treatments.

One of the targets of critique was Germany’s staunch resistance against a decision in the World Trade Organization (WTO) to waive intellectual property rights under the Agreement on Trade-Related Aspects of Intellectual Property Rights (TRIPS Agreement).

Since India and South Africa proposed such a waiver a year ago, its merits have been hotly disputed. Most of the 164 WTO Members have rallied around the proposal while Germany is one of the few to oppose it. Like the UK, Switzerland and the European Union, who are also against, Germany is accused to dance to the tunes of big pharma. BioNTech has indeed lobbied heavily in Berlin and Brussels. The economic stakes are real. Pharma’s stocks dropped significantly after the US announced that it, too, would back the waiver. Dents in pharma’s projected profits should however not be the biggest concern and arguments against the waiver don’t withstand scrutiny beyond that. Uncertainty about what a waiver can practically achieve is perhaps the best reason against its adoption. But it is an insufficient reason. If lack of impact is the biggest worry, what’s the harm in trying?

There is an important additional point in support of the waiver. The pandemic magnifies structural inequalities as well as relationships of domination and dependence, which are solidified in legal arrangements. Intellectual property rights are a prime example in this regard as they have helped to concentrate the creation of economic value in the Global North while consigning the Global South to lesser activities—‘designed in California, mined in Congo, assembled in China’. The same patterns unfold in fast motion in the pandemic. Rich countries first undermined the COVAX Initiative, which was set up to manage the acquisition and distribution for all states. Donations are now good and necessary. But such acts of charity must not be mistaken for justice, which requires a transformation of relationships of domination and dependence. At issue in the stand-off about the waiver are once more questions of respective knowledge, capacity, and empowerment. The waiver should be adopted because not adopting it would signal that private profit trumps considerations of justice.

A step back: What is the bone of contention? The Agreement on Trade-Related Aspects of Intellectual Property Rights (TRIPS Agreement) ties every WTO member to a set level of intellectual property (IP) protection. While these are minimal standards, by historical and cross-country comparison, they are in fact rather high due to the influence of the US and EU. The TRIPS agreement balances IP protection and its acclaimed purpose of incentivizing innovation with other public policy objective such as the ‘protec[tion] of public health’ (Arts 7 and 8 TRIPS Agreement). The Agreement recognizes different ways of abridging IP rights, conditionally allowing members to authorize the production of a certain product—i.e. a vaccine or treatment pharmaceutical—even without the consent of the patent holder through so-called decisions of compulsory licensing.

The exact balance between competing objectives has been fought in the context of the HIV/Aids pandemic, leading, in 2001, to a stronger consideration of public health problems in developing countries and, in 2017, to a formal amendment. Then as now, a few countries have resorted to compulsory licensing, especially concerning treatment medicine. So far not used is Art. 73, which allows members to take any action ‘necessary for the protection of its essential security interest’.

Several actors have still claimed that the flexibility built into the Agreement is insufficient to address the needs created by Covid-19. A large majority of WTO members has therefore rallied around the proposal to adopt a waiver which suspends obligations (per Art. IX:3 WTO Agreement).

What it Can Achieve

Eying Germany’s opposition to such a waiver, a long list of former Heads of State and Nobel Laureates called on the three leading candidates in the run-up to Germany’s recent federal elections to change course. Echoing this week’s words of WHO DG Tedros, they claimed:

The fact that a few vaccine producers hold monopoly control over how much vaccine is made and where it is made has resulted in a serious shortage of doses. As a result, billions of people remain unvaccinated in countries without access.

What can a waiver achieve? Where will it fall short? The legal side of that debate has been well summarized by Franziska Sucker, among others. The practical effects will largely depend on the degree to which capacities and knowledge for producing a vaccine and related products already exist. Such capacities and knowledge are wide-spread for medical equipment and treatment drugs, but much less so for vaccines generally or the path-breaking BioNTech mRNA technology specifically. Those who argue for the waiver then also tend to suggest that technology and knowledge be shared for which, however, the willingness of the leading companies remains a prerequisite, also if a waiver is adopted.

Some pharma companies have agreed to cooperate for global production. AstraZeneca has concluded an agreement with the Serum Institute in India and other institutions in Brazil, Argentina as well as Thailand. Merck wants to grant royalty-free licenses for its antiviral pill used for treatment. Also BioNTech just announced that it wants to develop its own production facility in Africa, stating that the plans are ready but that construction would only start in 2022. A waiver could ease those collaborations, too, because it suspends rather strict conditions for licensing agreements. While it is not a panacea in the present pandemic, a waiver of IP rights holds the promise of speeding up collaborations.

The main arguments against the waiver are two-fold. First is the argument that it is ineffective. Pharma has argued that waiving IP rights would not lead to a single additional vaccine for lack of knowledge and capacity. Even if that were so, it is not a good enough reason. Only slightly better is the second argument, which rehearses the well-received justification of IP rights generally: They are necessary to incentivize research, development, and thus innovation.

A German spokeswomen adopted the words of the industry in opposition to the waiver: Without the expectation of profits secured through patents incentives to invest in research and development would decrease. ‘The protection of intellectual property is a source of innovation and this has to remain so in the future’, she claimed. The just updated Report on Promoting Access to Medical Technologies and Innovation, issued jointly by the WTO, the World Intellectual Property Organization (WIPO) and WHO, also pays heed to this justification and notes that ‘the global IP system provides an incentive framework in which urgently needed innovation in relation to COVID-19 can be encouraged.’

By wide-spread acclaim across academic disciplines, however, the international legal protection of intellectual property as gone too far, stifling rather than incentivizing innovation. What is more, pharma’s arguments do not fit well with the fact that money spent over the past years on research and development as in fact been less than what was spend on marketing and promotion, sometimes it was just half of that. Moreover, pharma’s research and development was enabled through significant public infrastructure and, especially in the Covid-19 crisis, public funding.

Underlying arguments about what a waiver can achieve and whether it should be adopted are broader claims about past and present injustice. Speaking after WHO Director-General Tedros at the World Health Summit, EU Commission President Ursula von der Leyen savoured the fact that Europe had exceeded its pledge to export every other dose of vaccine, applying 850 million does in Europe, and shipping 1 billion. Donating doses to developing and least developed countries is good and necessary. The inequality in distribution remains staggering. In half of the countries in Africa, less than 2% of the population is vaccinated, Soazic Elise Wang Sonne reported at the Summit’s outset. Shortage of vaccines is not the only problem, but it is an important part of it.

Donations must however not be mistaken for acts of justice, which would require a transformation of the conditions of dependence and domination. Other initiatives suggestion such transformations are underway, with inter-industry cooperation and technology transfer hubs. Adopting a waiver would be an important, albeit small gesture in the direction of justice. The matter is currently pending with the TRIPS Council, to be taken up again at the decisive General Council and Ministerial Meeting in December. Not adopting the waiver would suggest that private profit trumps public purpose. It would also confirm that North/South relations of dependence and domination will not change any time soon. That is why Germany should change course. Should unanimity not be within reach, the waiver should be adopted by qualified majority, which, albeit unprecedented, is legally beyond rebuke. 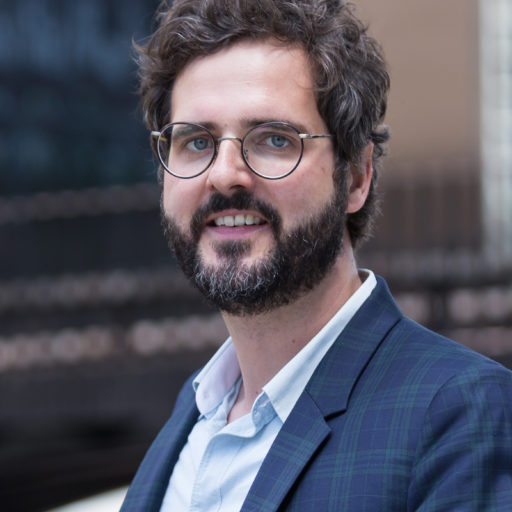