Governing the Memory of the Present

Putin’s Russia is a global champion of memory laws that fabricate the state’s perennial innocence and glory and make it a criminal offense to diverge from the state-sanctioned historical narratives. Russia’s leaders used ideological interpretations of the past to explain within and outside of the country why it wages a brutal, atrocious war against Ukraine. The state’s propaganda has also promoted symbols that convey support for or condoning of the Russia’s war, such as the “Z”, “V”, and St. George’s ribbon.

The emergence of these symbols in the public sphere has put militant democracy provisions existing in many European legal orders into the spotlight, but also propelled lawmakers in some states to adopt new provisions prohibiting the use of such symbols. We discuss the reaction mechanisms in Lithuania, Germany, and Poland.

The Origin and Meaning of St. George’s Ribbon, Letters “V” and “Z”

Originally, the orange and black St. George’s ribbon was a decoration awarded to Tsarist Russia’s soldiers. It became undesirable in Bolshevik times. During the Second World War, known in Russia as the Great Patriotic War, distinguished soldiers were allowed to wear it. The decoration was not promoted during Soviet times. However, it re-emerged in 2005 during commemorations of the 60th anniversary of the Soviet Union’s victory over Nazi Germany and was used in the Russian Federation and in the Baltics.

The letters “Z” and “V” appeared shortly after the beginning of Russia’s invasion in Ukraine on February 24. They featured on Russian military vehicles, uniforms, and in propaganda videos. The Russian Ministry of Defence explained that the symbol “Z” on the military equipment meant “Za pobedu” (“For Victory”), the symbol “V” on “Sila v pravde” (“Power is in Truth”) and “Zadača budet vypolnena” (“The task will be completed”).

Lithuania Was Among the First to Ban pro-Russian War Symbols

In the 1990s, Lithuanians were rebuilding historical memory and healing from decades of Soviet occupation’s trauma by narrating their stories within the scope of emerging EU policies to foster a common “European historical memory”. Since the EU’s Eastern Enlargement in 2004, new Member States pushed for a shared European memory encompassing the memory of the Nazi crimes, with particular emphasis on the Holocaust, and also memory of Soviet crimes.

Entering the EU emboldened the Baltic states to break with Moscow’s master narrative about the Second World War and its aftermath. Since 2005, Lithuania has been refusing to celebrate the pompous Moscow’s 9 May commemoration. In 2008, the Lithuanian Code of Administrative Offences banned Nazi and Soviet symbols. The Assembly Law prohibited the display of Nazi Germany’s, USSR or Lithuanian SSR flags, coats of arms, uniforms, symbols of Nazi or communist organizations, and the performance of the German, the USSR or the Lithuanian SSR’s anthems. This provoked immediate condemnation from Moscow. Russia’s Duma’s vice-president described the ban as “an insult to the memory of the people who overcame fascism under these symbols”.

The historical memory conflicts between the autocratizing Russian Federation and democracies in Central and Eastern Europe intensified after Russia’s illegal annexation of Crimea in 2014 and the start of the war in Donbas. In July 2014, Latvia banned the Russian singer Gazmanov from entering the country, arguing that he “contributed to undermining Ukraine’s sovereignty and territorial integrity by his actions and statements”. In 2016, Lithuania followed suit. The year before, Lithuania had already banned Russian disinformation TV channels.

On April 21st, 2022, Lithuania was among the first to explicitly ban new symbols of Russian war in Ukraine by amending the Code of Administrative Offenses and Law on Assemblies. Accordingly, “symbols of totalitarian or authoritarian regimes used or used by these regimes to promote military aggression, ongoing or past crimes against humanity and war crimes” are prohibited in Lithuania. The regulation specified that such symbol “shall in all cases be considered to be a two-colored (black and orange) Georgian (St. George’s) ribbon”. The ban also covers other symbols currently used byRussia to promote its war – the letters “Z”, “V”, and others. The display of such symbols is subject to a fine of 300-700 euros; legal entities may be fined up to 1,200 euros. Persistent offenders are subject to a fine of 500 to 900 euros, and individual to a fine of 800 to 1,500 euros. Estonia (April 21, 2022) and Latvia (March 31, 2022), where the St. George’s ribbon had been prohibited before, enacted similar legislation on Russia’s pro-war symbols.

Poland’s historical policies are founded on commemorating the victims of Nazi and communist regimes, and, more broadly, all crimes committed against the Polish nation, understood as all citizens of the Republic of Poland, and against non-Poles on Poland’s territory. Before Russia’s aggression against Ukraine in 2022, Poland already had Article 256 of the Criminal Code of 1997 prohibiting the propagation of fascism and totalitarian systems under a penalty of up to two years of imprisonment.

The Polish Supreme Court defined “propagation” as “every behavior that consists of public presentation of fascist or other totalitarian regime with the intention to gain support for it”, and determined that propagation should be understood as any activity that entails public condoning of a totalitarian system, including the “representation of its symbols and insignia and the re-enactment of gestures commonly associated with the system” (Decision of 28 March 2002, I KZP 5/02). It has been typically used to prosecute individuals promoting neo-Nazism. Most recently, on June 1st, 2022, under this provision, a court of first instance sentenced six individuals who were filmed in 2017 in the forest celebrating Hitler’s birthday with a cake decorated with a swastika, chanting, and making Nazi salutes. The criminal law does not define “fascism” or “totalitarianism”, which grants public authorities a certain leeway how to interpret it on a case-by-case basis. According to Polish literature, fascist and totalitarian regimes seek to seize power by violent means, call for abolishing free and fair elections, support dictatorship as a mode of governance, and call to a destruction or restriction of rights and freedoms of individuals and groups. Poland’s political leaders have characterized today’s Putin’s Russia as a totalitarian system.

Furthermore, Article 16 of the Act of 13th April 2022 on special solutions to prevent the support of aggression against Ukraine and to protect national security explicitly prohibits the use, application or promotion of symbols or names supporting the aggression of the Russian Federation against Ukraine, under penalty of a fine, restriction of liberty or imprisonment for up to 2 years.

These provisions could be the basis for prosecutions of those who praise Russia’s war in Ukraine and other acts of aggression. However, they have not been used in this context so far by Polish authorities, chiefly, because of widespread pro-Ukraine attitudes in Poland that make it an unlikely place for publicly demonstrating support for Russia’s aggression. So far, no major displays of pro-Russian war symbols have been recorded, only rather isolated instances of commentators’ condoning or relativizing the Russian war.

Although memory policies in Germany have also incorporated the memory of the Socialist Unity Party (SED) regime in the GDR, the focus, especially of legal mnemonic measures, remains on the Nazi atrocities, most importantly on the Shoah. Only the Holocaust denial is explicitly incriminated (Article 130 (3) Criminal Code), which creates tension with the 2008 EU Framework Decision on racism and xenophobia and has resulted in an ongoing infringement procedure against Germany. The assembly laws specifically protect the commemoration of Nazism’s victims and facilitate restricting assemblies at their commemoration sites. Courts have expanded this possibility to allow restrictions of provocative assemblies on specific commemorative days.

Likewise, the prohibition of the use of symbols under criminal law was originally limited to the symbols of Nazi organizations. In 1960, it was expanded to include symbols of all prohibited organizations. Still, Nazi organizations are the only ones explicitly mentioned in the relevant provision (Article 86 (1) No. 4, 86a of the Criminal Code). As it is limited to symbols of prohibited organizations, unlike in Lithuania and Poland, symbols of the current Russian aggression are hence not per se prohibited. However, other legal provisions limit the use of such symbols, most notably, the offences of condoning a war of aggression (Article 140 No. 2 Criminal Code) and incitement of hatred (Article 130 (1), (2) Criminal Code). In contrast, provisions to protect the public order in police and assembly laws barely pose relevant limits because the criminal provisions are considered exhaustive for restricting the content of speech. Safeguarding the public order can serve as a basis for restricting only certain forms of gatherings where an aggressive and provocative behavior creates a climate of violence and intimidation. This (narrowly interpreted) principle roots in the memory policy against propagating Nazism, namely through marches using Nazi rites, flags, or songs.

In April and May, there have been repeated pro-Russian demonstrations in Germany, officially labelled against “discrimination of Russian speaking citizens”. These demonstrations have provoked harsh criticism and dismay among politicians and citizens. Consequently, they have confronted public authorities and courts with the difficult question which symbols and slogans are prohibited under “condoning of a war of aggression” or “incitement of hatred”. The established case law emphasizes the importance of the fundamental right to freedom of expression for a democracy, hence requiring criminal provisions to be interpreted restrictively. The respective statements need to be unambiguous, meaning that they cannot be given a lawful meaning in a particular context.

The ensuing interpretative margin has resulted in diverse measures and court decisions regarding the display of pro-Russian war symbols. Most authorities, in part based on instructions or decrees of the Länder ministries of the interior, have prohibited the display of the Z symbol during pro-Russian assemblies; some have also prohibited the V symbol, the St. George Ribbon, flags of the USSR, flags of the Donezk and Luhansk regions, or under specific circumstances, even flags of the Russian Federation and Ukraine. Some authorities even banned vehicle convoys altogether. Higher court decisions confirmed the prohibition of the letter “Z”, including its circumvention (Higher Administrative Court Saxony-Anhalt, 28 April 2022 on a shirt “mmhhh Z-itronenlimonade” (lemonade) with an oversized “Z”) and the ban of Ukrainian flags and military songs at Soviet war memorials on May 8 and 9 (Higher Administrative Court Berlin, 9 May 2022). Both lower instances had ruled differently. A ban of the St. George Ribbon, however, has been held illegal. According to the Higher Administrative Court North Rhine-Westphalia (Order of 6 May 2022), its meaning was ambiguous as it could not only be understood as supporting the Russian aggression, but also as a mere symbol for the Soviet victory over Nazi Germany. Besides, the court argued, the ribbon was not sufficiently known to the German population so as to be understood as condoning the aggression and to threaten public peace.

In the Baltics and in Poland, authorities have expressly prohibited propagating Russia’s war of aggression in Ukraine, also through banning the display of relevant symbols. These states have eagerly expanded their criminal law frameworks, that had already included militant democracy provisions criminalizing incitement to or condoning breaches of peace and democratic order, for example through propagation of undemocratic regimes and condoning the war of aggression. Germany maintains its constitutionally rooted skepticism towards restricting specific opinions (“Sonderrecht”), which is only nuanced for the a priori prohibition of promoting Nazism. It has not introduced any specific prohibition of propagating Russia’s war. However, the German provisions protecting the international peace, internal public peace or dignity of national and ethnic groups provide tools to adequately respond to the Russian war propaganda.

The authors are grateful to the Volkswagen Foundation for supporting this study within their research grant allocated for the consortium project ‘MEMOCRACY’ (2021-2024).

Other posts about this region:
Germany, Litauen, Polen 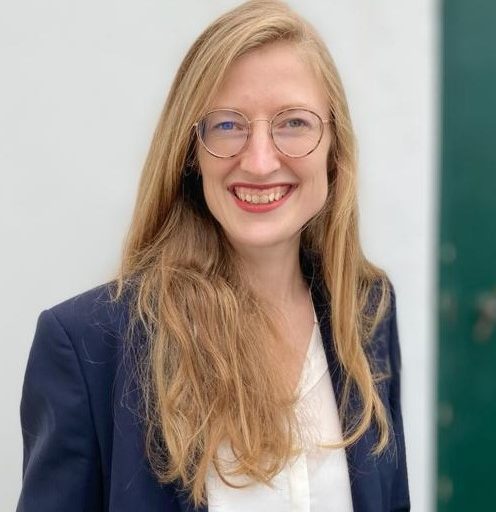 Paula Rhein-Fischer Dr. Paula Rhein-Fischer is a postdoctoral research fellow at the Academy of European Human Rights Protection of the University of Cologne and part of the Polish, Dutch, Danish and German research consortium “Challenges of Populist Memory Politics and Militant Memory Laws (MEMOCRACY)”.

Other posts about this region:
Germany, Litauen, Polen No Comments Join the discussion
Go to Top