The Historical Development of EU Defence Policy: Lessons for the Future?

The architecture of EU Defence Policy is strongly influenced by the historical conditions preceding its evolution. For more than thirty years, any military role of the European Communities had been out of the question. The only attempt to achieve military integration in Europe – the European Defence Community – had failed in 1954. Ultimately, under the conditions of the Cold War, European security could only be guaranteed by the United States and therefore had to be organized within an Atlantic framework. This led to a long-lasting split between military and political/economic integration in Europe. The European Communities remained strictly limited to the latter, while military integration was exclusively a matter of NATO. When the new European Union – more than thirty years after the Treaties of Rome – finally turned to the field of defence policy it was a latecomer. Therefore, any EU defence policy had to be integrated into the preexisting and highly sophisticated Euro-Atlantic security structures with NATO in the foreground.

Against this background there were specific objections which made the establishment of an EU defence policy a highly controversial project: the clear preference of some Member States, in particular of the UK, for keeping the defence dimension within the Atlantic Alliance; the undeniable difficulty to give the EU a defence role without damaging the integrity of NATO and without costly duplications of NATO’s defence structures; the general unwillingness to give up sovereignty in military issues; and the neutrality policy of some Member States (at the time: Ireland). Moreover, it was a fundamental shift from the deeply rooted tradition, perception and self-conception of the Communities, and then of the EU, as a purely “civilian power”.

That defence policy, against all odds, found its way into the Maastricht Treaty, had much to do with rifts within the Atlantic Alliance: European fears as to the reliability of the American security guarantee and quarrels about burden sharing. Moreover, there were interests at stake in strengthening the process of European integration in general. This led to a characteristic mixture of defence based motives and integration based motives behind EU defence policy.

The further development of EU defence policy can be divided in four stages:

Essential features of the CSDP-architecture

Four essential features and elements of the CSDP-architecture mirror the above-mentioned framework conditions:

There are, essentially, three reasons for the renewed CSDP-dynamic since 2017: The erratic stance of US foreign policy under President Trump with its rather hostile attitude towards NATO; the new confrontation with Russia since the Crimean Crisis in 2014; and the Brexit which has left CSDP without its main internal opponent. However, the impact of Brexit is ambivalent because it deprives the EU of a crucial military contributor. Thus, CSDP gains political momentum but loses military potential.

While these developments have increased the urgency of the CSDP project, they do not fundamentally change its underlying conditions. The traditional cornerstones that CSDP cannot replace NATO and that Member States will not give up their ultimate sovereignty in military affairs have remained unchallenged so far. Therefore it is very likely that CSDP will not radically change its face in the near future. Accordingly, the current new initiatives leave the established features of CSDP intact.

The bulk of the new initiatives – with PESCO at its heart – do not address the operational dimension of CSDP, i.e. the conduct of military operations. They are concerned with the capability dimension. In sum, they are a combination of renewed efforts to engage the notorious capability gap which becomes even more dramatic after Brexit. To achieve this goal they aim at establishing a system of deeper, more systematic and more closely monitored cooperation in armaments policy, defence planning and building efficient force structures. This goes along, in the framework of PESCO, with a certain legalization of commitments which, formerly, had been purely political.

A second tendency to be expected is a certain push for more independence from NATO (Europeanisation). Duplications which have been avoided so far will be no red lines anymore. A first small step has already been taken by upgrading the so-called Military Planning and Conduct Capability as strategic headquarters for a (small) executive military operation.

These are reasonable steps in the right direction. Efforts to tackle the notorious capability gap of the European armed forces are of primary importance. However, the impact of the new initiatives should not be overestimated. Their scope and ambition, as well as their legally binding force, is limited. Ultimately, everything depends on the continuous will of the Member States to fill them with life, to invest more in defence, and to give up some sovereign strongholds. Therefore, grand labels like a “European Defence Union” are rather misleading. In particular, there is no “European Army” in sight. For the foreseeable future, there is no return to the European Defence Community of the 1950s. A more realistic solution is a cooperative network of national armies, systematically using the concept of pooling & sharing. This is the path entered by the current initiatives. But for the time being, they are no more than fragmentary pieces of a puzzle which will require a great deal of time, efforts and resources if it is ever to be completed. 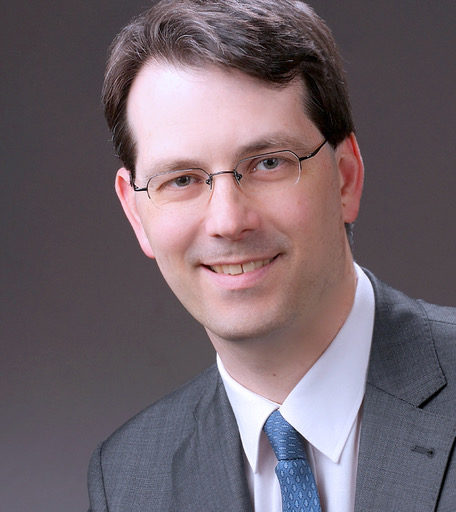