The European Union is at an historic crossroads. The current situation is much more dangerous than all the past crises of the EU even though it has always been crisis-ridden. We must not close our eyes to the truly dramatic developments in the EU and its Member States. The corona virus is acting as a catalyst for the EU’s various crises smouldering and burning for years, intertwining with them. The current corona pandemic is not only endangering people in the EU in life and limb but also the European Union as a supranational community. With unprecedented urgency, it raises the question of its legitimacy, of its raison d’être. We need now an awareness of the political and social dimension of European integration – it must result in solidarity-based action by the EU and the Member States.

In narrative terms, a crisis always harbours the opportunity for catharsis. This article analyses the current situation and suggests how to proceed.

As is well known, the euro and sovereign debt crisis since 2008 has been answered with rigorous austerity regimes. These have led to a drastic reduction of the welfare state in the Member States hit hardest by the financial crisis. The health care systems of these Member States are severely affected by the austerity cuts (here a statistic on intensive care beds in relation to the population). It is thus not particularly surprising that the consequences of the corona pandemic are so drastic in Italy, Spain and Greece of all countries, both in terms of public health and economic impact.

The specific understanding of capitalism expressed in the measures taken by the troika since 2008 have paved the way for the corona virus. The chances of survival of EU citizens in the Member States are unequal.

A European Union that accepts such inequalities must fear for its fundamental legitimacy. The question of social inequalities has been raised for a long time but now it is raised in an existential way. It is a matter of life and death of citizens.

The struggle for corona bonds strangely reflects the asymmetrical financial and economic distribution of power in the EU. Italy is practically begging for European solidarity (to prevent a „social slaughterhouse„, according to the Italian Finance Minister Gualteri). Many other Member States on the other hand, especially wealthy Germany, favour measures and the instruments developed during the financial crisis, such as the ESM. Let’s not forget: these instruments led to the drastic imbalance of Member States‘ health systems in the first place. These instruments will hardly suffice to actually bring about an improvement of the situation in the Member States hardest hit economically (see the assessment here). There is simply no way around a European solidarity approach if the EU shall survive.

2. Migration crisis and respect for the human rights of refugees

Since 2015, the refugee protection crisis has revealed deep divides between Member States as to what kind of global solidarity should be expected from the rich EU – and which solidarity the Member States owe each other. While some Member States have taken in refugees, others have sealed themselves off by erecting fences and letting the military guard their national borders. When considering the responsibility of the EU and its Member States under international refugee law, the joint responsibility of the global North and, more specifically, of the EU for the economic and social conditions in countries of the global South must not be forgotten.

The latest developments on the Greek-Turkish border once again bring into focus the question of what responsibility the EU has for Turkey’s dealing with asylum seekers after the EU-Turkey deal. Most recently, Turkey used military force to disperse refugees who were stranded in Evros at the Greek border in order to prevent the corona virus from spreading.

The Corona crisis has banished the fates of refugees at Europe’s external borders from the centre of attention to the periphery – European media is nearly solely focussing on the situation of the nationals of the Member States. But the refugees are in an extremely vulnerable position when they are, even without the coronavirus, crammed into camps not meeting basic human rights requirements in hygienic conditions, let alone precautions against the spread of the virus (according to the statement by Médecins sans Frontières on the Moria camp on Lesbos). A crisis within a crisis is pre-programmed.

Greece is essentially left completely alone with the challenges it faces. The EU sent armed Frontex boats (a Danish crew fortunately resisted the order to force a dinghy back into international waters at the beginning of March). In the current crisis, seemingly there is nothing left for solidarity between the EU and its Member States towards Greece, and surely not for the refugees in the Greek and Turkish camps. Media attention spans do not allow coverage of the abysmal misery on the Greek-Turkish border which EU foreign policy has brought about with the EU-Turkey deal.

In the refugee protection crisis, the EU has long since handed over the sceptre to Member States and has not been able to provide any impetus of its own. For years, the idea of the EU as a community of values that can jointly overcome the enormous challenges of global refugee movements has been lagging behind the idea of Member States as windowless sovereign monads. Appeals to legal obligations of the EU and its Member States will have little effect if there is such a profound lack of political and possibly also social will to acknowledge solidary responsibility for the human rights of refugees.

3. Democracy and the rule of law in the hands of authoritarian Member States

The rule of law crisis in the EU is triggered by the openly authoritarian attitude of the governments in Hungary and Poland. Even before Corona, the EU proved incapable of unanimously opposing these developments. The procedure under Art. 7 TEU is politically unenforceable. The path via infringement proceedings and referrals to the ECJ is hardly promising, not only because a profoundly political problem cannot be solved by legal means and court decisions alone. This may have been the usual path in European integration history – the CJEU promoting negative integration. Alas, this approach does not succeed in positively obliging Member States to establish common minimum standards (Fritz Scharpf). What is rather needed is political agreement. This insight is true for economic freedoms just as for democratic and constitutional minimum standards.

The EU’s inability to reach a common position is now being exacerbated. The Polish and Hungarian governments use the Corona crisis as a pretext to further dismantle the rule of law and democratic principles. In Poland, the PiS party is securing itself a huge advantage in the current election campaign. In Hungary, Orbán has taken the opportunity to empower himself by dictatorial means, an unprecedented move that has been compared to 1933. In these instances, the Corona crisis merely acts as an accelerator for fires that are already blazing.

The relapse into traditional notions of sovereignty, according to which each Member State alone is responsible for its own internal political affairs, does not take into account the diverse intertwining of legal systems in the EU. The Member States are legally interconnected and responsible for each other.

4. Organising majorities in the EU

The British, of their own accord, sought the way out of the EU and in the end surprisingly found it. Hungary could and possibly should be threatened with involuntary expulsion from the EU institutions – in any case there must be a reaction, and a strong one. The EU and the other Member States are far from speaking with one voice. Calls for a „strict political quarantine“ of Hungary remain sporadic. Ursula von der Leyen, the new President of the European Commission, is audibly silent to name Hungary. The willingness to abandon an entire people to its fate, that of course did not vote 100% in favour of Orban and Fidesz, and to shirk responsibility for solidarity is characteristic of an EU that has never really acknowledged its profoundly political dimension.

This corresponds to an almost total absence of a common European and, above all, solidarity-based response to the current challenges posed by Corona and the other fundamental crises. The EU, as a federal community, is currently essentially revealing its inability to bring the Member States to the table and find common solutions to common problems. The Member States are retreating into national go-it-alones and close their borders (which is not even particularly useful in the fight against a pandemic, but above all interrupts medical supply chains and restricts the movement of goods in general).

There is no doubt that a political response to the political challenges is needed, and it needs to be a joint response by the Member States and the EU. The Conservative Party Group (EPP), as the strongest group in the European Parliament would be predestined for this endeavour, and could organise a majority for such a joint political response, even among the mostly conservative governments of the Member States. Why not even overwhelm MEPs with letters to generate public pressure?

5. The political roles of the Commission and the European Parliament

After all, the Commission, which was only recently constituted, has so far remained strangely pale and this may well be due to its apolitical self-image. The Commission cannot achieve anything against the will of the Member States; historically, it has never been able to do so. At present, however, there is no political strategy to remind the Member States of their common interests and to encourage them to act in solidarity. Historically, it has always been an important function of the Commission to bring even recalcitrant Member States to the table and achieve a balance of interests at federal level. Since Ursula von der Leyen is President of the Commission by the grace of the Member States, but does not have her own democratic legitimacy, her negotiating position as a mediator in the urgently needed negotiation processes is severely weakened. Close cooperation with the European Parliament could give her a clear tailwind.

6. The hope for European solidarity

Despite the sobering findings of this analysis:

„The European Union is the worst of all European forms of government, with the exception of all others.“

There is no alternative than to hope for the EU. This hope is fuelled by the conviction that the current Corona crisis, in its intertwining with the EU’s more long-running crises, also offers an opportunity – an opportunity to anew ask the question of the EU’s finality and to provide constructive answers.

Being the glimmer of hope on the horizon, the European democratic public must be involved in the current political decision-making process.

In Greek tragedy, crisis (as a decision-making situation) is followed by catharsis – purification. This potential also lies in the current crisis. It must, of course, be excavated. The decision to choose purification needs to be an active choice. This text is an appeal to make this decision in favour of the EU, in favour of a solidary and democratic EU. Suggestions how this could work have been offered – and need to be chosen now.

This article has also been published in German. 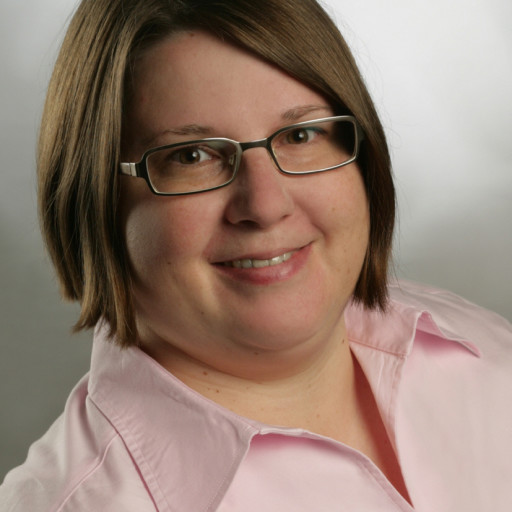