Preparing for the Pandemic Elections

There is no doubt that the essential state institutions should function as effectively as possible in the times of pandemic. It also means finding concrete and fast solutions provided in special statutes, aiming at alleviating social and economic consequences of the coronavirus outbreak. However, even when proceeding the bill known as Anti-crisis Shield (“Tarcza antykryzysowa”) that provides a financial aid for healthcare system, companies and different kinds of workers in Poland, the governing PiS party managed to introduce unconstitutional amendments to the bill.

Elections within the ‘state of normality’

First of all, the legal background of this situation is controversial. The PiS government did not declare a state of emergency, even though the measures to manage the crisis introduced in Poland are way beyond the regular ones, such as a lockdown imposed and controlled by the police, social distancing, gatherings of more than two people forbidden with the exception of families, closed borders, closed schools and universities. These infringements on fundamental rights are most likely justified, of course, but they call for a special modus operandi for the government — the state of emergency. Instead, the Minister of Health, Łukasz Szumowski only declared a state of epidemic risk, even though the introduced measures fulfil all the characteristics of the state of emergency.

According to the Constitution, a state of emergency would mean that the upcoming presidential elections had to be postponed. The Constitution requires in a state of emergency elections cannot be held earlier than 90 days after the formal ending of that state (Art. 228 (7)). Wojciech Sadurski proved how this unfair conditions work in favour the current president, since other candidates cannot run their campaigns (which already should make the government wary of future protests after holding elections). As a recent poll shows, the incumbent Andrzej Duda could even win in the first round — though with a voting turnout of merely 31% (the turnout does not affect the validity of the elections). Moreover, as Michał Ziółkowski already explained, not declaring a state of emergency gives PiS a lot of different possibilities, such as having the PiS-controlled special chamber in the Supreme Court declaring the election valid, or the moral victory of an ultimate postponement of the election. Taking into account possible and very probable grave economic consequences, PiS is trying to make the most of its power before the economic and social crisis wave hits (sadly, problems of this kind already happen in the south of Italy).

Though some people believe that elections on the 10 May are inconceivable and Poland should focus on managing the economic crisis instead, the amendments introduced during the night of the 27th of March prove the contrary. The context for this: During the sitting of the Sejm on Thursday, MPs were already physically divided into several rooms in the building. The Sejm, with a simple majority, changed its Standing Orders to allow online voting.

Though formally the Constitution does not exclude parliamentary proceedings online, it does state explicitly that Sejm debates on sittings (Article 109) with MPs present to meet the quorum (Article 120). This issue already raised some controversies among constitutionalists, however, PiS together with Lewica (the Left) and PSL-KUKIZ’15 (coalition Peasant Party) managed to pass a rule allowing online voting (250 MPs voted for the change). It is worth mentioning that during the ordinary session the biggest opposition party called for an amendment excluding changes to the Constitution, the electoral code and the state of emergencies statues from the matters discussed online, but it, unfortunately, failed. Though some initial technical and more substantial problems (Mr Rafał Trzaskowski, current mayor of Warsaw, obtained login and password for the session, despite not being an MP since 2018; there were significant problems with maintaining confidentiality of MPs’ data), Parliament was transferred to the online platforms and proceeded with bills aimed at managing the crisis situation.

Which takes us to the gravest controversy of the described sitting. Among the many amendments proceeded during the night, at 2 AM a new proposition appeared in the bill on the Anti-crisis Shield (reminding of the  notorious proceedings on Constitutional Tribunal ‘midnight judges’). The PiS representatives introduced an amendment of the electoral code that enables postal voting for people over 60 and in mandatory quarantine and isolation. The amendment took the MPs as moral hostages, since it was made a part of the whole bill on systemic financial help. MPs faced a choice: either accept the Anti-crisis shield bill altogether with the amendment, or reject the entire project. Therefore, the PiS party voted for it, together with the biggest opposition party, Civic Coalition (KO), willing to protect the entrepreneurs. Now, the bill waits to be discussed in the upper house, the Senate, on its next sitting on Tuesday.

This amendment is wrong on many levels. First of all, it clearly proves that PiS badly wants the elections to be held on the 10 May, even though Minister of Health Szumowski recommends a more cautious approach. Second, from a procedural point of view, the amendment has not been discussed in the special parliamentary commission nor has been debated on three sittings of Sejm. The bill has been dealt with by urgent procedure, which is not permitted for amending codes. What is even more important, there are no connections between the proposed amendments and the financial measures in the bill, which violates the constitutional principle of open legislative initiative (as decided by the Constitutional Tribunal in the case K 11/02). Moreover, significant changes in the electoral code cannot be introduced six months before the date of elections, according to the CT which had declared that a constitutional principle (K 31/06, confirmed in K 9/11). Extending the catalogue of persons enabled to postal voting is such significant change.

Until two years ago, the catalogue for people were entitled to postal voting was indeed wider, including Polish citizens abroad, until PiS decided to withdraw this possibility. AsPiS MP Macin Horała explained the reasons for this: “In case of postal voting, we do not know what happens with the voting paper. There is no certainty that the voting happened in conditions of confidentiality, without any pressure nor that the entitled person voted”. It is striking that during the emergency conditions PiS decided to introduce once again postal voting. As the former constitutional judge and chairman of the electoral commission, Mr Wojciech Hermeliński stated: “when an institution is redundant, we throw it away, but when it is necessary for achieving our goal, then it is implemented”.

This bill, apart from disabled persons, allows two further categories of citizens to vote by mail: (1) those in imposed quarantine or isolation; and (2) senior citizens over 60. This risks to infringe the electoral rights of these persons significantly. For the first category of voters, the requirement of postal voting should be signalled no longer than 5 days before the elections — but what if one happens to be quarantined 3 days before? Moreover, the age limit is an unconstitutional discrimination — why over 60, and not any other age? Person at any age with pre-existing health conditions are endangered, too. It also does not foresee any protective measures for those delivering the voting papers or sitting in commissions. Last but not least, the amendment does not even mention people living abroad — what if authorities in countries that were affected most by coronavirus, like Italy, will not uphold all the measures until 10 May? Their fair access to the ballot box will not be guaranteed at all.

The amendment undermines the hard work of Ministers and MPs working hard to manage the outbreak, like Minister of Health Szumowski. Instead of the government and the opposition parties cooperating in face of the crisis, once again Polish political community is served with a mere political conflict. Could it be that it is just Kaczyński’s will to test the limits of what the Polish public is prepared to endure? If the Senate rejects the amendment (unlikely, as the amendment is part of the crisis bill), will the PiS withdraw it? Or shall we prepare for the least legitimate elections in the post-communist Polish history? There are already calls for a boycott of the election on 10 May, though that might also be the outcome desired by Kaczyński: the less people go to the ballot box, the higher the chances of Duda’s victory. The state is being further privatised by one radical fraction of the PiS party even in the horrible conditions of pandemia. 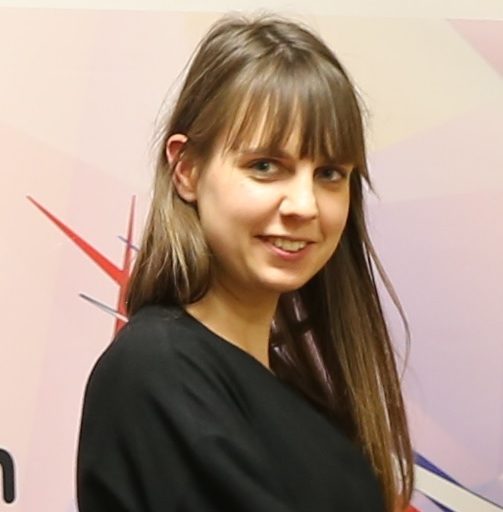