In Rights We Trust

The ECtHR’s judgment in Romeo Castaño v. Belgium and the relationship between the ECHR and the principle of mutual trust in EU law

Cases concerning the execution of the European Arrest Warrant (EAW) provide seemingly endless material for new questions of fundamental importance to the relationship of the multiple constitutional layers in Europe. In a barely noted judgment in the case of Romeo Castaño v. Belgium (8351/17, in French), the European Court of Human Rights (ECtHR) has now added an important piece to this puzzle. The judgment indicates that, in the light of other recent jurisprudence of both the Court of Justice of the EU (CJEU) and the ECtHR, both Courts are on their way to find a workable framework to address some of the issues in this field.

Using the barely defined “principle of mutual trust”, the CJEU requires member states, in particular in the area of freedom, security, and justice (AFSJ), not to check their respective compliance with the fundamental rights of the EU Charter of Fundamental Rights (“the Charter”), so as to ensure the free circulation of public authority within the AFSJ. Functionally akin to the “Full Faith and Credit Clause” of the US-Constitution, the principle of mutual trust ensures the unity and effectiveness of the AFSJ which could easily be paralyzed if member states regularly refused to cooperate based on their own assessment of other member states’ compliance with fundamental rights. This has led various national and international courts to try and restrict a perceived obligation of “blind trust” for the benefit of fundamental rights protection. It remains a delicate task to balance: On the one hand, the protection of fundamental rights and on the other hand, the need for effective and uniform application of the rules in the AFSJ in order to create an area without internal borders in the sense of Art. 3 § 2 TEU.

The circumstances of the Castaño case are somewhat atypical: Belgian courts had twice refused to execute a Spanish EAW against a murder suspect, relying on uncertainties as regards Spain’s compliance with Art. 3 of the European Convention on Human Rights (ECHR) concerning the incummunicado detention. The descendants of the murder victim appealed against these decisions, contending that they impeded the pursuit of their father’s killer, which amounted to a violation of their rights under Art. 2 ECHR. The ECtHR found that the refusal to execute the Spanish EAWs was not sufficiently motivated and therefore violated the procedural aspects of Art. 2 ECHR, which include an obligation of the parties to the ECHR to cooperate in order to safeguard the right to life under Art. 2 ECHR (cf. Case of Güzelyurtlu and others v. Turkey and Cyprus, 36925/07, §§ 232-235).

Here, the ECHR does not stand in the way of the EAW framework. By referring to the obligation to cooperate, the ECtHR emphasizes the importance of international cooperation in fighting serious crime and correctly identifies the benefits such a cooperation can have for crime victims and their families. Admittedly, the Convention’s obligation to cooperate is only employed in cases where the guarantees of Art. 2 ECHR are involved and does not cover the entirety of the EAW framework. However, it seems possible that a similar logic might be applied to other articles of the ECHR as well, for example the procedural limb of Art. 3 ECHR. But for now, the obligation to cooperate is only a result of the great importance the ECtHR rightly places on the guarantees of Art. 2 ECHR and does not serve as a carte blanche to disregard the rights of the accused. However, where Art. 2 ECHR is at stake, the ECtHR now devises a two-step test to check the compatibility of a refusal with Art. 2 ECHR (§ 82 of the judgment): First, the ECtHR examines if, within the relevant legal framework, the refusal constitutes a sufficient answer to the extradition request. The ECtHR then checks if legitimate reasons supported a refusal to cooperate.

The first step seems to be designed as a prima facie analysis of the compatibility of the refusal to cooperate with the legal framework governing the cooperation (cf. also Güzelyurtlu, § 236 and Judge Spano’s concurring opinion in the present case at § 5). However, instead of analyzing the EAW-framework decision or the CJEU’s case-law concerning the grounds for refusal of an EAW, the ECtHR (at § 84) exclusively relies on its jurisprudence in the Case of Avotiņš v. Latvia (17502/07, §§ 105-127) and the Case of Pirozzi v. Belgium (21055/11, §§ 57-64). In these cases, it established that an EAW may not be blindly executed to the detriment of fundamental rights. The ECtHR then finds that the refusal to execute an EAW based on the risk of a violation of Art. 3 ECHR is an appropriate reaction. The exact legal approach here remains unclear. The ECtHR does not reveal whether it looks into the prima facie legality of the refusal within its own legal framework, thereby respecting its initial approach to accept the frameworks of international cooperation as tools to enforce Art. 2 ECHR, or directly uses a distinct Convention standard to determine what constitutes an appropriate answer to a request of cooperation. This inaccuracy blurs the line between the first and second step but does not really matter in the end. In Aranyosi and Căldăraru (joined cases C-404/15 and C-659/15 PPU), after initially endorsing a rather uncompromising approach in the Melloni judgment (C-399/11), the CJEU allowed for a refusal of an EAW’s execution based on the risk of a detention violating Art. 4 of the Charter, which is, in substance, identical to Art. 3 ECHR. Thus, in this case, the relevant standards are aligned.

Concerning the second step of the test, the ECtHR concluded that the elements used by the Belgian courts were insufficient to establish that the execution of the EAW in question would result in a breach of Art. 3 ECHR. This was largely due to the fact that they had used outdated reports and that Belgian authorities executed other Spanish EAWs without delay. Further, the ECtHR takes issue with the fact that the Belgian courts did not identify any individual risk of a violation of Art. 3 ECHR in Spain and did not establish any systemic deficiencies in guaranteeing the rights under Art. 3 ECHR (§ 86). It seems like the ECtHR echoes the approach taken by the CJEU in Aranyosi and confirmed in L.M. (C-216/18 PPU). This jurisprudence requires objective, reliable, exact and up to date information to establish both systemic failures and an individual risk for fundamental rights violations in the state which issues the EAW. It is only then that a national authority may refuse to execute an EAW.

Overall, this approach by the ECtHR significantly aligns the requirements of the CJEU in EAW-related cases with those of the ECHR, at least regarding cases where the rights of victims and their families under Art. 2 ECHR come into play. This means that there may be situations that require a narrow interpretation of the grounds for refusal of an EAW on human rights grounds.

An armistice between the two European courts

But even beyond these particular cases, the judgment in Romero Castaño is emblematic of developments in both Luxembourg and Strasbourg that should be acknowledged as efforts to reconcile the requirement of mutual trust under EU law with the member states’ obligations under the ECHR.

The CJEU has started to define the circumstances in which the presumption of compliance with fundamental rights within a system of mutual trust can be rebutted. It significantly softened its initially uncompromising approach in cases like Aranyosi, M.L. (C-220/18 PPU) and L.M., where the CJEU established, at least within the EAW-Framework, a two-step test to determine if mutual trust must be suspended. First, there need to be systemic deficiencies in guaranteeing an unconditional right enshrined in the Charter (such as Art. 4 of the Charter) or in guaranteeing the essence of any other fundamental right (although this has only been explicitly decided concerning Art. 47 of the Charter). Second, there needs to be a real danger that in the case at hand such a violation of fundamental rights is likely to occur. Certainly, these requirements remain quite strict and might very well pose practical difficulties that could be hard to overcome for litigants. But we should recall the utmost importance of the effectiveness and unity of EU law for its very existence as an autonomous legal system which, in the end, is precisely what the principle of mutual trust typically ensures within the AFSJ. If those foundational principles are to be upheld, it is plausible to allocate the responsibility for compliance with fundamental rights to the member state that issued the EAW, while the presumption of this compliance can only be rebutted in extraordinary circumstances.

The ECtHR recognized these EU-particularities in the Bosphorus presumption, which it found fully applicable to the EAW in the case of Pirozzi (esp. § 62). According to this judgment, the relevant standard to rebut the Bosphorus presumption in EAW cases is that of an evident insufficiency (“insuffisance manifeste”, § 64) to guarantee the rights enshrined in the ECHR. It seems plausible to associate evident insufficiencies in fundamental rights protection with the breach of the essence of fundamental rights under the Charter. Of course, there might still be room for disagreement on the precise boundaries of the “essence” of a fundamental right or an “evident insufficiency” in guaranteeing this right. But as long as the Charter’s fundamental rights protection does not clearly fall below the ECHR’s standards, it appears that there is little room left for a clash of EU law and the ECHR in EAW cases with regard to the principle of mutual trust.

To reach this point, it took several carefully designed steps by both European courts, each recognizing the merits of the other’s perspective. Most notably, applying the Bosphorus presumption to EAW cases and recognizing some fundamental rights objections as limits to mutual trust in EAW cases paved the way towards a sensible solution for what seemed to be a smoldering conflict. In the Case of Romeo Castaño, the ECtHR has now added another important facet to ensure the “symmetry”, as Judge Spano called it in his concurrence, of the two systems. 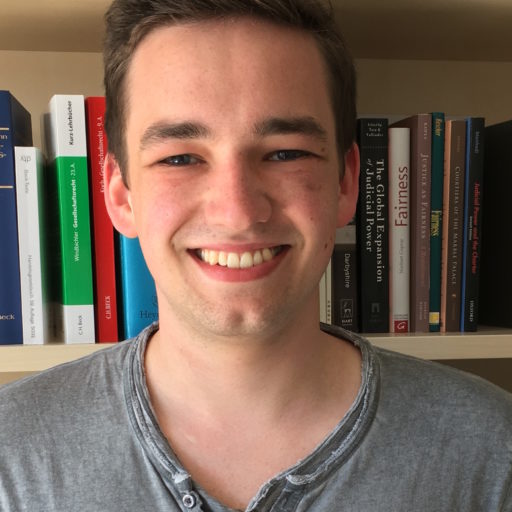