Before starting my reflections on the arguments presented in Professor von Bogdandy’s text, a number of caveats need to be made. First of all, as I will explain below, the Spanish Constitution of 1978 and Spanish democratic constitutional law have been deeply influenced by German constitutional law. This is a fact that is both well-known and unquestioned. It may also explain why, at present, there is no debate about the matter. For this reason, before I began to write this article, it seemed necessary to discuss with some legal colleagues1) how they saw the questions put forward, as I did not consider myself to be entitled to reply on behalf of the Spanish academia as a whole. Secondly, the article that we have been asked to reflect on mixes different questions. Some of them may be significant from a German standpoint, but, in contrast, are not salient topics from a Spanish one. Finally, and in relation to the point that has just been mentioned, I will attempt to provide a response in the case of those aspects that are susceptible of being considered from outside, in this case from Spain.

I was born in Munich in 1976, during my parents’ stay in that city to study German penal law (in the case of my father) and German constitutional law (my mother) as part of their respective theses. They arrived at the Spanish College (Colegio Español) in Munich without knowing a single word of German. For their generation and the previous ones, in order to study Public Law it was essential to travel abroad (outside a Franco-dominated Spain or even in the final years of his regime). What is more, only well-off families or young “adventurers” who decided to go abroad and immerse themselves linguistically could afford to learn languages. Many went to France, because French was taught a little in Spanish schools; others to Italy or the United Kingdom; the smallest number to Germany. Whatever the case, they all played a fundamental role in the period of the Transition since they acted as a means for transmitting the knowledge they had acquired in and about other democratic orders so as to construct the new Spanish Constitutional system. Today we know that the 1978 Constitution had three great constitutional points of reference: The Constitution of the Second Spanish Republic of 1931; the Basic Law of Bonn of 1949; and the Italian Constitution of 1948.

More than forty years later, the influence of German constitutionalism continues to be present in our legal order and scholarship. The Spanish Constitutional Court has accepted different elements of the doctrine of the Bundesverfassungsgericht (BVerfG) with respect to fundamental rights or the territorial organization of the State. With regard to this last topic, for many people German federalism is still considered to be the goal to be attained by our system of political decentralization of Autonomous Communities. For some, for example, the Bundesrat is the model to follow in the reform of our Senado (which never seems to come to fruition), without taking into account the criticism in existence in Germany as regards its performance. Nowadays, this tendency to focus on the German model takes place far less than 40 or 20 years ago. The present generations of public law scholars have a better knowledge of languages and better academic resources to undertake research abroad. Nowadays there are many more juridical orders to study or to learn from and, if appropriate, to compare.

A second topic concerns the position of the German academic world on the European stage. German universities and research centres continue to be centres of reference in many areas of law. Many of us turn to the German academic world in order to carry research in greater depth. The question we should ask is whether German researchers are at all influenced by research undertaken in Spain. How do German researchers view research in Spain? In Spain, despite budgetary shortcomings for research, there are well-trained jurists who could contribute a great deal to knowledge in Europe as a whole if certain still-existing prejudices were to be cast aside.

The third topic is whether the impact of German scholarship, in our case, Spanish academia can be detected. As I have already pointed out above, it is indisputable that German doctrine is followed by a certain proportion of scholars in Constitutional Law as well as in Criminal and Administrative Law. German, however, is a complicated language, to which one needs to dedicate a great deal of time and effort, above all in comparison with the lingua franca of English, which a large proportion of the European academic world is able to understand and speak. In this respect, the German academic world finds itself in the same situation as its Spanish, French or Italian counterparts, which, despite their well-trained and strongly established scholarship, need to publish their findings in recognized English-language journals in order to reach an audience beyond their own national borders. Spanish scholarship, however, has an advantage, which is that it forms part of an extensive and flourishing Ibero-American academic world. There are thousands of excellent scholars that share the same language, which thus facilitates mutual exchanges without any great difficulties. The wealth offered by Spanish-speaking academic circles is still undervalued and underestimated in certain sectors of academia, above all by Anglo-Saxon ones who have no knowledge of the language. For this reason, projects such as Agenda Pública, Agenda Estado de Derecho or the IberICONnect blog (about to be inaugurated) are so necessary to contribute to a global academic discussion in Spanish.

German legal science, while certainly being influential in Europe, is far from being hegemonic. When it comes to the impact of Germany and its institutions within the European Union, however, that is another matter. There can be no doubt that German hegemony is present at the heart of the European Union at a legal as well as a political and economic level. In the legal sphere, for example, the BVerfG’s confrontations with the Court of Justice and other European institutions have not arisen with any other state institution. On some occasions, this has been useful for the European project to make progress, “obliging” the ECJ to consolidate the principle of the primacy of EU Law and to develop true fundamental European rights. In other spheres, the German position, as in the latest sentence of the BVerfG regarding the ECB’s debt purchase programme, is perceived as a position that is disloyal to the European project by both the institutions of the EU and the remaining member states. Furthermore, at the level of economic policy, the hegemonic position of the German government is evident, sometimes as a driving force for change (even though it was insufficient, what was achieved in European policy-making with regard to the refugees was to a great extent spearheaded by Chancellor Merkel), sometimes as resistance to change. In addition, with the departure of the United Kingdom from the EU, the Franco-German axis will recover its strength, even against the “frugal four”. A clear evidence for its political and economic hegemony can surely be found in Article 4.7 of the ESM (European Stability Mechanism), which allocates voting rights according to economic participation. 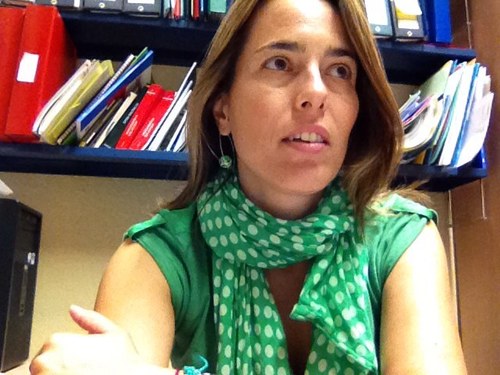