Infringement Procedures in the Time of COVID-19

In the last weeks, members of the European Parliament and observers in the legal and academic community have, explicitly or implicitly, criticised the European Commission and the Court of Justice for their handling of ongoing infringement procedures. Put simply, the two institutions have been criticised for moving the existing cases forward, despite the fact that certain countries (first Italy, then followed by almost all other Member States) are in lockdown and, consequently, their administrations are unable to effectively respond.

There is no doubt that national administrations are currently facing extraordinary and unpredictable challenges, while operating at limited capacity. Therefore, calls for some extra flexibility, if not leniency, with regard to infringement proceedings are probably understandable. That notwithstanding, certain criticism levelled against the Commission and the Court appears not to have taken fully into account certain features of infringement procedures. It may therefore be useful, for a proper understanding of the status of play, to call to mind certain key principles in this field.

First, it is true that the Commission enjoys very broad discretion as to when and how it investigates suspected infringements of EU law on the part of national authorities. However, that discretion is not unfettered, for the Member States can argue that the Commission’s conduct, because of its timing, has unduly affected their right of defence. During the administrative stage of the procedure, the Commission is to give defendant Member States a reasonable period to reply to the letter of formal notice and the reasoned opinion and, where appropriate, remedy the alleged breaches of EU law. A time-limit granted to the Member States can be suspended or prolonged by the Commission. Conversely, the Court does not have the power to alter it. Yet, the legality of that period is subject to judicial review. Where the Court finds that, having taken into account all the circumstances of the case, a time-limit was unreasonably short, the action is dismissed as inadmissible (see e.g. C-293/85, Commission v Belgium). In the present circumstances, asked by the Member States on 19 March 2020, the Commission has agreed, in the light of the COVID-19 pandemic, to extend all formal deadlines in ongoing procedures until 15 June 2020. In addition, although it is for the Commission to choose when it brings an action and considerations relating to the timing cannot, in principle, affect the admissibility of that action, the defendant Member Stats may provide evidence that the Commission’s choice of time has made it more difficult for its authorities to refute the Commission’s arguments, thereby breaching its rights of the defence (see e.g. C-333/99, Commission v France, para. 25).

Second, as far as proceedings before the Court are concerned, with messages of 19 March 2020 and 3 April 2020, the Court has announced that, save for specific exceptions, the time-limits prescribed in pending proceedings (including those under Article 258 to 260 TFEU) are extended by one month. In addition, and until further notice, the time-limits that will be fixed by the registry in the future will also be increased by one month. All hearings scheduled until 30 April 2020 have also been adjourned until a later date. Therefore, pending proceedings have been, for the parties, either ‘frozen’ or at least delayed. Nevertheless, judicial activities are not suspended altogether, as Court has enabled its staff to work remotely. The Court has also adopted various measures, in line with the applicable rules of procedure, so that the processing of cases is not interrupted: e.g. decisions taken using a written procedure, questions addressed to the parties in writing, and simplified conditions for opening an e-Curia account to lodge and receive procedural documents in an electronic form. Moreover, the delivery of judgments and Opinions has not been suspended, but it is done ‘in bundles’ in dedicated hearings.

Decisions taken in the context of infringement proceedings are no exception. For example, on 2 April, the Court has delivered an important judgment under Article 258 TFEU in which it found that, by refusing to comply with the temporary mechanism for the relocation of applicants for international protection, Poland, Hungary and the Czech Republic have failed to fulfil their obligations under EU law (Joined Cases C-715/17, C-718/17 and C-719/17). On 8 April, the Court has, in accordance with Article 279 TFEU, imposed certain interim measures in the context of the pending (C-791/19) action brought by the Commission against Poland regarding the new disciplinary regime for judges. The Court ordered Poland to (i) suspend the application of the relevant provisions of national law, constituting the basis for the jurisdiction of the Disciplinary Chamber of the Supreme Court to adjudicate, both at first instance and on appeal, in disciplinary cases relating to judges, and (ii) refrain from transferring cases pending before the Disciplinary Chamber to a formation of the court that does not meet the requirements of independence, and (iii) communicate to the Commission, within one month, all the measures it has adopted in order to comply fully with that order (C-791/19 R). As far as Article 260(2) TFEU is concerned, on 12 March, the Court ruled against Italy for its failure to recover incompatible State aid granted to the hotel sector in Sardinia, imposing on that Member State a lump sum and penalty payments (C-576/18).

With regard to the last type of judgments, the issue arose as to whether a Member State in lockdown is to bear the financial penalties – in the form of periodic penalty payments per day – from the date of delivery of the until the end of the lockdown. That is, at least in a first stage, not for the Court to decide. It is for the Commission to verify how long a failure established in a judgment persists and, as a consequence, calculate the payments due by a defaulting Member State (see e.g. T-139/06, France v Commission). However, Member States are entitled to challenge the Commission’s determinations (see e.g. C-292/11 P, Commission v Portugal), and do so directly before the Court (see Article 51 of the Statue of the Court). Should a Member State consider that, because of some extraordinary circumstances, it was impossible or excessively difficult for its administration to remedy the breach during a specific period, it could invoke a case of force majeure (or absolute impossibility). The Court has consistently recognised, also in this context, the validity of the principle ad impossibilia nemo tenetur (see e.g. C-101/84, Commission v Italy). As AG Wahl pointed out, the impossibility to comply may only be temporary, which means that it can be overcome after a certain period of time, or it can be lasting, which means that it will permanently prevent compliance (see Opinion in C-527/12, Commission v Germany, points 50-53). It could be argued that a sudden and unforeseeable lockdown could amount to a case supervening temporary impossibility. Thus, if a Member State is able to adduce evidence showing that, in a given period, it was objectively impossible to remedy the original breach of EU law (that declared in the judgment given under Article 258 TFEU), that fact could perhaps have repercussions on its obligation to pay periodic penalty payments imposed under Article 260(2) TFEU. Indeed, the failure declared in the latter judgment is but a ‘compound failure’: original failure plus failure to comply with the Article 258 TFEU judgment (see e.g. Opinion of AG Fennelly in C-197/98, Commission v Greece, point 19). The two failures are inextricably intertwined. So, a refusal of the Commission to ‘neutralise’ the amounts of penalty payments due for that period could, where appropriate, be challenged before the Court. If that happens, it will finally be for the Court to verify, in the light of the evidence produced, whether the Member State’s arguments on this point are convincing.

According to a well-known Latin adage, extremis malis extrema remedia (desperate times call for desperate measures). Unquestionably, the EU Member States are currently in a desperate time, fighting an ‘extreme evil’. However, it is not evident that, in the field of infringement proceedings, there is the need for desperate or extreme measures. The rules and principles governing that procedure seem to offer Member States a rich toolkit that should enable them to assert the (admittedly, significant) problems and difficulties that their administration may encounter in following-up the infringement cases currently open before the Commission and pending before Court. 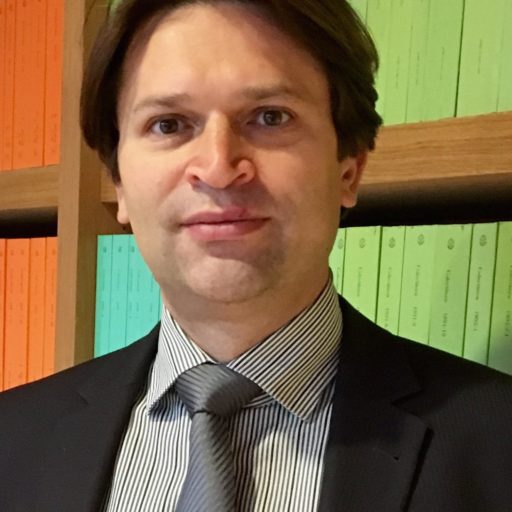 Luca Prete Luca Prete is a Réferendaire at the European Court of Justice in the Chambers of Advocate General Bobek, and a Member of the Centre for European Law at the Vrije Universiteit Brussel (VUB), Faculty of Law and Criminology. Opinions are entirely his own.

Other posts about this region:
Europa, Polen, Ungarn No Comments Join the discussion
pixel_not_set
Go to Top