COVID-19, Tunisian Democracy, and the Adoption of the French Doctrine

Necessitas non habet legem, this ancient maxim meaning that necessity has no law appears to be applicable to Tunisia during the pandemic. The Tunisian authorities rapidly took measures to fight the coronavirus outbreak. But the broad language used in the legal texts ruling the COVID-19 crisis – such as the constitution and the various governmental and presidential decrees – combined with legal doctrine likening Tunisia’s constitutional emergency clause to that of France have added to the confusion of power. This is not only endangering the newly installed democratic government but illustrates how the adoption of a foreign constitutional framework impacts new democracies, making it difficult for the Tunisian constitutional system to evolve.

By March 2, 2020, the first case of coronavirus was confirmed in Tunisia. The country has already been under a permanent state of emergency since 2015. The state of emergency had been declared for the first time in Tunisia’s history by Decree N°50/1978 of January 26, 1978, issued by President Habib Bourguiba during a period of political unrest known as Black Thursday. Bourguiba used this decree to deter protests to stabilize his shacked illegitimate leadership. This decree  gives extraordinary discretionary power to the minister of interior and the local governors to restrict fundamental rights in violation of article 49 of the constitution which requires that right restriction needs to be established by law, and must be necessary and proportionate.

These distinctions are more factual and political rather than legal as there is no clear, unified legal definition to each of those notions, neither in France nor in Tunisia or elsewhere, as mentioned by Giorgio Agamben in his book “State of Exception”. Nonetheless, in Tunisia, whether in decree N°50/1978, or article 80 of the 2014 constitution, lawmakers use the same French differentiation.

Thinking of the concept of “the State of Exception” as initially developed by the German jurist Carl Schmitt and its traditional use by the French doctrine we can see how dangerous the use of such a concept is in a new democracy. It condensates absolute powers in the president’s hands, which turn him into a sovereign in a crucial time. In France, for example, the application of those exceptional powers has included the creation of exceptional and military courts with jurisdiction over civilians by decree.

The concept of State of exception inspired by article 16 of the French constitution might not only open the doors to authoritarianism in Tunisia, but there is also no practical, legal, historical, or political need in Tunisia to adopt such a conceptual differentiation between the state of emergency and exception. In France the concept was pushed in the constitution by General de Gaulle to preserve the state during serious exceptional circumstances, compared to those of June 1940. In Tunisia, however, this differentiation contributes to the political confusion of the public authorities.

The practice of the presidency of the republic supports this conclusion. Since 2015 the country has faced some serious exceptional circumstances, including several terrorist attacks, and an attempt to invasion by terrorist forces in 2016 at the south-eastern borders, then the death of an acting president, to finish with  the current global pandemic. The state handled all the situations under the ordinary law without using such an ambiguous tool of declaring the “state of exception” and condensating all powers in the head of the state’s hands.

An ambiguous emergency framework and COVID-19: A confusing cohabitation

Soon after the first confirmed case of COVID-19, the Tunisian authorities took measures to prevent its spread. These measures included the suspension of classes and air travel on March 12, the reduction of working hours for public servants and the instruction of a shift work system on March 17 through Governmental Decree N°153/2020.

Despite the stable pandemic situation, the President, the Prime Minister, and even the Supreme Judiciary Council started what seemed like a competition for the most restrictive measure award.

On March 15, the Supreme Council of the Judiciary issued its Notice N°166, regarding prevention of the spread of COVID-19. The notice instructed a strict application of the unconstitutional decree N°50/1978 and a penalty of six months of prison based on article 312 of the penal code, to whoever breaks the control measures ordered in time of the epidemic. Legalism and the French heritage of legicentrism, together with the recent history of authoritarianism, made the regulation of the COVID-19 crisis a total legal chaos. The resistance of the Tunisian judiciary to adopting modern adjudication tools such as the principle of proportionality and their favouritism towards the inherited doctrine is manifested in the notice of the Supreme Council of Judiciary N°166/2020.

The President introduced a 12-hour curfew by Decree N°24/2020 and total confinement by Decree N°28/2020 and ordered to deploy the army to urge people to respect the measures. Some measures can be proved disproportional, and manifestly unreasonable as there is no rational connection between deploying the military, arresting people, and imposing prison sentences and the prevention of a disease. Beside the controversial measure, the norms that ruled the COVID-19 crisis in Tunisia ignored the majority of formal principles of the rule of law; for example, both presidential decrees restrict of the right of movement and assembly, without limiting the scope or duration of this restriction. Although the Tunisian emergency framework does not attribute any exceptional powers to the PM, as the head of the government and the administration, he plays a significant role in enforcing all the president’s decisions through governmental decrees, if the latter does not invoke article 80 and declares the State of Exception. Similarly, the PM  Decree N°156/2020, which determines the basic needs and the requirements to assure the essential services during the lockdown, raises the same concerns about its normative quality. It resulted in the unreasonable seizure of more than 4000 persons which could expose them to the infectious disease in the detention centres. Meanwhile, the President granted a presidential pardon to 1470 prisoners to prevent the virus from spreading in jails.

Faithful to its practice of putting an end to one confusing measure just to enact another, the presidency ordered the end of curfew by June 8, after an incomprehensible decision to extend the state of emergency for six months on May 29, 2020.

Reading the decrees and laws issued as a response to COVID-19, we can remark the poor drafting of the texts as most of them disregard the rules of legal certainty and thus fall short of rule of law standards. For example, the Law N°19/2020 dated April 12, 2020, regarding the delegation of powers to the PM, uses remarkably broad language;based on this law, the PM enacted Decree N°17/2020 which sets up a register with a unique identification number for every citizen. This is not only a violation of the law itself, as the delegation is limited to COVID-19 related issues, but it is also an infringement of individual rights, especially the right to the protection of personal data laid-down in article 24 of the constitution. It is also a grave violation of article 49 of the constitution which stipulates in its first paragraph that all right limitations or right-regarding actions shall be established by law, and law here refers to legislative acts as only the legislator is competent to issue right restrictions and regulations.

Other posts about this region:
Tunisia 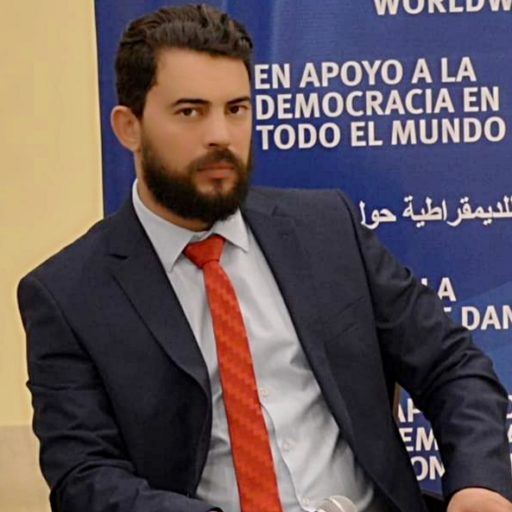 Aymen Briki Aymen Briki is a Ph.D. candidate in Public law at the University of Sousse, Tunisia, and an associate programme officer at the International Institute for Democracy and Electoral Assistance, Africa, and West Asia office (International IDEA).

Other posts about this region:
English Articles, Tunisia No Comments Join the discussion
Go to Top