Is the US Constitution to blame for the Rise of Donald Trump? An Interview with SANFORD LEVINSON

Only six days to go until the US voters will head for the ballots to decide whether or not Donald Trump will hold the most powerful office of the earth for the next four years. How well do you sleep at night?

Less well. It is paradox. One part of me tells me to be less nervous: Hillary Clinton has, according to the latest polls, an 87 percent chance of winning. On the other hand, in a Russian Roulette game with a five-out-of-six chance that you will be just fine, most of us would not pick up the gun and pull the trigger, right? So, there are reasons to be scared, but not hysterical. The odds are still very much in her favor.

Do you see any signs of rigging the election, as Donald Trump has repeatedly claimed?

This is paradox, as well. As a matter of fact, he is much more likely to benefit from election irregularities than she is, because of what is going on right now in my original home state of North Carolina or possibly in my now-home state of Texas, where there are systematic attempts to suppress the vote. This is happening uniformly in states controlled by the Republican right. They have made it harder to vote, by making it obligatory for voters to show an ID, by reducing the precincts, by cutting down on the time allowed for early voting. In the US, unlike in most countries, election day is always on a Tuesday, in the middle of the work week. It is already difficult to take the time to vote, but even more so for single moms, for people who work and have to take care of children or elderly parents and the like. Generally, the people who will end up not being able to vote will be more likely to have been voting Democratic.

Most commentators point to politics to explain why things went that bad – immigration, race and gender politics, deindustrialization in the rust belt, and so forth. What about the structural reasons? To which extent do you think it is the constitutional setup of the US that is to blame?

I believe the constitution is very much at fault. That is not a widely shared view among my colleagues, I must add. I am a bit of an outlier here. I believe that the US constitution is radically defective in a way that contributes quite directly to the frustration that people in this country feel about national-level politics.

One of the things that is driving American frustration and anger is that meaningful legislation has become all but impossible at the national level. In a split government as we have now and will likely continue to have after the election, the President and the Congress majority will mutually block each other’s legislative initiatives. Many members of the Tea Party believed that they really won the election in 2014 when they got further control of the House and the Senate, and that this would lead to the passage of right-wing programs they favored, and the country would change. It did not, in part because the President – whom I support – vetoed that right-wing legislation. The House of Representatives passed some 50 different bills to repeal Obamacare. But it did not matter. It was just symbolic politics. On the other hand, the left believed that they/we had one huge victory in 2008 and would really be able to implement the agenda of the Democratic Party. Barack Obama was in fact a very successful President for the first two years, but then, in 2010, the Republicans got the House of Representatives back.  At that point it became functionally impossible to pass anything, which is what brought Bernie Sanders so close to being the Democratic presidential candidate. For the last six years, the one thing that has united both right and left is the sense of frustration about the gridlock in Washington, and that is what both Trump and Sanders were playing on.

What could Trump – or, for that matter, Sanders – actually do about that gridlock if he became President?

Neither of them is willing to tell their constituents that there is actually very little an American President can do on the domestic side without the strong support of both House and Senate (Foreign policy might be something else). That being said, it is also true that American Presidents of both parties increasingly have an incentive to push the envelope as much as they can to try to achieve through executive orders what they cannot get through Congress. President Obama certainly has tried to push the envelope. But there are real limits. If you believe that a major problem is climate change then you need some sort of comprehensive legislation, a national debate about what is to be done. Instead, Congress cannot do anything, the President pushes through some relatively marginal changes. Another example: immigration reform. There are some 11 million undocumented immigrants in the US. The President can e.g. relax deportation and make life easier of their children, but what he cannot do is provide a comprehensive solution. George W. Bush, whom I certainly dislike as President, was quite good on immigration policy, but even he could not get a comprehensive reform through Congress. Obama got his reform through the Senate, but the Republican Speaker of the House refused to bring it up to a vote, so it has just been festering there ever since.

Donald Trump does not seem to be very interested in comprehensive legislation, does he?

Trump has no serious legislative program. He is not a serious man. The immigration reform conundrum sets the stage for him, a terrible demagogue in every way, to proclaim that he can solve this problem by deporting everybody or by building a wall. Which is all fantasy. He is building on the frustration in this case of the right. And the temptation of a candidate like Sanders is to build on the frustration of the left making promises about what they can do as President that under no circumstances could ever be kept. The paradox with Hillary Clinton is that she actually realizes very well how constrained she would be as President. She really is not pretending that if only she becomes President all sorts of wonderful things would automatically happen. She is just too experienced. And she is, unlike her husband, not a natural demagogue.

Given this tremendous level of frustration in both camps, what will happen if they find out that all they are going to get is yet another frustration? Who will they turn to next?

That is the key question. My view is that things will get worse before they get worse. Assuming Clinton wins, there will be tremendous relief and elation on November 9th. If the Republicans keep the House, on November 10th there will be the realization that this election is the most important election in our lifetimes only because of the rejection of Donald Trump. He is a real menace, of course. But in terms of an election that really breaks the logjam, no: It will be more of the same. More of this sick feeling that the national government is really incapable of responding to challenges except if Presidents can push the envelope of executive power, which will just fuel the rage of the opposition party.

So, what is in the offing is a four- or eight-year deferment of constitutional cataclysm, at best?

Max Weber has said that deeply buried in the American system are the seeds of Caesarism. I think that was a profound insight. For some years I have recommended my students to read Carl Schmitt’s book on the breakdown of the Weimar democracy, which I think is a brilliant book even if Schmitt was a very unattractive individual. He describes quite accurately the inability of the Weimar Republic to function effectively and the incentive that generated for executive-oriented demagogues, the principal one of which obviously was Adolf Hitler, to try to cut the Gordian knot by reference to his own charisma and willingness to be a disruptor. Now, Trump is no Hitler. But he is anti-constitutional and an egomaniac, and he plays on the fits of frustration and anger that most people feel when they think of the US Congress. The polls show that at any given day Congress has an approval rating of 10 to 15 percent, which means that even the half of the electorate that voted for the current majority deeply dislike how it works. This is ominous for the future of American democracy. This is comparable to what you might have heard when you had asked people in Germany in the 20s, wherever they stood politically, about whether or not they had any confidence in the Weimar parliament to be able genuinely to govern.

What about the third branch, the judiciary? President Obama has nominated Merrick Garland as Justice of the Supreme Court which the Senate refuses to even hold a hearing on. And some in the Republican Party say they would block all of Clinton’s nominees for her whole term of office.

There are a number of different possibilities next Tuesday. The betting odds right now are a Clinton victory, and the Democrats get the Senate back. That means that a future President Clinton would get her nominees confirmed. But there is also a decent probability that Clinton is elected President and the Republicans keep the Senate. We already have a number of Republican Senators, including some usually viewed as sober, who said they would refuse to confirm any nominees by Clinton. At some point that could generate a genuine constitutional crisis. But I would also emphasize that, as important as the Supreme Court is, one should not overestimate it. This myth going back to Alexis Toqueville that every imporant political issue in the US automatically ends up and is resolved in the judiciary – that is simply false. The Supreme Court can do very little about immigration, one way or the other, nor about climate change. That requires legislation. The Court will never say, okay, you cannot design a plausible climate change policy, we will do it for you.

Constitutional constraint of government is usually regarded as a beneficial thing from a liberal point of view. Not so in America?

By design we did not want to create a truly effective government because we feared it would make tyranny too easy. So, instead we have chosen this, I would say, Byzantine system of separation of powers, checks and balances and the like that ends up generating all these confusions. We are just stuck, unless and until one party does establish substantial enough control of all the branches of the American system that it can engage in governments. It is almost like an astrological conjunction of the planets. It happens very rarely. And there is no reason to think this is going to happen in the next several years. This is exactly what Weber suggested as a possible danger of American presidentialism. At some point, people want something to be done. Lenin got it right when he said that the important question is ,what is to be done‘. If the political system blocks action at some point you have people who say in effect: to hell with the political system, we will push the envelope for all it is worth. That is the monumental danger of a Trump presidency: that he has no apparent discipline. God only knows what he would try to do as President.

DOWNLOAD PDF
LICENSED UNDER CC BY NC ND
SUGGESTED CITATION  Levinson, Sanford V.; Steinbeis, Maximilian: Is the US Constitution to blame for the Rise of Donald Trump? An Interview with SANFORD LEVINSON, VerfBlog, 2016/11/03, https://verfassungsblog.de/is-the-us-constitution-to-blame-for-the-rise-of-donald-trump-an-interview-with-sanford-levinson/, DOI: 10.17176/20161103-104113. 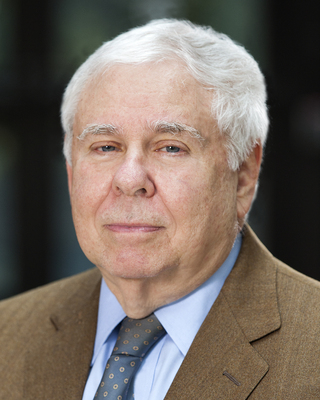 Other posts about this region:
English Articles, Long Read, USA No Comments Join the discussion
Go to Top