Italy before the Constitutional Referendum: „I do not see any Armageddon Scenario“

Imagine Italy a year from now, if the NO camp carries the day and voters decide against Prime Minister Renzi’s call for a constitutional overhaul on December 4th: What do you see?

That is a political question. But I will express my personal view. A year from now, I do not see any “Armageddon” scenario. Italy will vote in 2018 and the legislature will conclude its term. I do not see any populist revolution. I do not see the masses taking to the street to protest against an arising dictatorship. What we are having right now is a classical political debate which we must not confuse with real authoritarism, especially because at this moment – and I think of Turkey – we clearly see very bad forms of authoritarianism growing in Europe. We really have to keep our concepts straight and use words in their proper sense. At the end for one reason: if the No camp will win we will have two different proportional electoral laws for the Chamber of Deputies and the Senate, and it is impossible for anyone to obtain one electoral single majority after the vote, considering also the different electorates between the two Chambers.

How would that picture change if YES prevails?

If the Yes camp wins the referendum, Italy has given proof of self-confidence and credibility, both internally and towards the rest of the world which sees my country with hope. It will be a country that is easier to govern, with a unicameral vote of confidence (as usual with parliamentary and semi-presidential democracies) and a simple relationship between State and Regions. Matteo Renzi’s government will remain in office and, with the backing of the won referendum, will dedicate its efforts to implement the reform about the new parliamentary rules, the practical mechanisms to hold the new referenda introduced, and a new electoral law more accurate and appropriate to our political times. At the same time Matteo Renzi will use this victory also to present a different idea and vision of the European Union against the populists parties.

How do you explain the fact that the constitutional reform meets with such tremendous and unexpected resistance among the electorate in Italy?

Personally, because I live in Italy and meet with many citizens interested in reforms and change to the institutional mechanics of our constitutional text, I do not see all that much resistance. I see some opposition to Renzi, no to the proposal. And this is the biggest point of this reform: when you go into the details with an interested citizen the response is usually positive.

Who benefits from the constitutional status quo?

I do not see how anyone benefits if the current status quo remains unchanged. It requires that the government, in order to survive, has to search, day by day, a majority in both different Chambers, the House and the Senate. Every day of this experience is an encouragement for what we call “trasformismo” in Parliament. Also, if No prevails, we will maintain the current problematic relationship between State and Regions. In fact, the reforms will also reallocate the powers between the national government and the Regions to address the fragmentation, overlap, and conflict of competences in the vertical division of mandates. The constitutional reforms will cancel matters that fall under concurrent or shared legislation. The new division of competences is mostly based on the judgments of Constitutional Court, that since 2001 have clarified the authoritative way of interpreting the constitutional relationship between the national level and the Regions. The reforms specifically confer some powers, which currently fall under concurrent jurisdiction, to the national level (for example, strategic infrastructures, energy production and distribution, environment, competition). The amendments also introduce a „supremacy clause“ whereby the national government may legislate on matters falling under regional jurisdiction whenever such legislation is necessary to preserve the legal or economic unity or the national interest of the nation. In addition, the reforms simplify the institutional setup abolishing the constitutional provision on provinces, a level of government between the national government and the Regions. To reduce public spending, the reforms oblige the Regions to respect the level of expenditure provided by the general national budgetary law. The reforms also establish ceilings for the remuneration of members of regional organs, and abolish the allowances for political groups in regional councils and for senators.

Do you fear that a feedback loop of political gridlock and disenchantment with the „political class“ could bring down liberal democracy in Italy? If so, what could be done about it if the constitutional referendum fails?

I fear very much the anti-system and anti-political movements that exist in Italy. And we certainly have to expect a period of severe political and institutional turbulence. This is no news for you in Germany with AfD on the rise and Austria with the upcoming Presidential elections, and even less in France with Marine Le Pen getting a shot at the Presidency next year. I do not think, though, that our democracy will cease to be liberal. It will certainly be weaker and poorly governed. Suffice it to say that politicians who support No – from Berlusconi to Grillo – are united only by their desire to protect themselves and the status quo.

The reform package contains a change to the electoral system that would give the relative winner a big bonus to ensure his majority in Parliament. Doesn’t recent history in places like Hungary, and in Italy itself, give ample warnings about the pitfalls that can ensue from such majoritarian measures? What if that bonus helps a populist and/or authoritarian movement to grab power one day?

The present Electoral law is still fragile, since the Italian Constitutional Court will soon decide on its constitutionality. There are three ordinances pending on the subject. So, I feel quite safe because it will be for the Constitutional Court to answer the question whether or not it is democratic to hand out a premium of 24 deputies out of 630 to the relative winner of the election. Italy it is not Hungary.

The referendum in Italy is provided in the Constitution (art. 138). It can be called only if the quorum is less than 2/3. Anyway, it is a democratic measure. Of course, as a binary tool – yes or no – it can be fairly simplistic and is not easy to manage. But this imposes on the system the requirement to explain more and better the respective reasons that speak for voting yes or no. Either way, it is provided in the Constitution and this must be respected. 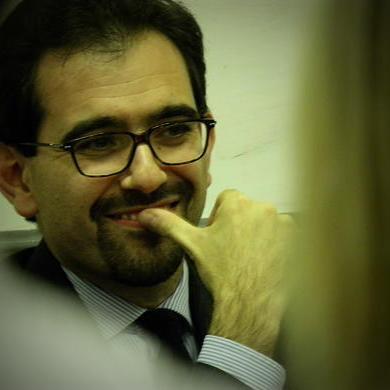 Francesco Clementi Francesco Clementi is an Associate Professor of Comparative Public Law at the University of Perugia, Italy. In 2013-2014, he was appointed by the Italian Government to the special Commission of Experts to prepare a report on constitutional reforms for the Italian Parliament.