Judgment 238/2014 and the importance of a constructive dialogue

I will focus here on two facets of Judgment 238/2014 and its legal implications. In the first part, I will shed some light on certain drawbacks of the application of the counter-limits doctrine in the relationship between the Italian Constitutional Court and the International Court of Justice (ICJ). Some of these criticisms show that the dialogue between constitutional courts and the ICJ is quite complex. Opportunities for dialogue are infrequent and the means are not comparable to those available at the European level. In the second part, I will explore how the availability of alternative means of dispute settlement at the international level may impact on the need to award redress for Italian victims. Despite this potential impact, I submit that the more suitable solution, for the time being, is an Italian political initiative aimed at unilaterally granting reparation to the victims.

1. Difficulties in applying the counter-limits doctrine in the relationship between the Italian Constitutional Court and the International Court of Justice

The counter-limits doctrine admittedly presents an intrinsic contradiction. In particular, the recognition of a constitutional judicial power which prevents the entrance of international norms into the national system – for the purposes of safeguarding the supreme principles of the Italian Constitution – would be in conflict with the openness to international law granted by the Constitution itself. It may be the existence of this contradiction that has seen the counter-limits doctrine often invoked, but never applied.

More interestingly, as pointed out by an author, as long as the application of the doctrine remains just a threat, the collision of legal orders continues to be just an abstract scenario.1) The effects of the potential application of the counter-limits doctrine may even be seen as a constructive one. First, the non-application of the counter-limits doctrine confirms the existence of common or at least compatible values between legal systems: if the counter-limits are not applied, it means that the “external rule” is in compliance with national legal principles. Secondly, the possibility that the counter-limits doctrine can be applied may provide warning to judges of other legal orders about the existence of a potential systemic collision. The threat of this clash may force them to take into account the interests that are conflicting and to look for acceptable, balanced solutions. The problem is that when the doctrine is indeed concretely applied, as in case of Judgment 238/2014, the contrast between legal orders becomes impossible to reconcile.

Despite the criticisms on the application of the counter-limits doctrine, Judgment 238/2014 may be seen as an “episode in a more general tendency to return to dualistically colored practices in the relationship between the legal orders”.2) However, one cannot ignore the different context in which Judgment 238/2014 operates. In this regard, some scholars have highlighted that it is one thing to apply a national “filter to a European supranational organization, such as the EU and quite another to use it to scrutinize global institutions and universal rules”.3) The difference would lie in the lower level of integration and the more varied array of legal values, principles and interpretations characterizing international rules, compared to the high degree of integration and sophistication reached by the European Union. The application of a national “filter” may also cause tension within the EU system. But any claim for protection of national identity has a wider and more dangerous impact at the international level, heavily weakening the application and enforcement of international law and decisions.

Indeed, human rights scrutiny of international legal acts has recently occurred in relation to the UN Security Council’s targeted sanctions. However, in the relevant case-law courts were essentially talking to political organs of the UN in order to improve the level of human rights protection of that legal system. Intersystemic dialogues do not always involve only judicial organs. Taking into account the different counterparts of the dialogue, a consequence of Judgment 238/2014 is a “more serious damage to the normativity of the international legal system”,4) since it questions the decision of an independent judicial organ. The Italian judicial scrutiny does not react – as in Kadi, Al-Dulimi and the alike cases – to the potential arbitrariness of political decisions directly impinging on individual rights.

In the relationship between the Italian Constitutional Court and the International Court of Justice (ICJ), the counter-limits doctrine suffers from additional inherent limitations. Recently, in its Order 24/2017, the Italian Constitutional Court envisaged an application of the counter-limits doctrine against the Court of Justice of the European Union (CJEU).5) However, the Constitutional Court’s order does not necessarily bring us to an insurmountable conflict or stalemate. For example, the fact that the Court did not clarify the exact scope of the supreme principle endangered by a previous CJEU’s decision has been considered “a pure strategic choice” aimed at leaving some leeway to the Constitutional Court for the purposes of  reconciling the CJEU’s answer to the preliminary request with the Italian Constitution.6) This case shows that the relationship between national courts and the CJEU is a very sophisticated and developed one and provides judges with a range of “means of dialogue” to solve normative conflicts. A wise use of the preliminary reference procedure may be one of these means and methods. The judicial dialogue within the EU judicial order is built on these strategic, refined and subtle choices.

Finally, even in the non-desirable scenario of an application of the counter-limits doctrine, the Constitutional Court should leave some leeway for other actors – particularly the political organs of the State – to find alternative solutions. In addition, the Constitutional Court itself could suggest ways to get past the deadlock. In its Judgment 238/2014, the Court appears to have neglected this promising facet of its role. However, the sentenza does not entirely preclude the viability of alternative means of dispute settlement and redress.

2. The existence of alternative means of dispute settlement and a reasonable way to award redress to the victims

In the field of the jurisdictional immunities of international organizations, the existence of alternative means of protection has often played an important role. As stated by the European Court of Human Rights, in order to establish whether an international organization enjoys immunity from municipal jurisdiction, a relevant factor relates to the availability to the applicants of “reasonable alternative means to protect their rights under the Convention”.7) Rare exceptions to this test, as in the very well-known Mothers of Srebrenica case, are normally justified by the unique and imperative nature of the functions of the United Nations Security Council in maintaining or restoring international peace and security.8)

The issue of the availibility of alternative means of protection was interestingly also addressed before the International Court of Justice. Italy argued that the denial of immunity to Germany was justified by the failure of all other attempts to obtain reparation for the victims involved. The Italian argument however, was rejected, since the ICJ was not able to determine the existence of a customary international rule which “makes the entitlement of a State to immunity dependent upon the existence of effective alternative means of securing redress”.9)

The Constitutional Court’s reasoning rests instead on the assumption that no access to justice was granted to Italian vicims. However, the position of Italian victims has been subject to judicial scrutiny by many German judges, going all the way up to the German Constitutional Court. In all these decisions, victims were denied any compensation.10) As some scholars have pointed out, individuals did not lack an access to justice, but rather to a judge who granted them compensation. The Italian Constitutional Court should have scrutinized whether access to justice was effectively granted to victims, instead of assuming the denial of judicial protection as an automatic consequence of the unachieved reparation. After all, one of Italy’s arguments before the ICJ was specifically aimed at demonstrating that many Italian victims “were not included in any postwar reparation scheme agreed upon between Italy and Germany nor were they included in the reparation schemes set up unilaterally by Germany”.11) According to Italy, this would lead to the conclusion that “the remedies available under German law provided no reasonable possibility of obtaining effective redress”.12)

Yet, in the event that judicial means were considered unsatisfactory or unavailable, the Court’s evaluation could then have dwelt upon the existence of interstate negotiations, as a possible alternative means of redress. In other words, besides an assessment of the effectiveness of the right to a judge granted to Italian victims, the Constitutional Court should have inquired as to the viability of other (diplomatic) means of protection of the rights of the victims. This would have implied that political organs, and especially the Italian government, could have become one of the counterparts of the dialogue.

As is well-known, the ICJ was “not unaware” that the customary rule on State immunity “may preclude judicial redress for the Italian nationals concerned”, and, on this basis, the international judge envisaged “further negotiation involving the two States concerned, with a view of resolving the issue”.13) The ICJ seems therefore to suggest that negotiation is the alternative dispute settlement par excellence. Even the Italian Constitutional Court interpreted this paragraph as indicative of the fact that the “opening of new negotiations is the only means available to settle the dispute in international law”.14)

If this is the only solution at the international level, the Italian judge may have given more importance to the availability of alternative means of redress – in the form of negotiations between the two States – in order to wear down the absolute character of the principle of judicial protection enshrined in Article 24 of the Italian Constitution. In its jurisprudence, after all, the Italian Constitutional Court itself considers the promotion of alternative means of dispute settlement as a public interest apt to temporarily restrict the right of access to a judge.15)

Notwithstanding the ICJ’s auspices, it is unclear whether the two States genuinely attempted to find a negotiated solution to the dispute. In light of that, the Italian Constitutional Court may have scrutinized adverse human rights impacts resulting from a reluctance of the Italian government to take diplomatic initiatives. Scrutiny of Italy’s behaviour in granting human rights protection to its citizens may have encouraged the government to look either for a diplomatic settlement or for any other internal solution capable of addressing the unanswered claims of the victims. However, the consequences of the enforcement of Judgment 238/2014 may still exert a certain pressure on Italian political organs to either find a means to settle the dispute at the international level or to directly award some means of redress to the victims. Of course, a negotiated solution depends upon the willingness of both parties, whereas an Italian political initiative aimed at unilaterally granting reparation to the victims is always possible. Moreover, the latter solution has the virtue of confining the question of IMI’s compensation within the Italian legal order. This may stop the enforcement of Judgment 238/2014 and reduce Italy’s exposure to international responsibility for non-compliance with the ICJ’s judgment. In practice, the risks of a failure to find a settlement at the international level and the costs of a lack of protection for its nationals should be borne by the Italian government. As long as Italian victims and their heirs are compensated, the restriction on those victims‘ right to seek justice through the courts might become more tolerable for the Italian tribunals. 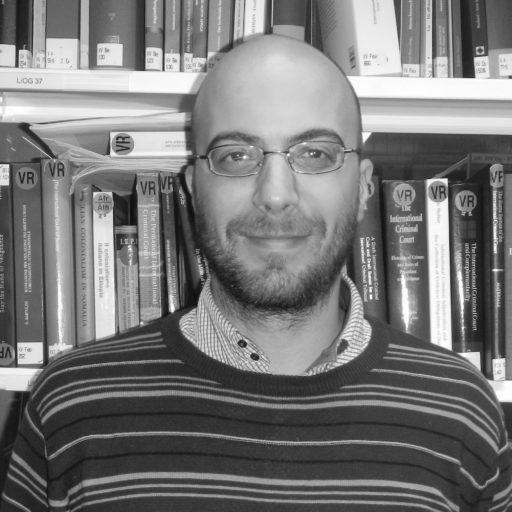