Jurisdiction, legislation, and creative interpretations in the Opinion of AG Wathelet in C-72/15 Rosneft

The frequent legal challenges to the European Union’s economic sanctions regimes have resulted in several judgments chiseling out key issues of EU law. Case C-72/15 Rosneft, which will be decided in the coming months, provides the European Court of Justice (ECJ) yet another opportunity to do so. In particular, the Rosneft case invites the ECJ to clarify its jurisdiction and power of judicial review over decisions taken by the Council under the Common Foreign and Security Policy (CFSP) – in the context of a reference for preliminary ruling.

The recently-released Opinion of Advocate General Wathelet in the Rosneft case was therefore eagerly awaited, and in this blog post we will examine two aspects of it. First, we will discuss his conclusion that the ECJ has jurisdiction to review the legality of CFSP decisions by way of preliminary ruling. Second, we have some remarks on his rather swift and somewhat formalistic argument for why CFSP decisions can never be regarded as “legislative acts” – regardless of how they are formulated.

Does the ECJ have jurisdiction over CFSP decisions in preliminary ruling cases?

The scope of this “claw-back” is the key jurisdictional question in the Rosneft case. CFSP sanctions regimes have a peculiar structure. They are enacted through the use of two separate legal instruments. First, by a Council decision under TEU article 29. Second, and following such a decision, the sanctions are implemented within the internal market by means of a Council regulation under TFEU article 215. In the present case the relevant instruments are Council decision 2014/512/CFSP and Council regulation 2014/833/EU, which we will refer to in the following as “the decision” and “the regulation”.

The Rosneft case is quite exceptional, in that the referring UK court specifically asked about the legality of both the decision and the regulation. That the ECJ has jurisdiction to review the legality of the regulation is rather uncontroversial, since it was adopted under TFEU article 215 – a non-CFSP provision (paras 69–71). The decision, on the other hand, finds its legal basis in TEU article 29 – and thus squarely within the CFSP. Any jurisdiction of the ECJ will therefore have to be based on the “claw-back” provisions.

The problem with the “claw-back” provisions is, however, that they can be read as ruling out the possibility of preliminary references. According to TFEU article 275(2), the ECJ only has jurisdiction to rule on “proceedings, brought in accordance with the conditions laid down in [TFEU article 263(4)], reviewing the legality of decisions providing for restrictive measures against natural or legal persons”. This reference to TFEU article 263(4), which lists the criteria for when individuals may file direct actions for annulment, may be read as precluding jurisdiction in preliminary reference cases.

To get around this, AG Wathelet focuses on TEU article 24(1) i.f. It provides that the ECJ’s has jurisdiction to “review the legality of certain decisions as provided for by [TFEU article 275(2)]”. He reads the reference to TFEU article 275(2) as referring only to the type of act (“restrictive measures”), and not the type of proceedings (i.e. actions for annulment), see para 61 of the Opinion. This rather creative interpretation opens the door for preliminary rulings, brought in accordance with TFEU article 267 (para 62).

The question is whether AG Wathelet’s interpretation is too creative. The consequence of the interpretation is that the TFEU article 275 is seen as having a different (narrower) scope than TEU article 24(1) i.f. – a surprising result, since most have regarded that the two provisions were intended to be identical.

On the other hand, AG Wathelet’s interpretation fits well with the system that applies generally in EU law, namely that the legality of acts can be subject to both direct and indirect challenges. If, on the contrary, the ECJ is not able to give the UK court guidance in this case, what would the UK court do? Could it for example invalidate the decision, or would Foto-Frost apply? Such questions show that a lack of ECJ jurisdiction in preliminary ruling proceedings would create significant problems in practice.

We therefore ultimately commend AG Wathelet for using the slight discrepancy between the two jurisdictional provisions, as a mean to ensure the smooth operation of the complete system of legal remedies established by the EU treaties.

Does the prohibition against “legislative acts” in the CFSP preclude detailed Council decisions?

At the oral hearing Rosneft argued that, by adopting a CFSP decision that in substance was of a legislative character, the Council misused its powers. According to TEU articles 24(1) and 31 the “adoption of legislative acts shall be excluded” in the CFSP. Rosneft argued that the Council violated this prohibition, by adopting highly detailed provisions in the decision and repeating them in essentially identical terms in the regulation. Moreover, Rosneft argued that the ECJ had jurisdiction to decide this issue under the TEU article 24(1) and TFEU article 275(2) “claw-back”, which give the jurisdiction to “monitor compliance with” TEU article 40. TEU article 40 provides that the implementation of CFSP measures must not affect the Union’s competences in respect of other Union policies.

Rosneft’s argument was likely inspired by the criticism legal scholars have leveled at the detailed nature of CFSP decisions imposing restrictive measures. They argue that they in practice constitute norms, thus making the decisions “legislative” in nature – in violation of TEU articles 24(1) and 31. Indeed, and as AG Wathelet must also admit, “legislative acts” are generally understood to be “measures of general application which apply to objectively determined situations and a category of persons envisaged in a general and abstract manner” (para 98). If the term “legislative acts” in TEU articles 24(1) and 31 are to be interpreted along these lines, then the current practice of imposing restrictive measures through highly detailed decisions (followed by copy-paste regulations) would be illegal.

Consequently, it seems the only effect of the prohibition of “legislative acts” in TEU articles 24(1) and 31 is that the broader role of the Parliament and the Council under TFEU article 289 is excluded (para 99). If this understanding is correct, the level of detail in the decisions can in itself never constitute an infringement on TEU article 24(1) and 31. The prohibition would in other words be of a purely procedural character.

Although a definition of “legislative acts” is be found in TFEU article 289(3), we are not fully convinced that the prohibition against such acts in TEU article 24 and 31 is to be understood in such narrow terms. This is because TEU article 24(1) second paragraph already explicitly provides that the CFSP is subject to specific rules and procedures, and that the role of e.g. the Parliament is restricted. This alone should be sufficient to establish that the adoption of CFSP measures are not subject to the ordinary or special legislative procedure in TFEU article 289(1) and (2).

To solve the questions posed by the UK courts in Rosneft, AG Wathelet have had to take a stance on how several contested provisions of the EU treaties should be understood. On the two issues discussed here his interpretations have been creative. Perhaps too creative when it comes to the understanding of the term “legislative acts”, and perhaps with a necessary measure of creativity when it comes to the ECJ’s jurisdiction. 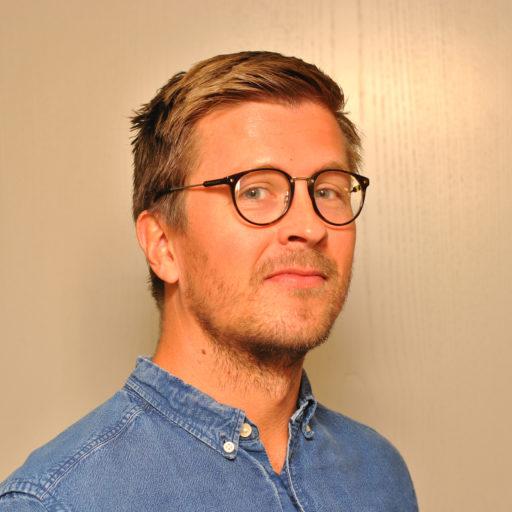 Other posts about this region:
English Articles, EuGH, Europa No Comments Join the discussion
Go to Top