Recently, the Grand Chamber of the European Court of Human Rights handed down its decision about the repatriation of Daesh-involved family members of French citizens. The judgment has been widely commented on in the French and international press. The overall impression that emerged was that of a victory for the applicants and a clear denunciation of French policy regarding the general non-repatriation of French children and their mothers encamped in north-eastern Syria. Reality is, however, very different. In fact, the Court’s decision is very measured. In many respects, it does (too) little and comes (too) late.

According to the Strasbourg Court, France has violated its ECHR obligations in the case of the repatriation of the French families of jihadists. This announcement was more than enough to satisfy the curiosity of the media. From a human-rights perspective, however, the decision is, at best, half a victory.

The Court was caught in a fairly complex situation where it had to balance the interests of the State and the rights of the applicants (closed relatives of the families in Syria). On the one hand, international law recognises that the State has complete freedom to decide whether or not to act to protect its nationals abroad. The French government thus considered that it would only engage in a policy of repatriation “on a case-by-case basis”, like many other European states, by virtue of its discretionary power to protect its nationals.

On the other hand, the applicants based their claims on the individual right to readmission on national soil, provided for and enshrined in Article 3 (2) of Protocol No. 4 annexed to the ECHR, which stipulates that “No one shall be deprived of the right to enter the territory of the State of which he is a national”. France has been unreservedly a party to this protocol since 1974. The applicants sought recognition of a positive obligation on the part of France to organise the repatriation of the families.

The Court does not fully agree with either the government or the applicants. First, it holds that there is no “right to repatriation” for nationals, as international law did not provide a sufficient basis, in the absence of a “European consensus”, for such an extension of diplomatic protection. However, the European judges also consider that France has a positive obligation – in the “exceptional circumstances” of the case – to verify “whether the decision-making process followed by the French authorities was surrounded by appropriate safeguards against arbitrariness”. This obligation has been violated, yet that is of little consequence.

The French supreme administrative Court (the Conseil d’Etat) had in fact refused, during the domestic phase of this case, to rule on the merits of the applicants’ situation, considering that the government’s decision was based on “political questions” (“acte de gouvernement”) that it could not examine. The European judges considered that such a position is unreasonable and that the applicants should at least have the right to a judge to ensure that nothing arbitrary was done in the government’s decision-making process.

This point is crucial: the European Court does not review itself the substance of the case; it only ensures that a national authority is in charge of the review. France’s breach of its obligations rests precisely on this principle. The ECtHR can’t allow European rights to remain without domestic remedies. While the applicants alleged a violation of a Convention right, they found no competent judge to examine their application. France was then condemned for a procedural and non-substantive violation of its obligations.

Despite the appeals of lawyers and groups defending the humanitarian component of this situation, the most likely result is that nothing at all will come out of this European decision. The French administrative judges, like the Strasbourg Court itself, find themselves increasingly in a “grey hole” where all disputes marked by terrorism or Islamism are invariably rejected, but with the formal façade of the rule of law.

In similar cases of nationality revocation, both the Conseil d’État and the European Court of Human Rights have rejected applications from individuals born in France, convicted of medium intensity offences, and with all their family ties in France. More recently, the Conseil d’État validated the expulsion of a radical imam with all his family ties in France – a “quasi-national” in the purest sense of a now dated European case law.1) The individual situation of an applicant no longer represents a sufficient weight when it comes to radical Islam and terrorism.

In the repatriation case at hand, the applicants have obtained from the ECtHR a ruling that, first, the national authorities should make a proper decision and, second, the administrative judge should be able to review it, without dismissing the case on a “political questions” justification. There is no doubt that the administrative judge will follow this prescription, and that it will examine the appeals filed by the applicants. What happens if it has to adjudicate on the government’s renewed refusal to repatriate the families of jihadists? The only requirement set by the European Court is to ensure that such a decision is not arbitrary. In the eyes of the European judges, any decision based on “compelling public interest considerations or (on) any legal, diplomatic or material difficulties” will not count as arbitrary. The vagueness and openness of these criteria makes room for any governmental justification and gives the domestic judge nothing but a very limited control.

The situation is therefore late in two respects. Firstly, it seems that the time has passed when the logic of human rights could prevail over high-security issues. The decision of the ECtHR to rely entirely on the domestic judge is probably the best way to avoid any responsibility when arbitrating between humanitarian and national security reasons. Chances are low – not to say non-existent – that the Conseil d’État will give precedence to the former over the latter. Secondly, most of the individuals detained in the Syrian camps are in a such terrible health conditions that any delay endangers their life itself.

No doubt one could not expect much more from the European Court of Human Rights, whose very existence is increasingly debated. The French authorities are now back in charge, only compelled to better justify and review any decision on the matter. No legal turnaround is to be expected. The result of this is probably all too clear. 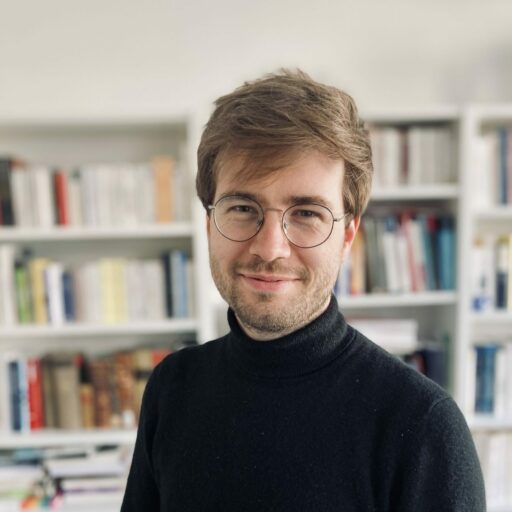 Jules Lepoutre Jules Lepoutre is a Professor of Public Law at the University of Corsica (France). His research interests include migration, nationality and citizenship law. ORCiD >>