Mangold at its limits: Horizontal effect of EU fundamental rights

With a seemingly unspectacular decision, the Court of Justice of the European Union (ECJ) significantly limited the scope of the controversial Mangold jurisprudence. At the same time, the AMS judgment indicates a potentially far reaching and complex approach to the idea of horizontal effect of fundamental rights.

In the 2005 Mangold case, the ECJ found that German labour law was incompatible with certain general principles of EU law, specifically, the general principle of non-discrimination based on age, resulting in the partial annulment of a private contract of employment in a labour court lawsuit. The judgment was subject to sustained debate, with critics questioning the pedigree of the general principle. While age discrimination was recognized by Article 21 of the Charter of Fundamental Rights and by the Anti-Discrimination Directive 2000/78/EC, the court was deemed to have circumventing the lack of binding force of the provisions in the Charter (which had not, at that time, entered into force) and the directive. Directives are not supposed to give direct effect horizontally in any case.

There was something to this, but the criticism concentrated on the wrong issue. Considering the broad empowerment to enforce fundamental given in Article 6 TEU (now and then) it does not seem extraordinarily – or improperly –  creative for the Court to draw inspiration from the Charter and directive to derive a general principle prohibiting discrimination on grounds of age. More problematic, however, was the way the ECJ avoided the directive’s limitations: on the one hand, the ECJ adopted a tricky construction of the older directive (that was not really an issue here) in order to find that the facts of the case at hand was within the scope of EU law; On the other hand, the European judges essentially eliminated the transposition period of the Anti-Discrimination Directive, which controlled the substance of the case.

With entry into force of the Lisbon Treaty, the Charter of Fundamental Rights became binding. Thus, subsequent analogous cases – such as Kücükdeveci, avoided the contentious part of the Mangold judgment: the Charter could be relied upon, avoiding the need to rely on the unwritten general principles. In the meantime, the Anti-Discrimination Directive’s transposition period elapsed. The ECJ could get rid of the shaky “tricycle” construction relied on in Mangold, which required the combination of two directives and one fundamental right. Instead, the ECJ could use a slimmer “tandem” version: On the one side, the national law which (wrongly) implemented the directive triggered the application of EU law, allowing the Court to rely, in accordance with Article 51 of the Charter, on the Charter’s fundamental rights provisions; on the other, the fundamental rights provisions allowed the Court to avoid the contentious issue of the horizontal application of directives which had not yet been implemented.

In AMS, the court limited this tandem approach. The case dealt with the right to workers’ representation under Directive 2002/14/EC. The directive only applies to companies with a minimum threshold number of employees. Under French law, trainees were not counted as employees and as a result of which, AMS did not reach the threshold number. Conversely, had trainees been counted, the company would have exceeded the threshold and it would have been obliged to accept a workers’ representative. In fact, the ECJ had previously held, that French law on this point violated the directive. The question now was whether the French courts were allowed to declare the national law inapplicable without violating the prohibition of direct horizontal effect of directives. So, once again the ECJ was presented with a tandem situation, like that in Kücükdeveci. In Article 27 CFR states:

Workers or their representatives must, at the appropriate levels, be guaranteed information and consultation in good time in the cases and under the conditions provided for by Union law and national laws and practices.

This was sufficient for Advocate General Cruz Villalón to approve the tandem in his opinion. On the one hand, there was the detailed directive that opens the scope of application of fundamental rights to the French law (insufficiently) implementing the Directive. On the other hand, the Charter provision could be relied upon by the AMS employees to enforce their right for representation horizontally against the company.

The problem here was whether Article 27 of the Charter, was in fact a fundamental right – or whether it was, instead, a fundamental principle. The Charter distinguishes between principles and rights, stating that principles ought to be not directly enforceable by courts but only to inspire the interpretation and validity of national or European law implementing them (cf. Article 52 Section 5). But considering the purpose of this limitation,(i.e. to leave the development and content of the those principles to specific law) the AMS case does not seem problematic: The tandem constellation aims to enforce the directive’s content and only uses the Charter as support. Therefore, the Advocate General had no problem proposing the tandem notwithstanding Article 52 Section 5 CFR.

But the Luxembourg judges were not convinced. The ECJ did not even consider the details of differentiation between principles and rights, something the Advocate General devoted a significant section of his opinion to. Instead, the ECJ stated that the specific wording of Article 27 CFR precluded the use of the tandem:

It is therefore clear from the wording of Article 27 of the Charter that, for this article to be fully effective, it must be given more specific expression in European Union or national law. (para. 45)

The ECJ then distinguished the case emphatically from the Mangold-jurisprudence:

“In this connection, the facts of the case may be distinguished from those which gave rise to Kücükdeveci in so far as the principle of non‑discrimination on grounds of age at issue in that case, laid down in Article 21(1) of the Charter, is sufficient in itself to confer on individuals an individual right which they may invoke as such” (para. 47).

This looks like it one of the rare cases where the Court relied on the literal wording of the provision, at the cost of restricting the efficiency EU law. The tandem cannot be used since Article 27 CFR is not specific enough to create rights for individuals. And the directive cannot compensate for the Charter’s lack of detail. The role of secondary law in these cases seems to be limited to opening the scope of the Charter’s application. To be directly applicable, the fundamental right must be sufficiently detailed by itself. For the workers at AMS, this means they must try to construe national law in the light of the directive (which was declared impossible by the referring court) or possibly claim state liability (which is not sufficient substitute for this kind of procedural rights).

At this point readers might be confused. Why would the ECJ sacrifice the very effective and almost unlimited reach of the tandem? One answer could be that the decision strengthened the potential of horizontal effect of fundamental rights in the long run. It took quite some time before critics realized Mangold was a case also about horizontal effect of fundamental rights. Advocate General Trstenjak was the first to really discuss this issue before the ECJ in a case called Dominguez in 2011. But the Dominguez judgment did not mention it at all. Now in AMS the court finally spelled out that “fundamental rights guaranteed in the legal order of the European Union are applicable in all situations governed by European Union law” (para. 42) and that the only precondition is that the norm “is sufficient in itself to confer on individuals an individual right” (para. 47).

In a way, this reasoning is circular: Fundamental rights have to confer an individual right to confer an individual right. Nevertheless, we are dealing here with the position that has been well known for over 50 years. In van Gend & Loos the court decided that in principle, every norm of EU law might be able to confer rights and duties (!) on individuals (p. 20). Now, this tenet of EU law has been extended to EU fundamental rights as well. We have gotten used to watching the reticence of the ECJ when making general statements about constitutional issues, preferring instead to adopt case-by-case, individual solutions. It is of no surprise that we do not have any constitutional theory of horizontal effect in EU law. EU law is at once simple and complex. While the court may have refused to apply Article 27 CFR in a horizontal situation, it will – no doubt – have plenty of opportunities to decide on the horizontal effect of other fundamental rights in the future. In AMS the ECJ set the stage for exactly that. 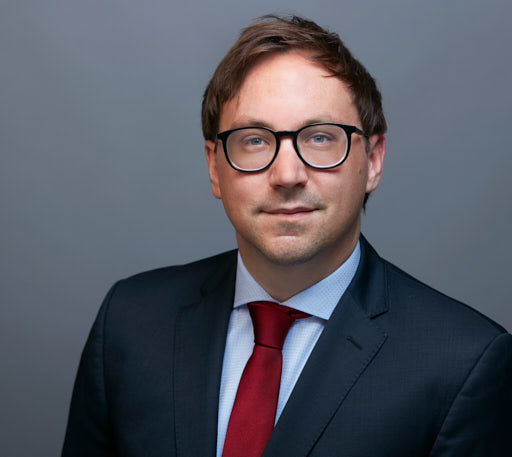