Only ten days after it was sworn in and a week after it received the confidence vote from the Parliament, the new Italian government led by Giorgia Meloni presented its first decree-law containing numerous provisions on a variety of issues: health, justice, and security. The first Italian government led by a woman was formed in a relatively short time, just a month after the elections that saw Meloni’s party – Brothers of Italy – gaining 26 percent of the vote share. The decree-law was the first legislative act presented by the new radical-right government. It was welcomed with pride by the members of the parliamentary majority, which depicted it as a sign to the citizens that the public order must be respected and ready to intervene on matters related to law and order. Conversely, members of the opposition argued that the decree, in particular the anti-rave norm, puts in danger the freedom of assembly of the Italian citizens and that is a law that Putin could have written.

First, I will briefly present the content of the decree-law. Next, I will describe in more details the anti-rave prevision and why is problematic in its current formulation. Finally, I will discuss the implications of the norm on the freedom of assembly and on protests.

The decree-law nº 162 of 31 October 2022 is composed of 9 articles concerning four main issues. The first part of the decree introduces life imprisonment without parole (ergastolo ostativo) for those who chose not to cooperate and have committed crimes such as terrorism or have been involved in organised crime. The second part of the decree postpones to the end of December 2022 the date in which the new criminal law reform will come into effect. The third part modifies some of the measures that had been previously adopted in response to the COVID pandemic by reversing the mandatory vaccination for healthcare-workers and allowing for the reinstatement of those who were suspended because they refused to get vaccinated. Finally, the law decree regulates so-called “illegal gatherings”.

This last part of the law decree has dominated the political debate of the last days in Italy and has attracted widespread criticism. Critics highlighted as problematic both the scope of the norm – which is written in such general terms that it could apply to any kind of gatherings – and the particularly harsh punishments it introduces for this newly established crime. Before going into more detail about what the new norms states, it is necessary to recall that the Law Decree, according to the Italian Constitution, is an act with the force of law that the Government issues in cases of extraordinary necessity and emergency, it is immediately applicable, and it must be converted into law by the Parliament within 60 days, otherwise it loses its effects. Although in the last years, this type of acts has often been used to circumvent Parliamentary deadlocks, it is still an exception to the standard legislative process that needs to meet the criteria of necessity and urgency.

So, what is the extraordinary urgency and necessity that lead to the adoption of a norm against irregular gatherings? The answer is: a rave-party. A rave-party that took place the last weekend of October in Modena, a city in the north of Italy, where about 3,000 young people gathered for the weekend in an abandoned warehouse. This event dominated the news for few days, with journalists outside the warehouse interviewing participants and the police surrounding the area in order to prevent others joining the event. The party ended even before the law-decree was promulgated as, in the morning of 31 October, the ravers left the warehouse following peaceful negotiations with the police. This event, according to Government members, triggered the adoption of the decree-law that harshly punishes organisers and participants of these kind of events in an effort to guarantee security and order. The doubts that many have raised about the Article 5 of the law-decree – the one that contains the so-called anti-rave party provision – is that is written in such general terms that it can be applied to any kind of gathering of more than 50 people. Article 5 states that the “the invasion of terrains and buildings that can put in danger the public order and security […] made by more than 50 people […] must be punished with detention from 3 to 6 years and a fine from €1,000 to 10,000.” Moreover, it establishes the confiscation of whichever instrument used to organised the event and, due to the 6-year maximum sentence, the possibility of wiretapping the event organisers.

On one hand, article 5 does not state anywhere that it regulates rave parties only. Without this specification, it could apply to any invasion of terrains and buildings deemed dangerous to the public order. This stands in clear opposition to the letter of the Article 17 of the Italian Constitution. As it does not specify the cases to which the law applies, critics have highlighted how the article could be implemented to persecute any kind of gathering and protests and cautioned against the ample discretion left to the police forces to re-establish public order. The new norm, in fact, could be used to prevent and harshly punish any type of invasion (temporary) or occupation (lasting) of premises and buildings, public or not. In the last decades, gatherings of this kind and occupations have been one of the tactics that movement and protest organisations have used to convey their messages: from students’ organisations occupying schools and universities to labor unions occupying factories and climate activists occupying public squares and premises. The limitations introduced by the article 5 of the law decree seem to be in direct contrast with Article 17 of the Italian Constitution, which explicitly states that “citizens have the right to peacefully gather without arms”. Whether a tension between the letter of the Constitution and that of the law decree exist is only for the Constitutional Court to establish but, in the meantime, pressure on the government to change the norm during the conversion process in Parliament is mounting, even within the majority.

On the other hand, the new norm has raised concerns because is perceived as a measure aimed at limiting protests in a time of rising social tensions. In fact, Italy is experiencing – as other European countries – increasing costs of energy, high inflation rates, increasing youth unemployment rates, and climate-related emergencies. All these issues could lead to increased street mobilisation and social protests, especially after the long hiatus following the COVID pandemic. The letter of the norm, as it stands at the moment, could be used to prevent and punish any kind of social protest. It is worth remembering that when the law decree was published, many have linked it with another event that took place few days before at the University Sapienza in Rome. On 25 October, while the Government was obtaining the confidence vote in Parliament, university students organised a protest outside the department of Political Science of the University, where an event organised by the far-right student organisation Azione Universitaria (University Actions) was taking place. The event, on “good capitalism”, was also attended, beside the students of Azione Universitaria, by Brothers of Italy’s MP Fabrizio Roscani and journalist Daniele Capezzone. When the students tried to hang a banner that stated “Fascists go outside Sapienza” in front of the building where the event was taking place, the police blocked them and clashes erupted. The response of the police was immediately condoned by the new Interior Minister, Matteo Piantedosi, but members of the opposition objected against the disproportionate use of force against the students. The proximity in time between this event and the law-decree has further fuelled suspects that the law-decree had more than illegal raves on target.

The law-decree is yet to be transformed into law by the Parliament. During this process, it may still change significantly as a result of the criticism it received not only from the members of the opposition, but from the members of the majority as well. Irrespective of whether the law-decree would go through a substantial process of revision, it is quite telling, albeit not entirely surprising, that the first act of the newly established government was a legal package focusing on the issues of security and law-and-order. These issues have always been a core priority for radical-right parties in general and the members of the newly-formed government. However, it could be argued that the government, rather than focusing on one of its top priorities, is trying to divert the attention from the promises made during the electoral campaign, which included initiatives to halt the rising prices of energy, the implementation of the so-called flat-tax, or measures in favour of increased regional autonomy, all measures that, despite the promises, are difficult, expensive, and cannot be implemented in the short period. Diversion strategy or not, the fact that the very first act of the new government was a de facto clamp down on public gatherings raises concerns about the limitations that the governing parties might impose on the freedom of assembly and protest. 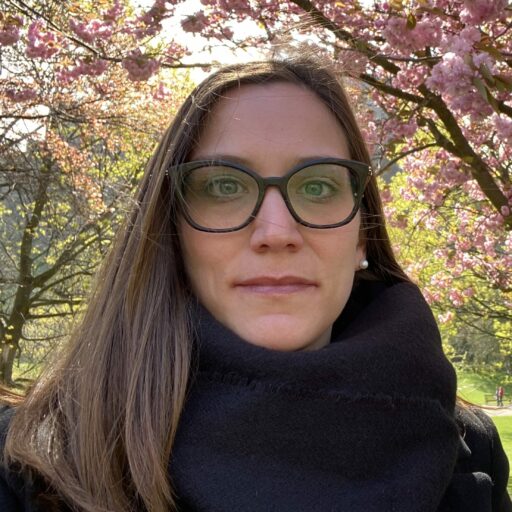