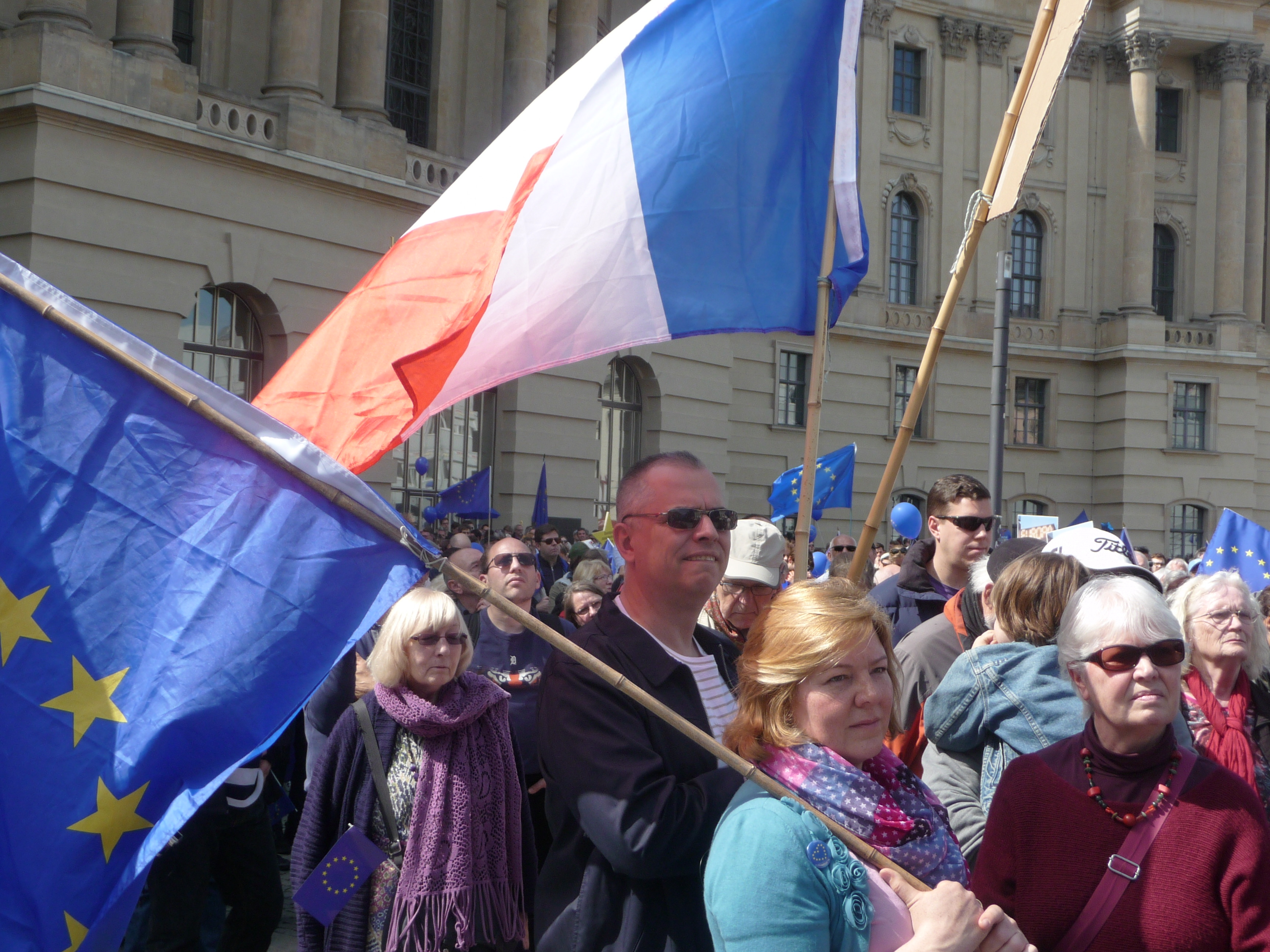 This might very well be the most momentous election night I will experience in my lifetime, and, praised be the lord, its result has turned out the way I and millions of others all over Europe have wished for, and by a generous margin, too! I was not entitled to vote, and yet this presidential election in France felt also mine in a way that I have hitherto only felt with US elections: Mea res agebatur. The old topos of the absence of a European public – that is simply not true anymore. German cities were full of Germans today blissfully waving their European flags and singing the Ode to Joy at the top of their lungs and discussing so passionately the French election as if it was their own call to stop Marine Le Pen from entering the Elysee palace. And it was their own election in a way, their own affair, even more than the ones in Austria and the Netherlands which we watched mostly as test cases for our own elections, our interest focussed on the impetus a populist victory could give our own populists. This was about us: if one part wins, we lose, and vice versa. And the same goes, as far as I can see, for the normalitarian populists who were swept along by the same wave of European polarization, from Nigel Farage to the AfD. They lost. We won. 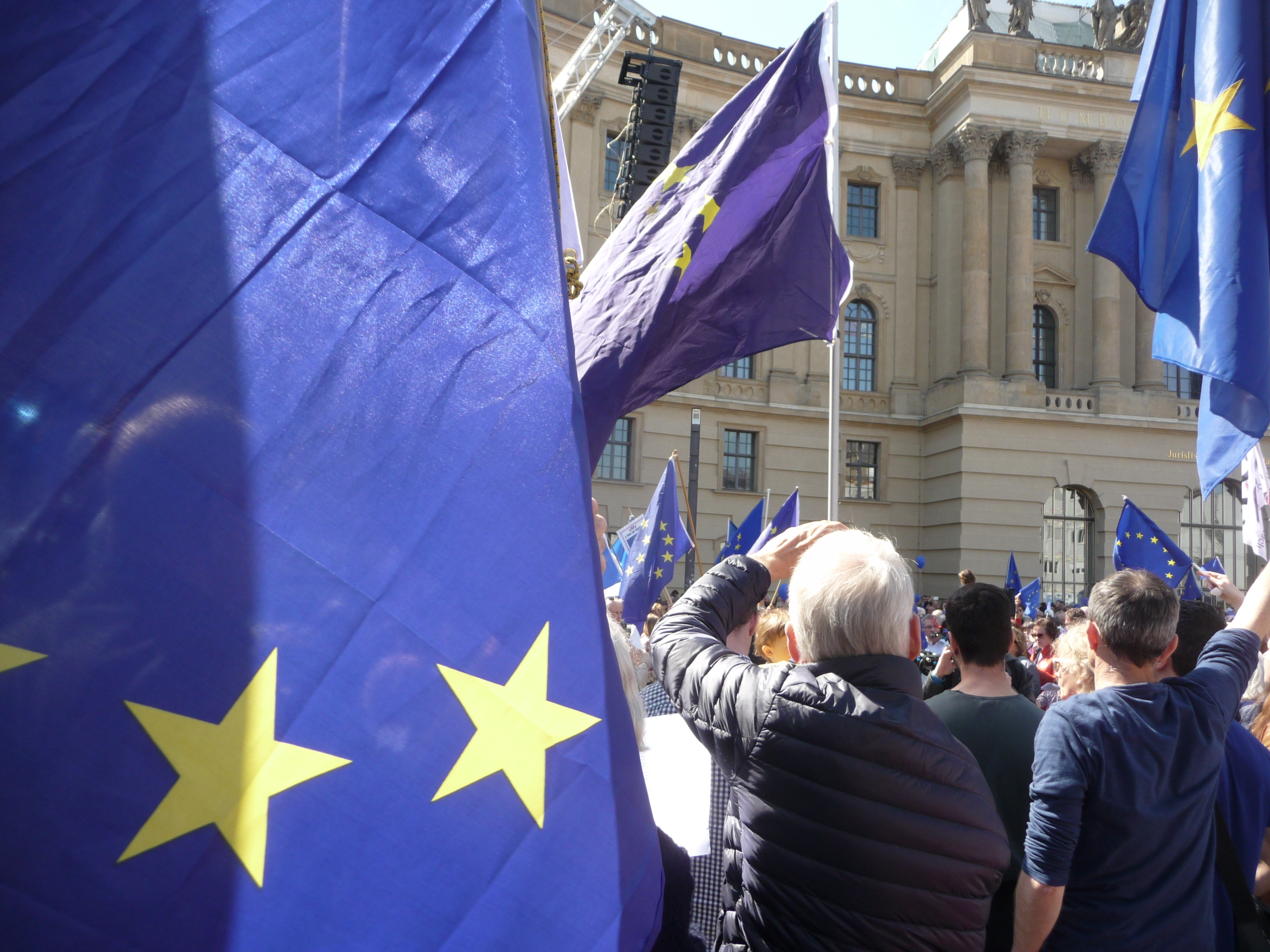 What a conclusion to what has been an actually rather awful week. You do not have to be prudish to feel nauseated by the exchanges both between Theresa May and Jean-Claude Juncker and between Marine Le Pen and Emmanuel Macron. „War“ was the word used by the usually comparatively reasonable Guardian to describe the conflict between May and Juncker, and searching for comparable metaphors for the TV clash of the two French presidential aspirants is not a very difficult task either. To avoid war, including the „intellectual civil war“ from the feverish fantasies of right-wing populist thinkers, is and will remain the core of the European integration project, and that this aim will be achieved in the foreseeable future has become a lot more likely tonight.

This assumes that we change as well, though. We have become way too smug in our own little liberal-cosmopolitan world of Erasmus grants and London jobs, as if the free movement of goods, services and capital as a matter of course can and should be held dear by everyone to the same extent as we do. Plenty of people are plainly right when they feel that the disadvantages outweigh their benefit by far as they sit in their little hamlets in rural Uckermark were everything and everyone has made use of these freedoms to move away, neighbors and jobs and culture and social life, the only thing left to them being booze and Berliners, loads of them, friendly eco-conscious urbanites with spotless political credentials, dwelling in all those formerly derelict farmhouses meticulously renovated to fantastic degrees of coziness from which they watch the aboriginal villagers with pity at best, contempt at worst. For the plight of these villagers there is little on offer but racism and resentment, which in turn gives us Berliners ample reason for our contempt, to the benefit of no-one. On this ground Marine Le Pen has cultivated her 34.2 percent, and with our rotten arrogance we have fertilized that ground to the best of our ability. We want to be good Europeans? Good then. Let’s start there. 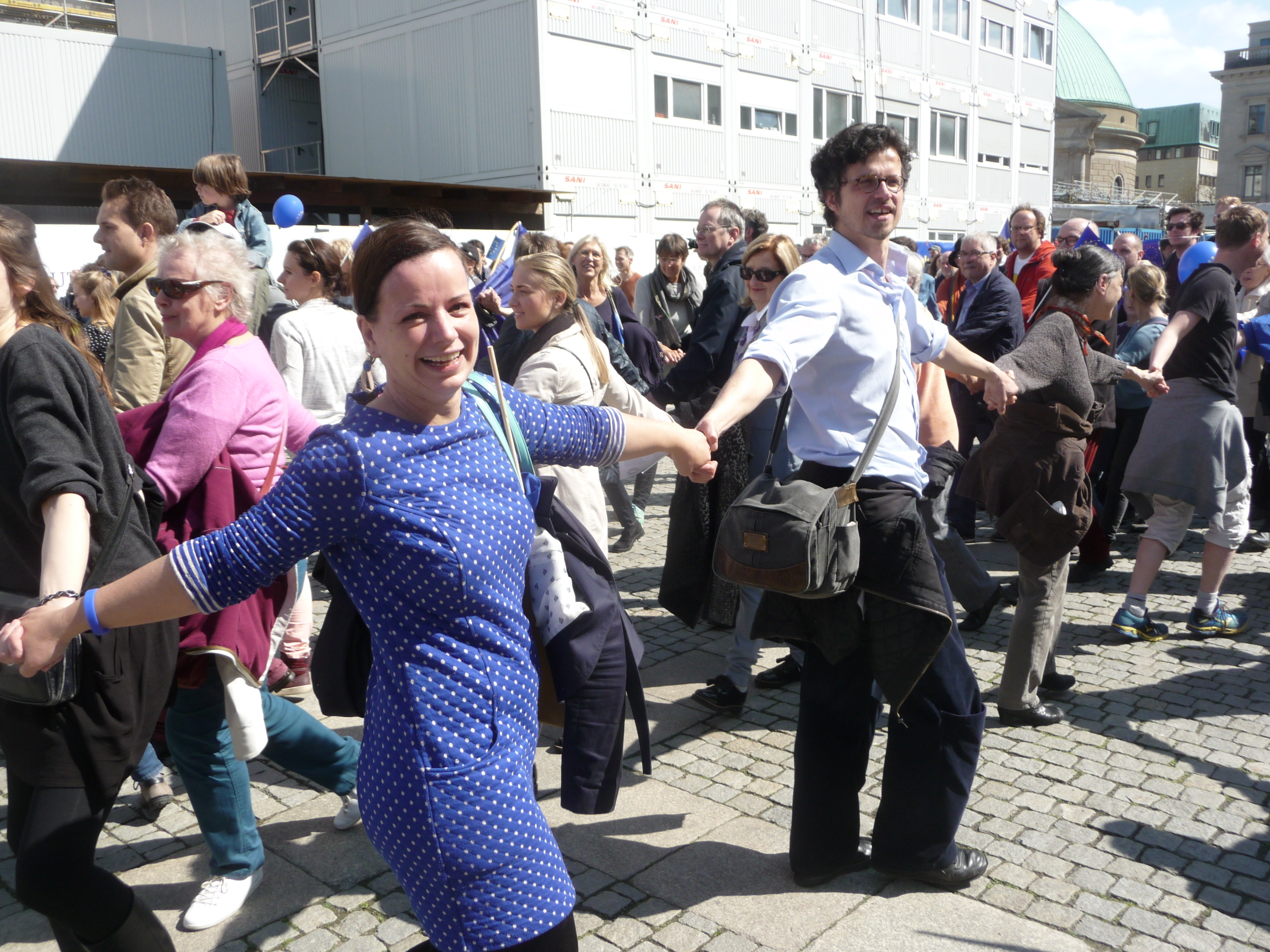 From Macron’s presidency I expect particularly that it will force us Germans to step down from our self-congratulatory model-european pedestal. Now, when it comes to treaty change, we can no longer regretfully shrug our shoulders and say: oh, we’d be open for all sort of things in principle, but unfortunately those French, you know…  Now we will no longer get away with telling ourselves that a trade surplus is an unequivocally good thing for everyone and a model of virtue for the less proficient Europeans to look up to, but we will have to prove that this sort of economic imbalance is good not just for us but for the European common good, which will be tough sell for our government for all our pride of our export world championship. I expect from Macron to make proposals for a social union, for a European system of solidarity that makes national social systems less crisis-prone, for a substantial EU budget so that Europe can really make sure everyone is doing better so that no-one will listen to Marine Le Pen anymore beyond her 15 to 20 percent die-hard racist core clientele. Our Federal government might be tempted to oppose these proposals or pick them to pieces? True. But only if we let it. Then will be the time to prove what our being good Europeans and our starry-eyed flag-waving and Ode-to-Joy-singing are actually worth.

Populism and constitutionalism match badly, one should think: To install yourself as the true and only representative of the people is implicitly opposed to the idea that popular representation is organized and legitimized by constitutional law. But it is not that simple. Populist leaders in Hungary, Poland or Turkey have made intensive use of constitutional law and even of constitutional courts as a means of increasing their power, and at times they have been rather successful at that.

PAUL BLOKKER analyzes this phenomenon in an highly recommended post which concludes our online symposium organized by Michaela Hailbronner on „Courts and Populism“. How can constitutional courts avoid being made a tool of destruction of the very thing entrusted to them for protection? JORGE GONZALEZ JACOMÉ exemplifies with the case of Colombia how a constitutional court, by avoiding open conflict with an extremely popular president, manages to rein him in at the end. Latin America provides an abundance of instructive examples of constitutional courts struggling with populist leaders, as related by JUAN GONZALEZ BERTOMEU. In Brazil, according to the contribution of DIEGO WERNECK ARGUELHES, the claim to represent the people as opposed to the corrupt political elites is made by the judiciary in some cases. In Turkey, according to BERTIL ODER, the so far rather weak Constitutional Court could develop into a formidable legal counter-weight against populist autocracy if it succeeds to nurture its own popularity by wisely using the new instrument of constitutional complaint to present itself as a protector of the weak. BILYANA PETKOVA describes how constitutional courts in the US and Europe are dealing with the danger of becoming unpopular.

Courts, however, are not the only institutions that matter in the face of populist threats. With Trump as President, the debate about what the American intelligence intelligence service NSA should be allowed to do has started anew. Now, the NSA has announced on its own and unilaterally to refrain from now on from filtering the Internet communication for references to suspicious third persons („about communication“). What it is all about, and to what extent this is not only good news for US citizens but also for Europeans and other foreigners, is analyzed by THOMAS WISCHMEYER (in German).

RAFAEL HÄCKI and STEFAN SCHLEGEL present „one of the strangest and most dangerous people’s initiatives“ in Switzerland in generations, the „self-determination initiative“ of the SVP (in German).

MICHAEL WAIBEL describes why, under European law, the British might at least partially have to settle the Brexit bill which the EU Commission will hand to them.

SANDY LEVINSON sadly shakes his head at the constitutional decline of the United States in the face of the „Trumpcare“ health reform shoved down the throat of the American people by the House of Representatives without hearing and time for consideration.

HENRI LABAYLE and ROSTANE MEHDI fight fearlessly against the heap of lies presented by the Front National with regard to refugee and security policy (in French).

JEAN-MARIE DENQUIN considers whether the Fifth Republic has reached its constitutional limits in France, and whether a departure into a Sixth might lead to a return to the Fourth (in French).

PIETER CANOOT reports on a judgment by the Strasbourg Court of Human Rights on the subject of trans-person rights whereby it violates the human rights convention to make the legal recognition of gender dependent on a genital operation.

So much for today. A well-tempered Alsace Riesling is waiting in the fridge, my wife has put on Charles Aznavour at full volume, we had a bit of dancing a moment ago, and I wish you all a successful week full of confidence and joy of life.

All best and take care,