New German Intersex Law: Third Gender but not as we want it

Last October, the German Constitutional Court found that an intersex person’s ‘right to positive gender recognition’ had been violated with the availability of only the M and F boxes combined with the obligation to tick one in the population register and many other places. In its decision – praised as ‘revolutionary’ by intersex activists and progressive lawyers – the court ordered the German Parliament to either come up with a third gender option, or abolish gender registration altogether. Last week, the German cabinet adopted a draft amendment to the personal status law, creating a third gender category: ‘divers’ which means ‘various’.

Since third gender categories are being considered, by the courts, the states or by stakeholders, in several European countries including Austria, England & Wales, Scotland, Belgium, The Netherlands, many eyes are on Germany to see how it is taking on this challenge.

So, what precisely has been proposed and what is the response of the intersex and trans community in Germany?

The new law has overwhelmingly been decried as a missed historical opportunity, or even as counterproductive, for a variety of reasons. Those reasons are given in the statements published by intersex and trans organisations, both commissioned as part of the consultation process leading up to the amendment and press statements and media interviews following the draft’s adoption.

The main criticisms are that the third option does not fully recognize gender diversity as it will only be available to those with a medical diagnosis of an intersex condition, and also that the government failed to genuinely consider the alternative option presented by the Constitutional Court (CC) – that of scrapping sex/gender registration altogether. The latter is the option preferred by most intersex and trans organisations in Germany.

Even though it is a welcome development that intersex children and adults will soon be able to change their sex marker relatively easily, and that ‘divers’ is one of the options available to them, the new law is heavily criticised by OII Germany, TrIQ, BV Trans*, dgti e.V and ATME eV. As a follow-up to my 2017 comment on the CC decision, I summarise some of their key points here. What has offended the organisations most, is the proposal that intersex people can change their marker only on the basis of a medical evidence of their intersex status (Article 1(3) of the proposal). This denies the fact understood by the CC, namely that gender identity is not solely (or at all) the effect of our genitalia or chromosomes. As such the new law re-pathologises intersex, and brings back an anti-trans biologist view of gender. Science has long ago discovered that you cannot simply read gender off of people’s genitalia, or decide on the basis of the length of someone’s penis. Moreover it forces intersex persons, many of whom have a history of traumatic medical interference with their genitalia, to submit to “expert” examination once again before they are allowed to change their legal gender status. The new law thus does not convert the CC decision fully and appropriately, and as a result gender diversity does not receive the constitutional protection required by the CC’s decision. It moreover makes a distinction between trans and intersex people which violates the German constitution as well as international law principles. Finally, in addition to the estimated 50% of intersex people who do not identify as male or female, there are many other trans, non-binary, genderfluid, agender, etc. persons who do not either but who are excluded from the ‘divers’ gender option. Of course this fact alone could easily lead to another Constitutional Court case, since other non-binary people are also denied their constitutional right to ‘positive gender recognition’. The current bill is therefore not compatible with the Equality Principle.

Despite going through the process of Verbändebeteiligung (consultation of stakeholder NGOs, professional bodies) that normally precedes law making in Germany, the lawmaker in this case ignored the advice, demands and proposals sent in by various bodies. The only change in the text after the consultation is that the third option, rather than ‘weiter’ (other) is now ‘divers’. The interior minister also ignored the work of the Interministeriellen Arbeitsgruppe Trans* und Inter* (Interministerial Working Group trans and inter) tasked with studying the issues, and international actors such as the Council of Europe and the Committee Against Torture which have recently commented on the situation of intersex and trans people in Europe and Germany in particular. Most acutely, the minister has ignored the alternative option presented by the court: the abolition of gender registration. The German Human Rights Institute had, on commission from the Ministry of Family, Seniors, Women and Youth (BMFSFJ), created a draft law that ensured the recognition and protection of gender diversity as well as the amendment where necessary to support this option of other areas of law, which was ignored by the Minister for the Interior which eventually produced the bill.

Intersex and trans commentators are angered by the regressive notion that intersex people cannot themselves determine their gender. My gender is mine to determine, is a frequent slogan. Most European states have already (Malta, Ireland, Belgium, Norway, Denmark, Portugal, Luxemburg) or are now moving towards self-determination for trans and intersex people in line with Yogyakarta principle 3 on legal recognition, agreed over 10 years ago. In 2015 the Council of Europe also confirmed the right to self-determination and a speedy and affordable process for gender status change. The German Trans Law is widely seen as outdated and due an overhaul or replacement. The Deutsche Gesellschaft für Transidentität und Intersexualität e.V. points out quite how regressive the current Trans Law and the current third gender bill are, citing the fact that in 1794 the Allgemeine Landrecht für die Preußischen Staaten already allowed people a free choice of gender.

All intersex commentators condemn the law’s silence on Intersex Genital Mutilation, which is described as intersex people’s main concern above gender identity. In the 2018 coalition agreement the ruling German government parties committed to making it clear in law that genital surgery on children should only be permitted when strictly medically necessary to save a child’s life. However, this is not reflected in the current bill. Some intersex people are concerned that the narrow availability of the third option will encourage parents to choose normalizing surgery or genital mutilation to avoid ‘othering’ their child and making their child’s genital development a public fact.

An end to gender registration

The government offers as only explanation for not adopting the Constitutional Court’s other option of abandoning gender registration, that this would significantly affect citizens’ ability to prove their identity. Logically, however, commonly used (EU ePassport) facial scanning techniques, finger print or iris scanning are of course far more effective ways of determining a person’s identity as these are far more unique and indeed diverse than 2 or 3 genders. Aktion Transsexualität und Menschenrecht (Atme e.V.) did not respond to the government’s consultation, but instead published its refusal statement. Atme (‘breathe’) emphasized never to have fought for a third gender category, since it would rather move from two to one category. “Sticking people in boxes according to their genders, especially when the boxes aren’t determined by the people themselves, but when the process is based on clichés, stereotypes and a logic that values people, instead of treating them as equals, has long been criticised by [Atme]”. Atme considers the creation of a third gender box supportive of the structures of inequality, and considers that rather than creating 3, 4 or umpteen gender boxes, we should get to a situation where everyone can have the gender they want, when they want, or indeed have no gender at all.  “A state, that takes its citizens seriously, will ensure that the subdivision of people into social genders, that often only have the purpose of upholding inequality, is erased. It does not create new gender-borders.” At the end of the day, while the other organisations discussed here, OII Germany, TrIQ, BV Trans*, dgti e.V, are in principle pleased with the recognition of intersex people and the option of a more fitting category, the ultimate aim and core demand of Atme and these four organisations is the abolition of gender registration altogether.

The current bill is a rush job that leaves much out

BV Trans* describes in detail what is lacking in the current bill, for example in family law. A key issue here is the right to privacy of trans and intersex parents. Trans parents’ right to have their trans status remain confidential is already violated in German law as, for example, transmen who give birth are registered under their deadname, as mother of their child. This leads, amongst others to an inability of such trans parents to travel with their children since their legal names differ from the parental names given in the child’s passport. BV Trans urges the German government to change this, rather than compound the problem for intersex parents. German family law is strictly binary gendered, and must be amended so that the question of what to call an intersex parent does not fall to the individual registry official and an appropriate solution is prescribed by statute. Similarly, those parts of existing family law that speak of ‘husband’ and ‘wife’ – as well as the new ‘equal marriage law’ must be amended to allow for divers persons, for example through the use of gender neutral terms like ‘spouse’ (ehepartner). In the TAZ BV Trans* calls the amendment a missed historical opportunity. OII Europe (which represents 18 organisations) and Transgender Europe (TGEU, which represents 115 organisations in 42 countries) have in the past days also issued a far-ranging and detailed critique that covers much of what German organisations have also noted.

In the 1970s Queercore punks said, ‘identity is for those who have no identity.’ Ultimately gender is far more complex than something that can be contained in 2, 3, or indeed any number of boxes. The bureaucratic processes of identity construction, gendering, and racialising serve to ‘justify’ and ‘explain’ the unequal distribution of resources and life chances in (white cisheteropatriarchical) capitalism. Anno 2018 it’s clear how ‘identities’ are instrumentalised and played out against eachother in the process of biopolitical governance (see Atme eV’s statement on not participating in the St Christopher’s Day Parade 2018 because of the presence of racist groups). It makes sense then that the end of gender registration and state inspection and ‘normalising’ interference with our genitalia are the German Intersex and Trans organisations’ core demands. It is time to recognise the radical transfeminist argument for gender abolition as the only emancipatory option! 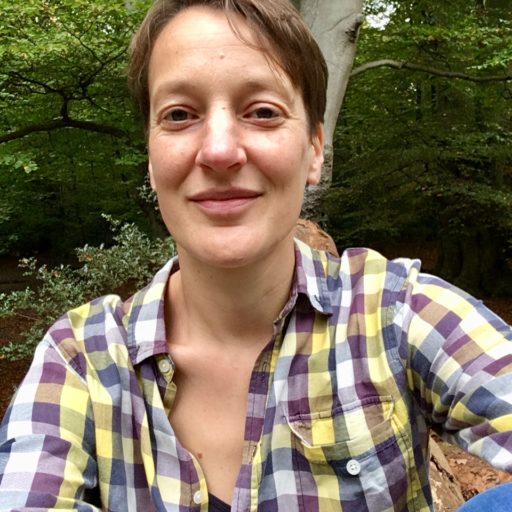