No Court When Needed

The Farmers' Protests and the Supreme Court of India

For months, Indian farmers have been protesting against the so-called “farm bills”. With the government unwilling to give in to demands and with farmers determined to keep on protesting until the laws are repealed, India’s Supreme Court has ventured into the political fray. On 12th January it passed an order staying the laws as well as setting up a mediation committee. The Supreme Court’s response fits neatly into a destructive pattern, particularly in the past years under the Modi government, in which it has abnegated its core functions in favor of politically expedient (in-)actions.

Protest against the farm laws

On Republic Day, 26th January, thousands of farmers rumbled with their tractors into India’s capital New Delhi. They drew the headlines away from the pompous parade celebrating the anniversary of India’s constitution, towards one of the most prolonged political struggles since Prime Minister Modi entered office in 2014. Hundreds of thousands of farmers are protesting against three contentious agricultural laws that were rammed through parliament by the reigning BJP majority in September last year, without consulting key farmer groups. The public backlash has been building for months, particularly in India’s northern farming strongholds Punjab and Haryana.

The three laws in question are the Farmer’s Produce Trade and Commerce (Promotion and Facilitation) Act 2020, the Essential Commodities (Amendment) Act 2020 and the Farmers (Empowerment and Protection) Agreement on Price Assurance and Farm Services Act 2020, often referred to simply as “farm bills”.

The farm laws are meant to liberalize the market for agricultural products as they loosen restriction on sales, pricing and storage. The government argues that this will allow farmers to sell their products more freely and grant them higher earnings. Currently, many farmers, predominantly in India’s North, sell their products in government-controlled mandis (markets) for guaranteed minimum prices. They worry that the laws will abolish the system of assured prices and regulated mandis, destroying their bargaining position and leaving them at the whim of large corporations that can maneuver the large domestic market much better.

Agriculture is a crucial sector in India as it employs around 60% of the country’s total workforce and contributes 18% towards the nation’s GDP. The vast majority of those working in agriculture are small and marginal farmers and wage laborers who directly or indirectly depend on state assured prices. Despite the assurances, farming conditions are extremely precarious, with many unable to cover their expenses and to feed their families. Every year, more than 10.000 farmers commit suicide. Given the grim situation on the ground and the indifference with which the government has treated those most affected by the reforms, unions have been particularly successful in organizing sustained protests against the new laws.

In its order, the court has stayed the implementation of the three laws and set up a four-member expert committee to mediate between government and protesters. But it has done so without any discernible legal justification of its actions.

According to the order, three groups of petitioners were considered by the court. The first group, mostly unions, argued that the farm laws are unconstitutional because they are a state’s prerogative, not to be legislated by the central government. The second were individuals, mostly traders, who had business on the Delhi borders and claimed that the protests were denying them their right to move and trade freely. The third group of petitioners (farmers associations) argued in support of the laws. It is remarkable that the court chose to consider this last group at all, given that it does not challenge but supports the legality of existing laws.

Instead of evaluating the merits of the petitions however, throughout the hearings and in the order itself, the court justifies its actions with political considerations. Here, its characterization of the protesters is particularly noteworthy. While the court lauds the farmers’ commitment to peacefulness, it cannot do so without pointing out that “senior citizens, women and children” at the protest sites are exposed to “serious health hazard” due to the harsh weather conditions and Covid-19. It is not apparent why the court assumes that women in particular should be any less capable to protest than men. Moreover, the court does notice that among the groups that have joined the protesters in solidarity, one has reportedly been a banned secessionist movement. Again, the court does not make clear why it records this observation and how it influences its overall assessment.

These fragments however, come closest to any justification provided by the court. While there is no substantive engagement with the farm laws, nor a genuine recognition of the farmers’ demands, the court has a lot to say about the character of the protesters. It can only be inferred that the paternalistic problematization of the protests’ composition paired with implicit security concerns is meant to infantilize, if not delegitimize it. The court seemingly suggests that it would be safer for all to simply go home and let the court do its job before someone gets hurt.

A central question the order raises is how the Supreme Court can stay three laws passed by parliament without having hearings on their substance and without finding them unconstitutional or illegal. After all, there is a general presumption of constitutionality of legislation, as the court itself notes.

Yet, the court also holds that “this Court cannot be said to be completely powerless to grant stay of any executive action under statutory enactment”. Judges rely here on the questionable differentiation between staying the implementation of a statue and staying the statue itself, pointing to precedent set by Dr. Jaishri Laxmanrao Patil v. The Chief Minister and another (2020). However, as Siddharth Shivakumar has pointed out, this is a flawed argument. In Jaishri Laxmanrao Patil, the court has made a stay conditional on the ex facie unconstitutionality of a law. But it has neither called the farm laws unconstitutional in its current order, nor has it provided any reasons to support such an assessment. Moreover, in previous cases the court has called for judicial restraint in staying laws unless they are “manifestly unjust or glaringly unconstitutional”, again a standard is has failed to apply here.

As a result, the court is muddying the waters of a legal standard that must be met to stay laws passed by parliament. If it has the power to stay the implementation without reference to its constitutionality, then there is effectively no clear standard it must adhere to. In that, it sets a dangerous precedent for future decisions, while abnegating one of its core functions – to determine the constitutionality of a law.

Besides staying the farm laws, the order sets up a four-member committee. It is made up of agricultural experts, appointed by the court, meant to mitigate between the parties. Within two months, the committee should report back to the court with recommendations.

What might sound like a compromise to overcome a political stalemate, has some serious ramifications. If a committee is meant to mediate, it has to be acceptable to the parties involved. However, the court has not spent much time forging such a compromise. Promptly, the committee was rejected by some groups only hours after its announcement. Also, just two days later, Bhupinder Singh Mann, one of the four members appointed by the court, recused himself from the committee after he was severely criticized for his support of the laws. Finally, the past relationship of Chief Justice Bobde to one of the farmers groups represented on the committee has come under scrutiny.

These instances do not give a particularly great start to a supposedly neutral and trustworthy committee meant to mediate in a high-stake political conflict. It is also ironical that the court has set up a committee that is supposed to promote deliberation between parties, but at the same time, it is disempowering the democratic process by staying the laws and paternalizing the protest movement. Worst case, the shunned committee will serve as a precursor for more repression than dialogue.

Protesters are already being framed as violent extremists, the rejection of the ostensibly neutral committee fits well in this narrative. In other words, the court is hardly engaging in judicial heroism but, intentionally or not, has offered the government an opportunity to get the upper hand in a key political confrontation.

In recent years, the court has evaded a number of high-profile decisions, isolated itself from accountability and sometimes carried out the executive’s agenda for it. As a result, it has been called “a helpless spectator”, an “executive court” and even “collaborationist” in the erosion of Indian democracy. Its trustworthiness and legitimacy to act as a guardian of the constitutional state have been deeply compromised.

The Supreme Court’s recent order on the farm bills is just another instance of this judicial self-amputation. Without substantive hearings, the court has set a dangerous precedent for the future, staying the laws but not deciding on their constitutionality. Meanwhile, it has discredited a genuine democratic protest and offered a lukewarm (and potentially harmful) appeasement to farmers.

The court seems to have made a categorical mistake: It has assumed that it can appeal to protesters without seriously engaging with their grievances. In that, it has overestimated its own reputation. Constitutional courts are often thought of as crucial, albeit imperfect protections of liberal democracy, whose power ultimately rests on the public’s trust in them. Yet, the Indian Supreme Court has eroded any notion of itself as a somewhat neutral arbiter of conflict, let alone as an effective counter to the government over the years. From this perspective, the farmers’ skepticism is not surprising. After all, a reputation is earned, not demanded.

During the protests on Republic Day, the Home Ministry was quick to suspend internet services in parts of the city (as it has become the norm in India by now) and a day later, the police alleged that farmer leaders had deliberately escalated the protests. Protection against arbitrary arrest and freedom of speech and assembly are fundamental democratic principles. Here, a thorough constitutional court is needed to hold the government’s action to close scrutiny. And here, India’s highest court has repeatedly turned a blind eye to even the starkest abuses of power in the past. Given the judiciary’s abysmal performance in the years under Modi, the court has done very little do be deserving of the trust it expects from farmers now. 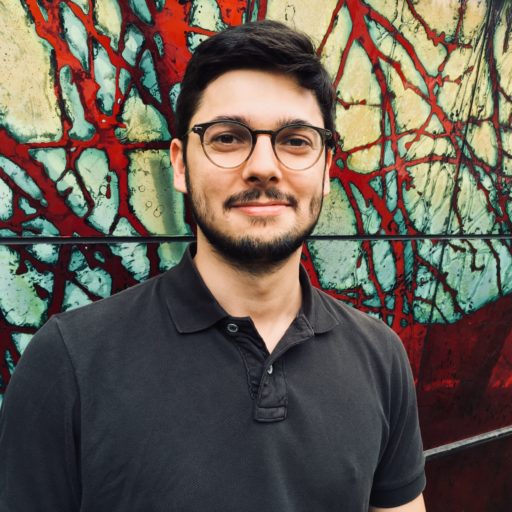 Other posts about this region:
English Articles, Gerichte, Indien No Comments Join the discussion
Go to Top