On Doctrinal Contortions and Legal Fetishes

A Sceptical Response to Christophe Hillion

There seems to be a belief – especially persistent among some EU legal scholars – that even the largest political problems can be solved through the law. It suggests that any balance of authority and legitimacy between the EU and the Member States is, in fact, a mere technicality of institutional configuration, and a mere doctrinal sleight of hand would suffice to tip the scale of authority one way or another.

This belief also seems to be underlying a recent blogpost by Christophe Hillion. In the post, Hillion argued for an interpretation of Art. 50 TEU as implying that a Member State’s defiance of the Treaties, and particularly non-compliance with the ‘core requirements of membership’, should be taken to imply a notification of intent to withdraw from the European Union. Accordingly, he argued that Poland and Hungary are, in fact, in the process of leaving the EU. His argument is intriguing and thought-provoking, but it has prompted me to voice some doubts.

First off: I certainly agree with Hillion that, under their current constitutional arrangements and governments, both Hungary and Poland ought to have no place in the EU. This should be obvious to anyone who has been following the last few years (or even just the last few weeks) of Hungarian and Polish politics.

And while it seems safe to say that Hillion’s proposed interpretation of Article 50 is a bit of a stretch, I am actually not primarily interested in the doctrine. There is nothing wrong with doctrinal contortionism per se if it serves a good purpose. What I find astounding, however, is just how much faith Hillion puts into his interpretative construction. It speaks to an attitude of legal fetishism that prioritises the formal world of legal rules over the material world and, rather than seeing in the latter a reflection of the former, regards the former as the very way to act upon the latter.

There are of course, ways in which this attitude has been warranted in the past with respect to EU law. Clearly, we should not discredit the transformative potential of EU law prematurely. There is merit, and arguably benefit, in audaciously interpreting EU law in order to push the Union forward. The EU has always been a community of law, based on and developed through law.  From Van Gend en Loos to the Portuguese Judges case, EU law seems to thrive on doctrinal entrepreneurship.

‘Solving the rule of law crisis’ through doctrinal contortions?

Understandable is thus the hope that the solution to the rule of law crisis will be found within the Treaties, and that all it takes is for EU law to make yet another bold doctrinal contortion. But this is where interpretative audacities too easily turn into ‘legal fetishism’ – an attitude that seeks the solution to even deeply political problems in existing law.

An earlier example of this attitude can arguably be found in the Reverse Solange solution proposed by Armin von Bogdandy et al. Von Bogdandy’s proposal to extend the scope of the Charter in case of ‘systemic deficiencies’ in fundamental rights protection was skillful and thought-provoking. But in purporting to remedy the structural backsliding in the protection of fundamental rights through a mere interpretative sleight of hand, it also bore the hallmarks of legal fetishism.

Something similar can be said about the proposal made by Hillion. His proposal might be relying on the European Council rather than the Court of Justice, but even more so than Reverse Solange, Hillion proposes to ‘solve’ the rule of law crisis through little more than a doctrinal conjuring trick. After all, if only Poland and Hungary realized that what they were in fact doing was leaving the EU, they would surely realise they had to reverse course – or, in a suboptimal second scenario, they would leave the EU, free to continue on their authoritarian trajectory, however leaving the EU legal order intact. It’s as simple as that!

Or is it? We ought to critically think about the limits of what we can achieve through EU law alone. Are we actually solving a problem, or are we giving in to legalistic complacency? Are we content with not scraping past the legal topsoil of a crisis that has, primarily, social and economic roots? The democratic backsliding in Central and Eastern Europe rests on material foundations that cannot be conjured away with a type of ersatz constitutionalism. The rule of law crisis in Poland and Hungary is not going to end through doctrinal magic tricks. The most effective way the EU can contribute to solving the crisis is through concrete action – action that, more than anything, requires political will. The avenues for such action – Article 7, introducing conditionality into the budget – are readily available and need not be conjured through creative interpretation.

It is also worth considering how smuggling an ejector seat into the Treaties effectively tips the scale of authority in favour of the EU. At stake here is not just the democratic crisis in Poland and Hungary, but potentially also upending years of more sincere judicial dialogue between European and (independent) national judiciaries in favour of a ‘take it or leave it’ approach to European integration.

At this point, it is worth asking: Even if it was doctrinally plausible, is it materially credible? Would the EU actually have the political capital to complete such a shift of authority in its favour? Is the EU’s authority self-standing enough that it can unilaterally determine the terms on which a Member State’s actions indicate that it intends to stay an EU Member? If there is not even the will among Member States to go through with procedures under Art. 7 TEU against Poland and Hungary, let alone pursue rule of law conditionality in the budget, how can there be the will to effectively eject those states from the Union? Focusing on the ways in which the Treaties can be creatively reinterpreted means to comfortably gloss over these, arguably prior, questions.

Especially in the Community’s early years, bold interpretation of Community law helped push the Member States out of their comfort zone and build the robust and effective European legal order we know today. But especially when dealing with the rule of law crisis it can all too quickly turn into legal fetishism. While doctrinal contortions of the sort proposed by Hillion sound interesting on paper and are certainly intriguing to discuss, I worry that they will achieve little beyond keeping EU lawyers within their comfort zone when thinking about the rule of law crisis. 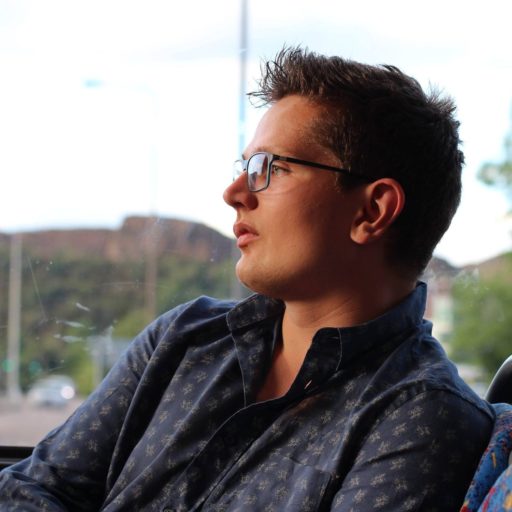 Other posts about this region:
English Articles, Europa, Polen, Ungarn No Comments Join the discussion
Go to Top