Dora Kostakopoulou makes a spirited case for an autonomous status of European Union citizenship – one that is not related to the possession of citizenship of a Member State. However, while I sympathise with some of the concerns lying behind this proposal, I regard it as a misguided way of addressing them that is based in its turn on a misunderstanding of the nature of citizenship and of the EU and its achievements – albeit one shared by a number of the EU’s prime actors as well as certain of its foes.

The core of her argument is the questioning of the link with state citizenship. Her reasoning is that this linkage is redundant given “the bond Union citizens have with the EU is a direct one, that is, they derive rights from the Treaties directly which are not contingent on the Member States’ approval, there is no reason to assume that in the absence of a Member State nationality Eurozenship should automatically vanish”. Moreover, she contends, her case is independent of discussions of the character of the EU as supranational or intergovernmental or the broader debate about the desirability of some kind of federal structure of the EU.

In what follows I shall question all these claims, along with the assumptions on which they rest. In an analogous way to Hobbes’s infamous account of the natural state in which he asks the reader “to look at men as if they had just emerged from the earth like mushrooms and grown up without any obligation to each other”,1) it would appear that Dora proposes an account of the Treaty and the attendant rights it grants individuals as similarly emerging ‘like mushrooms’ and involving no special obligations among states and their peoples. Yet, just as commentators have questioned whether one can really ignore the role of women and families when thinking about how ‘men’ – male or female – ‘emerge’, and the profound consequences for any account of their rights once one factors these vital elements in, so I doubt if one can think of Treaties or the statuses they create without giving some thought to their creators and the relationship between them and the resulting rights.

Once we give up on the mushroom account, then European citizenship can be seen to arise out of what Wightman has acknowledged to be a voluntary association of states.2) The rights deriving from this status are for the most part supplied by the Member States themselves and reflect the new relationship they have chosen to establish with regard to each other. In particular, they involve a norm of non-discrimination on the basis of nationality. However, what makes that norm applicable is that it is reciprocal, and is grounded in mutual recognition and respect for the distinct citizenship regimes of the Member States, including by the individuals concerned. Meanwhile, the EU itself only exists as a creature of the contracting states – its competences are those that have been conferred upon it by them, and the decisions made by EU institutions in the exercise of these powers are for the most part delivered by these same states. Much as Rousseau spoke of the Social Contract as bringing about a ‘remarkable change’ in the individual parties to that agreement,3) so one can regard the Treaties as involving a remarkable and welcome change in the character of the associated states. However, that change is produced by their involvement in a civic union that involves special obligations among them and their citizens. Outside that Union, as the UK is painfully discovering, such obligations no longer pertain.

I suspect Dora’s account is driven in part by Brexit and the imminent removal of European citizenship from British citizens. As a British citizen working in Italy whose German wife works in Britain, I am all too aware of the many personal difficulties and anxieties the fateful decision of my fellow citizens has created, even for those of us who are comparatively very privileged. However, while I believe that the UK and the EU should honour their existing commitments and continue respectively to recognise the rights to residence and to work of EU citizens currently living and working in Britain and of British citizens currently living and working in the EU, I see no argument for British citizens to continue to possess EU citizenship once their state has withdrawn from the EU and has ceased to sustain the rights associated with that status as a Member State. Individual British citizens who desire to retain this status have the possibility – indeed, in my view the obligation if they remain as long-term residents in a EU Member State – to acquire citizenship of the appropriate Member State, and to assume the full obligations of the association of Member States of which they wish to be a part.

Dora talks of the desirability of ”escaping state management and the imposed link with state nationality” and seeks to make domicile or birth “the main criterion for the acquisition of EU citizenship”, rejecting the need for additional naturalisation requirements as appropriate for “a political community based on law and political principles”. Yet, such mushroom reasoning ignores the extent to which law and principles are created and identified and subsequently sustained by the agreements of individuals who cooperate socially and politically to uphold them as a people. They derive from the establishment of a common political authority within which individuals collaborate as citizens and consent to settle their disagreements through participation in shared political practices. Citizenship of a state provides what Hannah Arendt termed the “right to have rights”,4) because outside such a political community it is impossible for any individual to claim rights other than by exerting or threatening force against others. Security and the avoidance of domination of the weak by the strong only come about through the establishment of the very forms of sovereignty that Dora sees as “backwards”, and that allow for the settled forms of democratic decision-making that give rise to the rule of law. The EU does not possess sovereignty because it is not itself a state. But that is not because it has replaced states or gone beyond them – quite the contrary. It is because the EU is the creation and creature of its Member States and operates through their sovereign systems. On this analysis, Dora’s proposal would be more coherent if she was advocating that the EU become a state by acquiring sovereign powers currently held by the Member States, although this would open up her argument to other objections of a different sort. However, that would involve taking a stand on the supranational vs intergovernmental and the emerging federal EU debates, which she wishes to stand aloof from. I doubt that is possible.

State-based accounts of citizenship need not ignore the important issues she raises regarding statelessness and duties towards the citizens of other states. On the contrary, as a matter of normative and logical consistency, what one might call ‘civic’ states have an obligation to acknowledge citizenship of a democratic state capable of securing rights as what Jeremy Waldron has called “the right of rights”,5) to which all individuals should be entitled. Such an acknowledgment lies behind not only state duties to offer hospitality and the prospect of citizenship to asylum seekers fleeing failing or oppressive states, but also their duty to recognise and show equal concern and respect to the citizenship regimes of other states. Indeed, the EU’s legitimacy and much of its success has lain in the way it has helped stabilise the post-war citizenship regimes of formerly authoritarian states, and fostered their mutual recognition and respect, not least – as I noted above – through the establishment of EU citizenship and the norm of non-discrimination on the basis of nationality. Yet, as I have remarked already, the related and most valued rights are, for the most part, not rights that are offered by EU institutions – the notable exception being the right to vote in European Parliament elections – but rights that are upheld by the constituent states. However, I agree that the migration crisis has witnessed a reprehensible failure on the part of Member States to honour their moral obligations to secure ‘the right of rights’ for many desperate individuals. But I see Dora’s proposal as part of the problem rather than the solution.

The popular backlash against the EU that currently exists (not just in the UK but across the EU) derives in large part from growing inequality and the erosion of solidarity within states, and the association of these developments with the single market and the failure to redistribute some of the gains of freeing up markets to those who have come under pressure from, or been unable to take advantage of, the opportunities and benefits they provide. The austerity measures imposed by creditor states on debtor states within the Eurozone have served to exacerbate this dissatisfaction. Such measures have not simply proven economically and politically misguided, but also represent a failure to honour the founding compact of the EU to mutually uphold and foster the citizenship regimes of Member States and their democratic constitutional orders that render them possible. Offering citizenship of the EU, thereby allowing individuals to benefit from the social and legal systems of Member States without taking on the responsibilities of national citizenship, can only serve to further erode civicity and solidarity among the citizens of Europe – be it within their respective states, between the Member States, or towards non-Europeans.6) 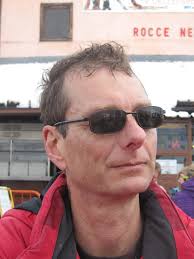