On the Brink of a New Refugee Crisis

Temporary protection as a paradigm shift?

Democracy vs autocracy. Freedom vs censorship. National self-determination vs imperialist annexation. Peace vs war. These sharp dichotomies are the lenses through which we, Europeans, look at the Ukrainian conflict and rediscover ourselves united in the Western values, embodied in the heroic resistance of our fellow Ukrainians. Unanimously, Member States decided for the first time to use the EU budget to purchase and deliver weapons to a third country under attack. Unanimously, the same Member States decided to activate the Directive 2001/55/CE on temporary protection: an ad hoc tool to manage mass influx of displaced persons designed more than two decades ago, but never used before, not even in the 2015 “Mediterranean” refugee crisis.

So, why now? The answer advanced here is that the lesson has been learnt: the Council decision on temporary protection adopted on 4 March not only conveys a political message of solidarity with the Ukrainian people; it also reveals the awareness that the 2015 refugee crisis was mainly an administrative crisis and that, this time, a more pragmatic approach is required to prevent the national asylum systems from being overwhelmed. Moreover, a less hostile view of secondary movements seems to emerge, with potentially far-reaching consequences. At the same time, temporary protection is not a silver bullet for what is a complicated and long-lasting challenge.

The Ukrainian conflict might trigger an even worse refugee crisis than that of 2015, for various reasons. Ukraine, unlike Syria, directly borders with four EU Member States: Poland, Slovakia, Hungary and Romania. In 2014, Syria had 19 million inhabitants. Today, out of the 6,6 million Syrian refugees, only 1 million is hosted in the EU. Ukraine, conversely, has 44 million inhabitants: 4 to 7 million of them could be displaced by the war. Compare this scenario with the current situation, in which the EU, overall, is hosting 2,6 million refugees (1,2 in Germany alone).

Ukraine also is a visa-exempt third country, unlike all other countries where refugees come from. While the war in Syria induced Member States to tighten the visa requirements to restrict access to their territory, the war in Ukraine led EU neighboring countries to relax border checks: an option under the Schengen Border Code (Article 9), also recommended by the Commission. Moreover, after years of restrictions to the access to international protection, frontline Visegrad countries provide very weak asylum and reception systems. In Poland, where have already arrived 1,2 million Ukrainians, reception facilities cannot accommodate more than 2,000 people. In Hungary, legislative reforms led to “the virtual impossibility of making an application for international protection” (in the ECJ’s own words).

In this scenario, the two cornerstones of Schengen may be compromised. The relaxation of external border controls undermines the accuracy of identity, security and health checks (only one-third of Ukrainians have an anti-Covid vaccination). And the disproportion between the arrivals and the reception capacity in Member States bordering with Ukraine makes mass secondary movements inevitable.

The forthcoming migratory pressure pushed Member States to react in a surprisingly coordinated and innovative way. At the Extraordinary Justice and Home Affairs Council of 27 February, a “broad support” emerged for the first-ever activation of the Directive 2001/55/EC on temporary protection. On 3 March, the Commission’s proposal (COM(2022) 91 final) was adopted, entering into force the following day as Council Implementing Decision (EU) 2022/382.

The 2001 Directive envisages a 1-year temporary protection regime in the event of a mass influx of displaced persons from third countries, extendable to a maximum of three (Art. 4). The purpose is to strengthen solidarity both externally, vis-à-vis the beneficiaries of the temporary protection, and internally, among the Member States (Art. 1).

As to the external solidarity, a wide range of rights are guaranteed: e.g. residence permit (Art. 8); family reunification (Art. 15); access to employment, housing, social and medical assistance, and education (Art. 12-14), as well as to the asylum procedure (Art. 17-19).

As to the internal solidarity, a fair redistribution of the beneficiaries among Member States is envisaged on the basis of the national reception capacity indicated by governments. Intra-State transfers of the beneficiaries are possible, based on the consent of the person concerned (Art. 26): a significant difference with the Dublin regime, where asylum seekers are (theoretically) “locked” in a given country without any choice of the destination on their part (on such an «unexpected renaissance of ‘free choice’», see D. Thym).

The Council implementing decision identifies three categories of beneficiaries of the protection: (a) Ukrainians residing in Ukraine before 24 February 2022 (date of the Russian military invasion); (b) other third-country nationals who benefited from international protection in Ukraine; (c) family members of the persons under (a) and (b). While the Commission proposal was more inclusive, the final decision embodied a restrictive approach: only those who can prove that they were legally residing in Ukraine are eligible for temporary protection or other forms of «adequate protection» (Art. 2).

The Decision outlines who may obtain the temporary protection, but it does not clarify how and when exactly such a status is granted. When transposing the 2001 Directive into national legislation almost 20 years ago, Member States chose different approaches. Some of them opted for an automatic acquisition of the protection. This may represent another relevant difference in comparison with the Dublin system, where the status is always granted (or denied) following an administrative procedure and an ad hoc decision.

In addition, the Council implementing decision identifies the tools to facilitate such an administrative cooperation mainly in the Migration Preparedness and Crisis Management Network, established in accordance with Recommendation (EU) 2020/1366. The Network, which includes both the Member States and the relevant EU Agencies, will help the Commission monitor the reception capacities and coordinate the information exchange among national administrations (Article 3).

In 2015, the sudden influx of Syrians in Europe induced Germany to suspend the rule of the Dublin III Regulation on “take backs” in order to welcome Syrian refugees, instead of a return to the country of first entry (i.e. Greece). Shortly after, the EU launched an ad hoc mechanism for the relocation of 160,000 asylum seekers from Italy and Greece to other Members States (Council decisions 2015/1523 and 2015/1601). The mechanism proved to be not only legally and politically controversial (the CJEU ruled twice on the issue, in 2017 and 2020), but also administratively too ambitious, being based on binding national quotas and a complex system of transfers (see M. Savino). The planned relocation remained largely on paper, the Greek and Italian asylum systems collapsed, the secondary movements of migrants destabilized the Schengen area, and the Dublin system has been confirmed unsustainable.

In 2022, the activation of the 2001 Directive reveals a different approach, more welcoming towards the Ukrainians, but also more pragmatic, as it unties the protection from the lengthy and burdensome asylum proceedings. Member States seem to have realized that in a situation of crisis rules can be applied on large scale only if they are simple and prevent litigation.

The same logic emerges from the ad hoc statement on the non-application of Article 11 of the 2001 Directive, which would impose on the Member State granting temporary protection to a person a “take back” obligation in case of his/her unauthorized movement to another Member State. This is a “gentlemen agreement” (in the words of S. Peers), whose purpose is twofold: showing solidarity towards the Member States bordering with Ukraine, but also avoiding the administrative complexity of those “take back” procedures. This is another important difference with the Dublin regime, and possibly a lesson learnt from the muddled implementation of its “Dublin transfer” procedures.

Admittedly, this would not imply the recognition of a right to free movement to the persons enjoying temporary protection, who, according to the Council Implementing Decision, «should be able to avail of the rights derived from temporary protection only in the Member State that issued the residence permit» (recital 16). At the same time, though, the Decision appears not to promote a restrictive approach, as it acknowledges (under the same recital) that in the event of an unauthorized movement, there is always «the possibility for a Member State to decide to issue, at any time, a residence permit to persons enjoying temporary protection».

The existing Dublin regime is largely shaped by the dogma of preventing secondary movements, which, in turn, imposes the dysfunctional first-country-of-entry criterion to allocate the responsibility for managing asylum applications. Despite the evident failures in terms of implementation, the same approach is reiterated – and, in some respects, even reinforced – in the New Pact on Migration and Asylum (see F. Maiani and D. Thym). It also inspires the proposal for a regulation addressing “situations of crisis and force majeure in the field of migration and asylum”, which should replace Directive 2001/55/EC.

The activation of temporary protection, without the first-country-of-entry rule and the “take back” procedures, reveals the hidden bias on which the secondary-movement-prevention dogma rests: the assumption (or, rather, the absolute presumption) that unauthorized movements between Member States constitute a security threat. In the new temporary regime, mobility, although not authorized, may facilitate a spontaneous redistribution of migrants and the valorization of private reception resources, generously offered by the Ukrainian diasporas in several EU countries. This is why, despite the expected influx of millions of displaced persons, the Council Implementing Decision placidly states that «reception capacities, over and above the absorption capacity of the Ukrainian diaspora residing in the Union, exceed 310,000 places» (recital 20).

Surprisingly, then, secondary movements are no longer seen as a danger. On the contrary, they are seen as an instrument to prevent public reception systems from being overwhelmed and promote a logic of “horizontal” subsidiarity. If Ukrainians move to reunite with family and friends, this relieves pressure on national reception systems, as the “public hand” may take over the reception functions only to the extent that the “private hand” can no longer provide them.

Nonetheless, the administrative simplification and the new “vision” of secondary movements will not solve all the problems. Although the Council insists on the support of Frontex, Europol and the new EU Asylum Agency, it remains hard for the frontline Member States to organize the first reception of millions of Ukrainians and the issuance (and renewal) of residence permits in their favour. Even harder is the promotion of a fair redistribution. It is true that facilitating the mobility of incoming displaced persons, coupled with the existence of strong Ukrainian diaspora communities, will hopefully help to spontaneously meet a relevant portion of the reception needs. But, for the rest, it will be necessary (and difficult) to identify operational solutions to “align” national reception quotas and the individual wishes of the persons to be transferred. The 2001 directive is based on Member States’ voluntary contributions and its scant provisions on this delicate point will require intense political negotiation and inter-administrative collaboration.

Failure would take us back to the idea that secondary movements are inherently dangerous, and this, multiplied by the number of displaced persons in orbit in the Schengen area, would fuel and even deepen the crisis of the Schengen area. Success, by contrast, would open up a new prospect for responsibility and solidarity at EU level: a prospect that, in the New Pact, is struggling to find its way. 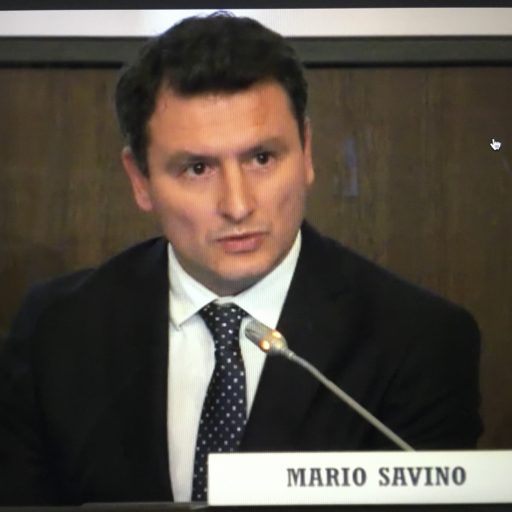 Mario Savino Mario Savino is full professor of Administrative Law at Tuscia University in Viterbo. He coordinates the Academy for Legal Studies on Immigration, an Italian network of migration law scholars. 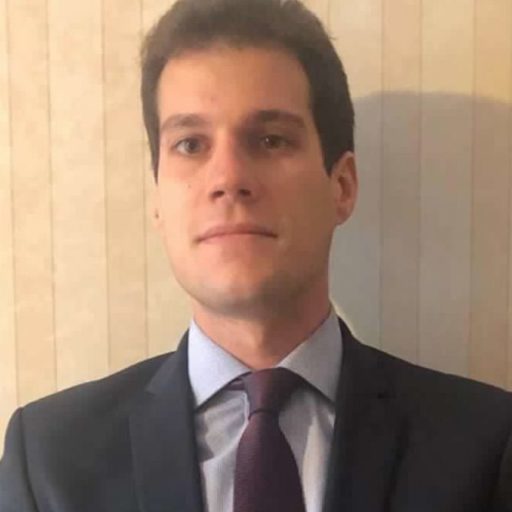