20 Years Of Constitutional Erosion In the Name Of Counter-Terrorism

Zemari Ahmadi knew his city’s security was deteriorating as he drove home through his residential neighborhood. The Taliban was hours away from taking control, and Western nationals were evacuating Kabul. Ahmadi loved listening to music during his commute, but today he feared capture, so he rode in silence. We can only imagine the relief he felt when his children, nieces, and nephews ran outside to greet him. He was home. He was safe. Then, his car detonated. As one of our last acts in Afghanistan, the United States killed an innocent man and his family for doing nothing more than a day’s work.

Early that morning, the U.S. military noticed a white sedan leaving a wrongly suspected Islamic State safe house and launched an unmanned drone to tail the vehicle. In an apparent case of misidentification, the drone followed Mr. Ahmadi’s White Toyota. The military watched him visit friends, drive colleagues to work, and gather water for his family. But viewed through the lens of a drone, tens of thousands of feet above, these routine errands looked like a threat, looked like a man transporting weapons.

This tragic (supposed) end to the twenty-year war in Afghanistan is emblematic of how America’s global surveillance network undermines its values and threatens national security. The country that championed democracy and international legal institutions embarked on a series of military misadventures that caused catastrophic harm around the world while eroding our own legal frameworks here at home. As America looks forward to the next two decades, the question is whether we can step back towards democracy, civil rights, and the rule of law.

More and more, the agencies that were created and empowered with the promise of “protecting democracy” are becoming a threat to democratic values and the lingering hope for an open society. Left unchecked, we will lose any ability to walk the world unwatched, untracked. We will see city streets shrink into corridors of control, where every deviation from our daily routine with be scrutinized by algorithmic surveillance systems like facial recognition and behavioral analytics. And as we saw in America’s frantic last few days in Afghanistan, just because these tracking tools of omnipresent, it doesn’t mean they’ll be omniscient. Our surveillance state will continue to get it wrong, continue to make mistakes, and when it does, those mistakes will be deadly.

Throughout the post-9/11 period, we’ve seen the courts fail to check the growth of the surveillance state, inviting and sanctioning new abuses. But we do see reason for hope. The expansion of the surveillance state was once considered a fringe concern, but increasingly it takes center stage in American political discourse. We see new local laws that ban some of the most abusive technologies and reassert civilian control. While it’s unclear if America’s political, legal, and constitutional systems will ever fully recover from the post-9/11 moment, it is clear that only mass political movement will be able to edge back us from the precipice of authoritarianism and reassert constitutional checks and the rule of law.

Law In A Time Of Trauma

On September 11, 2001, Al-Qaeda hijacked four commercial airplanes. They deliberately crashed two into the World Trade Center, one into the Pentagon, and a passenger uprising forced one down in pastoral Pennsylvania. Fear overcame the country, but America’s executive branch saw the tragedy as an opportunity. In its rush, Congress approved programs that gutted civil rights, concentrated power, and set off perpetual wars. American tradition tasked courts with checking the political branches, but they shirked responsibility in the name of security.

President Bush implemented a massive spying operation called the President’s Surveillance Program (“PSP”) without any congressional authorization. Intelligence agencies secretly monitored individuals’ communications on nothing more than a hunch and collected metadata from around the world without judicial oversight.

The U.S. Department of Justice (“DOJ”) justified the PSP claims of presidential powers, but under the Article II of the Constitution and the Foreign Intelligence Surveillance Act (“FISA”). The DOJ later softened this argument, turning to the 2001 authorization for the use of military force (“AUMF”). The 2001 AUMF is a vague, single-sentence law allowing the President to use “all necessary and appropriate force” to target groups that executed September 11.

Congress amplified this Constitutional crisis a few weeks later with passage of the USA PATRIOT Act. Previously, law required investigators to demonstrate cause before surveilling a target. Now, the USA PATRIOT Act let law enforcement collect business materials, wiretap phones, and mine metadata without any meaningful suspicion or independent review. Executive abuse went far beyond the egregious invasion of privacyAdministrations acted on the information they collected by imprisoning people based on hunches, depriving prisoners of their right to attorney-client confidentiality, and giving them little chance to appeal their confinement.

While the narrative of post-9/11 surveillance abuses has typically looked outwards, and the U.S. deployment of surveillance powers internationally, many of the worst abuses unfolded closer to home. Even though law enforcement and intelligence agencies weren’t able to completely circumvent legal scrutiny, as they did with foreign surveillance, the scope of surveillance spread even further.

Police infiltrated mosques, businesses, social clubs, and even Islamic schools, all to build an ever-more detailed map of when Muslim New Yorkers went. But the NYPD effort didn’t end at the city’s edge, mapping out Muslim Americans across New York state and even neighboring states. There was never a plan for how to use the data, how to find a productive end to justify all the surveillance, but the goal was clear: track all Muslims. And in the end, after countless lives invaded, after countless millions spent, what did the police have to show for this effort: nothing. Not a single credible tip, not a single credible lead, just a legacy of profiling and abuse.

The demographics unit was the clearest manifestation of the post-9/11 religious profiling, but it was far from the only one. Across America, federal, state, and local police sought to identify any place Muslim Americans congregated. Using undercover officers and informants, millions of Americans were targeted and tracked for simply practicing their faith. Further, local police partnered with the newly formed Department of Immigrations and Customs Enforcement (“ICE”) to target immigrants for their political beliefs, religion, and race.

Despite two decades of litigation, the courts have largely acquiesced to the presidency, eroding two cornerstones of the American legal system: Constitutional Supremacy and Judicial Supremacy. The Constitution may remain the supreme law of the land on paper, but the Executive’s powers are unchecked in practice. In 2004, a lower court found parts of the USA PATRIOT Act unconstitutional. Then, intelligence tribunals wrote the NSA abused its power and failed to follow the rules it imposed on itself. In a landmark 2015 case, an appellate judge ruled the executive branch violated its statutory power by collecting bulk metadata. However, courts did not make significant changes to the programs or reign in executive authority. The judiciary restored some semblance of due process but let the President wage endless wars, ban Muslim Americans from travelling, and eavesdrop without sufficient cause. While courts tinkered around the edges, America’s separation of powers collapsed, allowing surveillance to reach new heights.

Twenty years of mission creep turned American surveillance against the people it promised to protect: The American public. Local governments use facial recognition, social media monitoring, and keyword warrants to track and arrest BIPOC communities. Formerly incarcerated people submit to invasive electronic tracking and pay unaffordable fees to lease their invisible chains. School districts use the same police technology to spy on our children both in and out of school. What data the government doesn’t collect directly, it buys up from private companies.

In New York alone, police monitor thousands of Black and Latinx individuals because of what they wear. NYPD facial recognition cameras dot every building. They watch where we go, who we talk to, and what we protest. What cameras miss, NYPD can fill in with mobile data from transit systems, code inserted into consumer software, and automated license plate readers. Then software like Palantir’s Gotham and Thompson Reuter’s Clear helps police unify data and identify our addresses, social security numbers, and friends. Nothing exists beyond the government’s watch.

New surveillance technologies build on outdated Constitutional frameworks for privacy, giving police largely unchecked power to track our movements outside the home. Yet such surveillance enables police to target religious observance, political activity, and nearly every other form of Constitutionally protected activity. While we often don’t know where these tracking tools are used until years after the fact, we already know that facial recognition, aerial surveillance, license plate readers, and other tools were used to track Black Lives Matter protesters during the historic demonstrations of 2020.

Despite the billions spent and the rights trampled, we don’t have much to show for twenty years of expanded surveillance. In 2009, the Inspector General found that surveillance has “little” value. In a 2015 Department of Justice report, the Federal Bureau of Investigations would not point to any examples of when surveillance led to significant case developments. Likewise, the Privacy and Civil Liberties Oversight Board, charged with balancing surveillance’s benefits and detriments, concluded mass surveillance has “little unique value.” In practice, no surveillance state can stop tragedies from taking place. No matter how much data the government collects, it cannot predict the future.

We are reaching a reckoning in America. Regardless of political leanings, we are demanding more from our government. In response, states are proposing bold laws that protect fundamental freedoms.

The public has demanded new transparency and accountability structures, requiring police to disclose the surveillance tools they use. Community Control Of Police Surveillance (“CCOPS”) bills have been passed by more than two dozen cities, reasserting civilian control. Many measures go beyond mere transparency, empowering civilians to have the last word on which surveillance technology is appropriate.

Federal officials have been much slower to adjust course, much slower to acknowledge the failures of this two-decade-long surveillance fight. Even as we see the surveillance systems fail to keep us safe, even as we see the surveillance state wrongly targets and kills innocent people, federal officials cling to the discredited notion that if we only take enough information, we’ll somehow stay safe. The American people know better than to believe that reasoning now, but it’s to be seen if our elected leaders can follow suit. 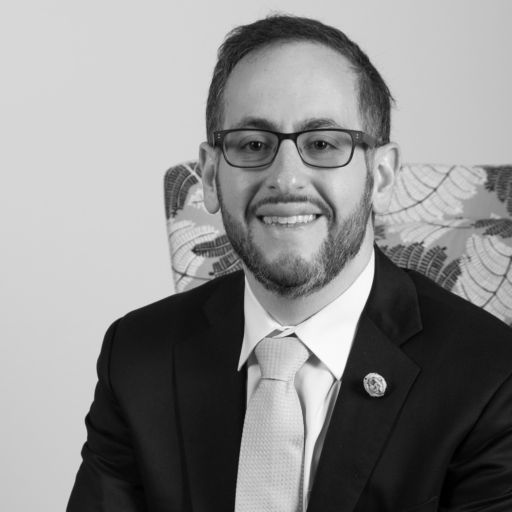 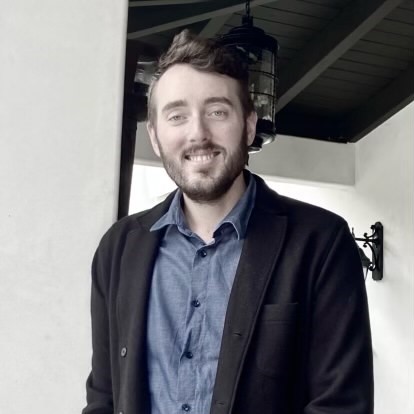 Evan Enzer Enzer (@EvanEnzer) is a D.A.T.A. Law Fellow at S.T.O.P. and a graduate of the University of California, Berkeley, School of Law.