This online symposium seeks to consider what impact, globally, the terrorist attacks of September 11, 2001 had on freedom of expression and media liberty. The underlying hypothesis of the symposium seems to be that the impact has been uniformly negative, with governments invoking national security concerns to justify crackdowns on both dissident speech and media liberty. That some such impacts have occurred, even in democratic countries, cannot be doubted. Furthermore, any number of autocratic or autocratic-leaning countries such as Russia, Turkey, and increasingly India have undoubtedly used often-concocted terrorism concerns to suppress political opposition. In the United States, however, the actual impact of 9/11 and the subsequent “War on Terror” on speech and press freedoms has been complex, and in many ways much less than expected. In fact, free speech rights vis-à-vis the government remain largely robust in the United States; the real conflicts and issues today concern the role of private Internet companies, notably social media, in restricting free speech.

The First Amendment to the Constitution of the United States provides that “Congress shall make no law […] abridging the freedom of speech, or of the press.” Though by its terms the Amendment only restricts the power of Congress, the Supreme Court of the United States has interpreted the provision to restrict the authority of all U.S. governmental entities, at the federal as well as at the state and local levels. Though protections for freedom of speech and the press raise many difficult legal problems, one prominent issue that the Supreme Court has been struggling with for over a century, since the Court first seriously considered the meaning of the First Amendment in 1919, is the extent to which the First Amendment protects speech that promotes or “incites” violence. For the first half century that it considered the issue, a majority of the Supreme Court gave very limited or no protection to speech inciting violence, albeit over dissents from Justices Oliver Wendell Holmes, Jr. and Louis Brandeis, two of the most highly respected Justices in American history. In 1969, however, the Court changed tack and adopted probably the most-speech protective standard in the world regarding incitement. In the case Brandenburg v. Ohio (which involved the prosecution of a leader of the Ku Klux Klan or KKK, a white-supremacist terrorist organization), the Court said that speech could be prosecuted as incitement only if it “is directed to inciting or producing imminent lawless action and is likely to incite or produce such action.” And the Supreme court subsequently clarified that prosecution under this standard is permissible only when violence is likely to, or does, occur immediately after the speech being prosecuted.

The Brandenburg decision is now 53 years old, but remains the binding standard determining when the government may punish speech that promotes violence in the United States. Truth be told, however, for the first 30 years of its existence, the standard produced little controversy. But then two things happened that reopened the debate. The first was, of course, the terrorist attack of September 11, 2001. The second was the emergence of the Internet, and especially social media, as the primary modern vehicle for expression and the dissemination of propaganda, including terrorist recruitment. The 9/11 attacks reintroduced serious fears of widespread, politically motivated violence in the United States, a concern that had been dormant since the 1970s. The Internet made it vastly easier for terrorist organizations, whether foreign or domestic, to secretly recruit individuals willing to engage in acts of terrorism without detection by law enforcement. As a consequence, when the American judicial system began to consider First Amendment challenges to terrorism laws and prosecutions, it was operating in a wholly new and changed environment.

Terrorism and the First Amendment in the Courts

Since 9/11, the United States Supreme Court has only decided one First Amendment case involving terrorism laws (prosecuting the planning or commission of actual violence does not, of course, implicate the First Amendment), and the case did not involve actual terrorists. The Holder v. Humanitarian Law Project case, decided in 2010, was a challenge to a federal statute forbidding the provision of material support to designated foreign terrorist organizations, or FTOs (the State Department maintains a list of designated FTOs). It was brought by a group of lawyers and human rights activists who wished to provide training to support the nonviolent activities of two designated FTOs (the Tamil Tigers and the Kurdish Workers’ Party). The plaintiffs argued that applying the material support statute to their speech (since training is, of course, speech) violated the First Amendment because their proposed trainings could in no way contribute to or support the FTOs’ violent actions. The Supreme Court acknowledged that applying material support law to this kind of activity did in fact burden First Amendment rights, but ultimately a majority of the Court concluded that the government’s interest in restraining all activities of FTOs was sufficiently powerful to justify the burden on First Amendment rights. Crucially, moreover, the Court deferred to the government’s argument that as a factual matter, even nonviolent training can under some circumstances advance terrorism. What was notable about the Humanitarian Law Project decision was not the result (which was surely predictable), but the fact that the Court did not weaken existing First Amendment law in the case. Even its willingness to defer to the government, which it would not normally do in a First Amendment case, had precedent in other cases arising implicating national security concerns.

Unlike the Supreme Court, lower federal courts have had many occasions to consider the application of the First Amendment to terrorist prosecutions, mainly under the same material support statute upheld in Humanitarian Law Project. The best that can be said about these decisions is that they have essentially always found creative, perhaps even unprincipled, ways to reject First Amendment claims in such cases without altering existing law. For example, in 2011 the federal government obtained a terrorism conviction against a young man, a native-born U.S. citizen living in Massachusetts, named Tarek Mehanna. The essence of the government’s case at trial was that Mehanna materially supported Al Qaeda by translating Al Qaeda propaganda into English and then distributing it on the Internet. The difficulty with this theory is that in Humanitarian Law Project the Supreme Court had specifically said that independent speech in support of FTOs was protected by the First Amendment, and that that conviction for materials support required proof of coordination with the FTO. In the Mehanna case, however, the prosecution presented no evidence that Mehanna had ever been in touch with Al Qaeda. Ultimately, an appellate court affirmed Mehanna’s conviction based on a separate trip he had made to Yemen in 2004 (also a dubious ground for factual reasons, but one that avoided the First Amendment issue).

In short, the manner in which the courts have handled terrorism cases implicating the First Amendment is somewhat disheartening. As they did before in the Red Scare prosecutions of Socialists following World War II, and of Communists during the Cold War McCarthy era, courts have not taken the First Amendment seriously in these cases. That is perhaps inevitable in a world in which judges, like their fellow citizens, feel threatened and afraid. But it is nonetheless an important lesson about the limits of constitutional law.

In other ways, however, the courts’ conduct since 9/11 offers some hope. Most notably, despite calls from prominent academics to do so, the Supreme Court has not reconsidered or weakened the Brandenburg standard governing protections for incitement of violence. Thus whether or not the lower courts adhered in practice to Brandenburg in terrorism cases following 9/11, the standard continues to protect speech today. Furthermore, the United States continues to provide strong constitutional protections to so-called “hate speech” (that is to say, speech which denigrates groups based on characteristics such as race, religion, sex, or sexual orientation), unlike most other western democracies. Indeed, the Supreme Court recently unanimously reaffirmed that such speech receives full First Amendment protection. However one feels about protection for hate speech (and reasonable people surely differ on this question), it is noteworthy that the Supreme Court has not opened the door for the use of hate speech laws to target speech favoring terrorism, as has happened elsewhere. The edifice of First Amendment law, in other words, has emerged unscathed from the post-9/11 era, despite failures of implementation.

Lest one celebrate this fact too much, however, it is worth considering why this has happened. It is not because either the courts, the government, or society have become tolerant of terrorist recruitment or propaganda. It is rather that suppression or criminal prosecution of such speech by the government has become unnecessary. The reason is the rise of social media. In the early years after 9/11, the Internet was a chaotic place, and the only entities able to control over speech on the Internet were governments. Then things changed. YouTube was founded in 2005, and was purchased by Google in 2006. Twitter was founded in 2006. And also in 2006, Facebook became available to the general public. All of these services famously enjoyed massive growth in subsequent years, and within ten years they became the dominant platforms for speech on the Internet (add Google’s search feature and that dominance becomes close to absolute). As a result, suddenly new potential speech police had emerged. And best of all (from the point of view of antiterrorism policy), because these platforms are not governmental actors, they are not subject to the strictures of the First Amendment.

And in fact over the years, because of some combination of public pressure and their own preferences, these platforms adopted policies designed to suppress terrorist propaganda and recruitment. Thus, while speech praising or promoting terrorism or terrorist groups is fully protected by the First Amendment (unless it also calls for immediate violence), it is prohibited by Facebook’s Community Standards, Twitter’s rules, and YouTube’s Community Guidelines. So long as these platforms enforce their own policies, then, the government need not become involved, and the First Amendment becomes irrelevant. Admittedly, the platforms have been less than fully effective in their enforcement efforts—but they have struggled in more in countries such as Myanmar and Sri Lanka than in the United States or Europe. In the West, the platforms have been fairly—though of course not perfectly—effective in restricting terrorist propaganda and recruitment.

What is ironic here is that it is the concentration of control over social media and the Internet in a handful of Silicon Valley firms—a development that has been widely decried by politicians of all stripes, around the world—that permits this centralized control and suppression of terrorist propaganda. Meaning that if, as some policymakers are advocating, anticompetition laws are used to break up the major platforms, then the need for government control of speech, and with it the free speech issues surrounding terrorism that courts struggled with in the early years after 9/11, will reemerge. We might call this the law of unintended consequences. 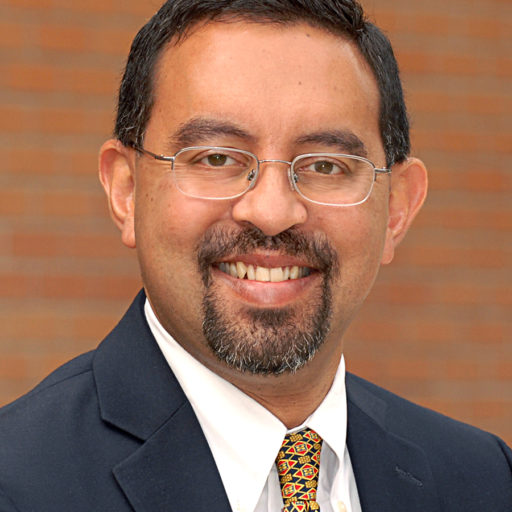 Ash Bhagwat Ash Bhagwat is a Distinguished Professor of Law and holds the Boochever and Bird Endowed Chair for the Study and Teaching of Freedom and Equality at the University of California, Davis School of Law.