The Costs of Mass Surveillance in Slovakia

After the 9/11 attacks in the US and subsequent attacks in Europe, terrorism has become a global phenomenon and a prominent threat for western democracies in the 21st century. Therefore, some sort of governmental reaction was necessary in order to protect citizens and appease the public demand for more security. This reaction was however often disproportional and provided a major challenge for some of the principles of democratic governance, mainly legitimacy, accountability and transparency.

The most problematic aspect of the fight against terrorism, both on the global level but also experienced in Slovakia, has been the unprecedented rise of mass surveillance by law enforcement and intelligence agencies.1) The need for the extension of surveillance capabilities was not unreasonable, but unchecked surveillance poses a large threat to the rights and liberties of citizens.

Solving the dilemma of how much surveillance is needed to maintain security and not crossing the threshold of its excessive interference with rights is not easy. It is an ongoing process also in Slovakia, influenced by many factors – especially the immediate presence of security threats, the constellation of the governing political elite, and citizens’ expectations of the government, which are influenced by the prevailing discourses of securitization.

In this contribution, I argue that in the case of Slovakia, the fight against terrorism, despite not being a prominent threat for the country, has been one of the major drivers of invasive state surveillance. When this happens in the context of weak institutions, it leads to the deterioration of democracy.

At the time of the 9/11 terrorist attacks, Slovakia was outside of the Euro-Atlantic security infrastructure. It entered the NATO in March 2004 and the European Union in May 2004, and becoming a full-time member, it was fully integrated into the existing anti-terrorism infrastructures. Until 2001, terrorism was not perceived as a prominent threat in official documents and the fight against terrorism was not a major issue.

This can be illustrated by the fact that only in December 2001, the Criminal Law was amended and for the first time, the crime of terrorism and definition of a terrorist group was introduced into Slovak legislation. At the time, the most prominent security threat and the focus of both law enforcement and intelligence was organized crime.2)

Nevertheless, already being on the trajectory to enter the EU, Slovakia joined the conclusions of the Extraordinary European Council meeting from 21.9.2001 which defined the fight against terrorism as a priority objective, as well as the newly-founded EU Action Plan on combating terrorism. Similarly, Slovakia joined in the anti-terrorism initiatives presented by the UN (Security Council resolution 1368). On the international level, Slovakia actively joined the so-called anti-terrorist coalition.3)

In effect, as a result of 9/11, terrorism established itself as a security threat in Slovakian legislation and strategic documents, despite not gaining much exposure in the political discourse as a domestic threat. Nevertheless, it was a first step in the formulation of a threat of terrorism, which was later used as a justification for the expansion of surveillance.

Another milestone, which introduced an invasive mass surveillance scheme into the Slovak legal context came after the terrorist attacks in Madrid in 2004 and London in 2005. It was the introduction of mass telecommunication metadata retention. The framework for this surveillance mechanism came in the form of the EU Data Retention Directive (Directive 2006/24/EC) in 2006. Its aim was to harmonize regulations in the retention of traffic and location metadata in the member states, in order to support the fight against serious crime, including the fight against terrorism.

The directive was transposed into Slovak law in 2007, at that time without any serious opposition from political actors or civil society organizations, despite of its detrimental effect on the right to privacy. It is not only the content of communication itself, but also information about the content in the form of metadata that deserves to be protected, since it carries a major information value.

A paradigmatic shift in the view of the extent of mass surveillance and its infringement on individual rights came after the 2013 Snowden revelations. Even if the public discussions in Slovakia were only limited and focused primarily on the NSA and its scandalous surveillance, a group of Slovak MPs from the Freedom and Solidarity party (SaS – Sloboda a Solidarita) embraced a petition prepared two years earlier by a Slovak research center, the European Information Society Institute, and data retention provisions in Slovak legislation were petitioned before the Slovak Constitutional Court.

The decision of the Slovak court came in April 2015, a year after European Court of Justice invalidated the Data Retention Directive. The argumentation of the Slovak court followed that of the ECJ. The paragraphs of the law that included retention practices were invalidated on the grounds that the extent of retained data contained information about ordinary and mass communication of citizens, and it created capabilities for their constant surveillance. Therefore, a new model of access to telecommunications metadata from the law enforcement and intelligence had to be established in a way that was more respecting towards individual rights and liberties.4)

In this case, the impetus for the limitation of problematic surveillance had to come from European institutions. Slovakia rode on the “wave of the defense of privacy”, which came mainly to the Western EU member states after the Snowden revelations. Slovak institutions were only passively affected by the wave via the country’s EU membership. The strength of external factors can also be illustrated by the Slovak Constitutional Court’s wait for the ECJ decision.

Migrant and refugee crisis lead to deterioration of democracy

Another series of terrorist attacks in Europe brought the ending of the period of protection of the right to privacy and a reversal at the policy level concerning mass surveillance. A series of large-scale attacks – the January Charlie Hebdo shooting, the November 2015 attacks in Paris and the March 2016 bombings in Brussels – brought increased calls for security throughout Europe. Coupled with the migration and refugee crisis, they became the most prominent threat for Slovak security as perceived by both political elites and the wider population. The fight against terrorism therefore returned to Slovakia and it took the form of securitization of Islam, migration and refugees.

On the policy level, the country saw passing of the anti-terrorist legislation at the end of 2015, which brought increase of surveillance capabilities of the security apparatus and which was passed in an extraordinary legislative procedure in a very short period time, despite criticism from both opposition parties and the President. This was followed by subsequent attempts to further expand surveillance powers of both police and intelligence agency (e.g. to gain bulk access to telecommunications metadata again), which were fortunately unsuccessful.5)

In practice, fight against terrorism brought the securitization of Muslims, migrants and refugees into both the political discourse and practice of the security apparatus. On the political level, all refugees were presented as economic/illegal migrants by the governing political elite, including the rhetoric of Prime Minister Róbert Fico.6) The practice of the security apparatus followed in the same suite, it became the most prominent threat and the rhetoric often linked terrorists with migrants and Muslims. Even the very small domestic Muslim population was delimited and constructed through category of mistrust which fed into and perpetuated wider opinions about Muslims as a suspect community, and the need for increased surveillance powers in order to combat the constructed threat.7) The lack of proper checks and balances on the activities of security apparatus led to increased surveillance of Muslims. The extent of monitoring is publicly unknown, but this reality can be illustrated by the claim of PM Fico: “We are monitoring every single Muslim, who is within the territory of Slovakia.”

Even though Slovakia remained a stable democracy, the egalitarian aspect of democracy (the ability of all citizens to fully exercise their rights and liberties) presented a challenge8), which was also influenced by the securitization of migration and domestic Muslim population as (potential) terrorists. Additionally, this securitization brought increased fear of terrorism into the wider population, despite an absence of any credible domestic threat, which subsequently resulted in (not always successful) attempts to increase surveillance capabilities of the security apparatus. The only limited ability to increase the surveillance capabilities of the security apparatus was not a result of the strength of the institutions, but of intra-party political conflict within the ruling coalition.9)

Moreover, the investigation of the murders of journalist Ján Kuciak and his fiancée Martina Kušnírová showed that in 2017, members of the police apparatus leaked private information of 27 journalists to several businessmen connected with organized crime. This illustrates that information gained by the Slovakian security apparatus can be misused, putting more doubt on the existing formal safeguards of state surveillance.

The coronavirus pandemic, war in Ukraine and the way forward

Threat of terrorism (temporarily) disappeared with the arrival of the Covid pandemic in early 2020. The focus of the security apparatus shifted towards the security aspects of the development of the pandemic, such as violations of anti-pandemic measures and in the framework of illegal organized crime activities and suspicious trafficking of medical supplies. The resources of the army were utilized for tasks connected to the fight against the pandemic as well, most visibly in the case of mass antigen testing of the population10) and resources of the police were utilized for the monitoring of the compliance with the anti-pandemic measures.

Nevertheless, the fight against pandemic brought introduction of more surveillance, such as electronic quarantine and later electronic Covid pass.11) Despite of the temporary nature of these measures, the relative ease and lack of oversight with which they were implemented created a precedent for their future return. Especially striking was the lack of presence of the Office for Personal Data Protection in the implementation of the new surveillance measures, which is unfortunately in line with their history of not interfering with the government policies, due to its tradition of politicization and institutional weakness.12) The practice of securitization of threat and resulting increase in surveillance, which is not accountable, remained a viable strategy.

Another major turning point in the debates about the security threats and the ways to combat them was the Russian military attack on Ukraine at the end of February 2022. What it will mean for the functioning of the security apparatus, what sort of surveillance powers will be demanded and what securitization tactic will be chosen is yet to be seen. Nevertheless, the recent history demands caution.

The challenge for the future will be resisting the recurring calls for more surveillance in the name of security without proper democratic safeguards. This will especially be a challenge for post-communist societies, including Slovakia, in which the historical experience with communist autocratic surveillance led to the disregard for the right to privacy.13) Therefore, citizens are more willing to trade their privacy for the promise of security.14) The task will not be easy, but to resist further erosion of democracy15), there is a need for stronger institutions, more transparent and accountable security apparatus and to keep state surveillance within the democratic boundaries.

DOWNLOAD PDF
LICENSED UNDER CC BY SA
SUGGESTED CITATION  Kovanič, Martin: The Costs of Mass Surveillance in Slovakia: The Fight Against Terrorism and the Erosion of Democratic Oversight over Surveillance Regimes, VerfBlog, 2022/5/09, https://verfassungsblog.de/os6-slovakia/, DOI: 10.17176/20220510-062124-0. 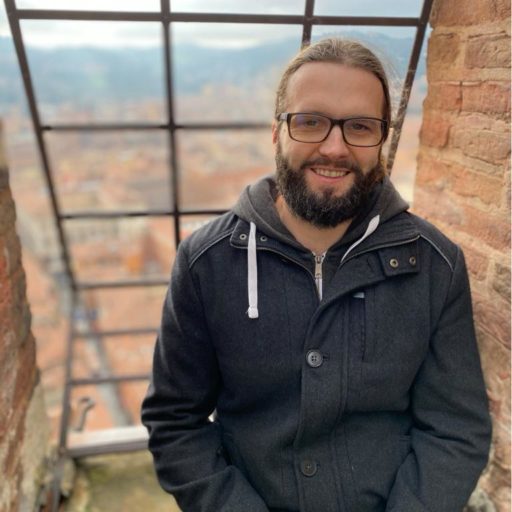 Martin Kovanič Dr. Martin Kovanič is an Assistant Professor at the Department of Social Studies, Mendelu University in Brno. His research focuses on critical security studies, surveillance and democratic governance.

Other posts about this region:
Slowakei No Comments Join the discussion