From the War on Terror to Climate Change

Democracies and The Four Emergencies of the 21st Century (so far)

While not the beginning of the global counter-terrorism response, 9/11 certainly accelerated it. The early years in the aftermath of 9/11 were dominated ‘the harbinger theory’ of terrorism. This assumed that the attacks on the World Trade Centre and Pentagon were but the beginning of a new era of terrorism on a hither before unimaginable scale, with each attack getting progressively worse. Only an extremely aggressive, pro-security response could prevent this, and an extremely aggressive, pro-security response was what the world got. From military invasions and drone strikes to extra-ordinary rendition, torture, and the still-open Guantanamo Bay, the burden of the most extreme counter-terrorist measures fell on those outside the protection of the US Constitution; for whom human rights and the rule of law did not apply to. These extra-legal responses were complemented at home with a legal counter-terrorist apparatus that facilitated interferences with human rights, and developments international law and other states’ domestic law around the world.

To describe this legal and military response to 9/11 as ‘unpalatable’ would be an understatement. What this response demonstrates is that emergencies are conceptualised as requiring states to sacrifice the very constitutional values that give states their identity — human rights, the rule of law, democracy. Yet these sacrifices are ultimately justified (or excused) on the basis that they are temporary. Once the threat is defeated, normalcy can be restored and the powers relinquished. Barely a month had passed since 9/11, however, before then US Vice-President Dick Cheney referred to the ‘new normalcy’ as the Patriot Act was introduced, and a new era of permanent counter-terrorist powers was born. For Cheney, the status quo ex ante was not to be restored; this status quo was the problem. Its restoration had to be resisted; the status quo had to be transformed.

This permanent transformative effect is not unique to the 9/11 emergency response. Economic crises also mirror this aversion to restoration of the status quo ex ante, with the pre-existing financial regulations — or lack thereof — being integral to the global crash triggered by the US sub-prime mortgage crisis in 2008. The risk of such crises occurring again are framed as requiring not just permanent reforms, but permanent reforms that shift economic decision-making away from democratically accountable actors to unelected technocrats.

Yet the 21st Century has also taught us that not every emergency response results in a permanent emergency. In contrast to the permanent counter-terrorist powers enacted in the aftermath of 9/11, the emergency powers introduced in various states across the world in response to COVID-19 seem much more susceptible to lapsing. Indeed, the opposite may have been the case in certain instances as some states ‘rushed to normalcy’, lifting lockdown measures before it was wholly safe to do so due to economic and other political pressures. Meanwhile, of the four emergencies of the 21st Century, climate change has, by far, the most catastrophic potential to destroy lives. And yet the emergency response to this apocalyptic calamity has been strong on rhetoric but weak on action. The legal, political, economic, and societal changes needed to tackle climate change are not temporary and defensive; they are permanent and transformative—indeed, they are arguably revolutionary. But they are permanent and transformative changes that democracies have not yet demonstrated a willingness to implement.

What explains the permanence of some emergency responses, the temporariness of others, and the complete absence of still others?  If there is a common thread that knits together these four emergencies, it is the idea of necessity. This is the notion that the state has no choice but to take the course of action it does, or that it must choose the lesser of two evils by sacrificing fundamental values in order to stave off a more catastrophic outcome. This idea of necessity means that emergencies have a degree of objectivity hard-wired into them.

But some emergencies are more objective than others. The existence of a lethal virus is easier to prove than the existence of a threat from a clandestine, amorphous terrorist group. Likewise, a virus may spread according to predictable mathematical models whereas the activities of a terrorist group are unpredictable, or heavily reliant upon intelligence that may itself be inaccurate. As such, the necessity of the response, like the nature of the threat, may suffer from varying degrees of subjectivity. Other political factors may influence the decision-making process too. A government emasculated in the aftermath of a terrorist attack may feel the need to react or ‘do something’. Or it may be the case that a threat such as terrorism is no longer seen as something that can be defeated but one to be ‘managed’. As such a response to a counter-terrorist emergency may be framed as being permanently required. A further factor contrasting pandemic emergency powers to terrorism is that unlike counter-terrorist powers, lockdown measures could not be applied solely to a ‘suspect community’ and, as such, democratic forces may work to keep pandemic emergency powers temporary. This subjectivity may also fuel the decision to end the emergency response. The decision to lift lockdown measures varied from state to state with some more conservative governments averse to large state expenditure more inclined to lift lockdown measures sooner. This does not mean that such lockdown powers do not pose any permanent risk to constitutional norms, however. The fact that many states introduced these emergency powers without the ‘quarantining effect’ of a formal declaration of a state of emergency meant that existing constitutional norms were recalibrated to permit these powers. While such powers were necessary to confront a virus that has killed over six million people worldwide, this recalibration may potentially provide precedent for similar powers to be introduced in future for a ‘less objective’ emergency.

Subjective forces are also seen clearly in economic emergency responses. A government ideologically pre-disposed to favour a smaller state in economic terms may be keener to enact austerity in response to a financial crisis. It may also claim that the state has no choice but to take these measures, notwithstanding the fact that on economic issues, it is impossible to get to the point whereby everybody agrees with opposing sides of the political spectrum often arguing for responses that are the polar opposite to each other. Meanwhile, the economic impact of the steps needed to halt catastrophic climate change in the future may be too politically unpopular now for politicians accountable to today’s electorate to take, notwithstanding their undisputed necessity as claimed by the scientific community.

This does not mean that emergencies are wholly subjective, however. Instead, a key lesson to take from these four emergencies is that while there should be a degree of objectivity to the existence of an emergency, and who decides this is also of fundamental importance. In this constructivist sense, there is an objective reality but powerful subjective forces affect the degree to which we perceive this reality and, in turn, the degree to which others may shape and frame our perception of this reality.

Focusing on the decision-maker is paramount and invariably, it is the executive tasked with this decision. The executive is best placed amongst the three branches of government to react swiftly and is also best placed to process information that cannot be revealed public. In turn, deference to the executive from the other branches of government to the executive in an emergency may be tempting.  Certainly, this is the case in national security crises, with the aftermath of 9/11 mirroring a pattern seen in previous security crises across the world. It was due to this phenomenon of executive supremacy that Clinton Rossiter famously referred to emergencies as ‘Constitutional Dictatorships’.

These inherent subjective factors affecting the decision to implement an emergency response — and indeed the decision to end it — do not undermine the possibility of scrutiny. In fact, it demonstrates the opposite:  it underlies the importance of effective scrutiny of the executive’s claims. In turn, one must resist the claim by Carl Schmitt that ‘Sovereign is he who decides on the exception’ — that the exceptional powers necessary to distinguish friend from enemy and ensure the requisite stability of the legal order is a power that cannot be regulated through law. Emergencies, in fact, have lots of law.

Deference therefore should not mean complete abdication of the constitutional obligation to hold the executive to account politically as is the constitutional duty of the legislature. Nor does deference mean abdication of the constitutional duty to ensure the executive acts lawfully, as is the responsibility of the judiciary. Claims to executive supremacy need to be justified so far as it is possible to do so. This is arguably even stronger in non national security emergencies such as pandemics where there is no reason to assume that much of the information the executive is using to make its decisions cannot be disclosed for security reasons, or economic crises where there is a strong case to be made that the executive should itself be inherently sceptical of relying on secret, insider information as to the health of the economy.

Finally, it also means that where all three branches fail to act in response to an objectively imminent disaster such as climate change, the ultimate holders of power in a democracy—the people—may have to hold all constituted powers to account. But emergencies of one kind have a nasty habit of triggering emergencies of another. Pandemics can beget economic crises which can beget national security crises. Catastrophic climate change has the potential to beget all three. Climate change will inevitably result in some form of emergency response. It remains to be seen what such powers will entail and, indeed, what world we will be left with afterwards.

Explore posts related to this:
Rule of Law, State of Emergency, states of emergency 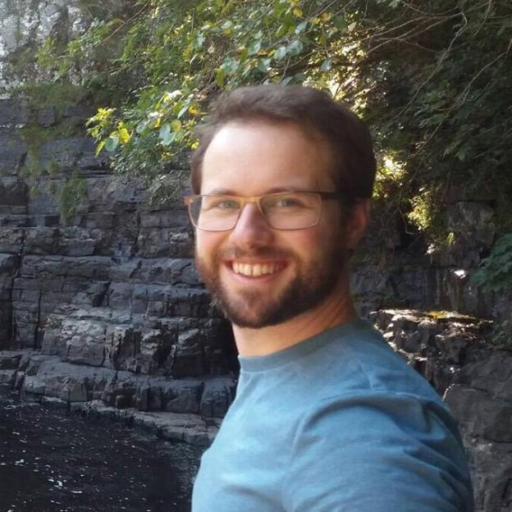 Alan Greene Dr Alan Greene is a Reader in Constitutional Law and Human Rights at Birmingham Law School. He is the author of Permanent States of Emergency and the Rule of Law: Constitutions in an Age of Crisis (Hart Publishing, 2018), and Emergency Powers in a Time of Pandemic (Bristol University Press, 2020).

Explore posts related to this:
Rule of Law, State of Emergency, states of emergency