States of exception as new ordinary paradigms of government

The 9/11 attacks triggered a new practice of and renewed interest in emergency powers. Without doubt, the United States were at the forefront of the enhanced exercise of such powers: not only did the Patriot Act of 2001 soon come to epitomize the frame if not the substance of governments’ response to the terrorist threat, it also immediately redefined the demarcating line between norm and exception. Vice-president Cheney’s words at the time left no ambiguity: “Homeland security is not a temporary measure just to meet one crisis. Many of the steps we have now been forced to take will become permanent in American life […]. I think of it as the new normalcy”. Since then, the US response to terrorism has come to be seen as having led to a new era of ‘permanent global state[s] of emergency’ (Scheppele, p. 354), This has indeed transformed not only the texture of domestic law and policy in numerous countries but indeed, of international law (Vedaschi & Scheppele). In their 2004 study of the features of governments’ responses to situations of crisis, John Ferejohn and Pasquale Pasquino even identified the global increased reliance on emergency powers as a “new model” of government (2004, p. 210, p. 216).

After Terrorism, the Pandemic: the Groundhog Day of States of Emergency

Since the beginning of 2020, the unfolding Covid-19 pandemic has certainly served as a vivid illustration of the force of this new model: regardless of their varying legal status (some constitutional, others legislative), emergency regimes have been declared in over 100 countries from Japan to Morocco, Portugal to Serbia and Malaysia. Nevertheless, two years into the pandemic, the question as to their legitimacy, reliability and desirability remains very acute. As of March 2022, millions are being reconfined in several cities and provinces of China; Canada remains on a path of endless extensions of the state of emergency and for the past two years, France has alternated between periods of a full and an alleviated application of the (brand-new) sanitary state of emergency (SOE) – without ever reverting back to the ordinary legal state of affairs.

In fact, although there are others, France is a very interesting example of the many issues and challenges raised by normalized SOEs. While much of the population, inside and outside the country, is still sighing in relief after the 2022 presidential election, which once again brought the extreme right very close to accessing power, it should be kept in mind that this was actually the second presidential election in a row to formally take place under a state of emergency (SOE). Indeed, France has been governed under a SOE for more than half of the time that has elapsed since the one declared by former President Hollande during the fateful night of the terrorist attacks in the Bataclan and the Stade de France on 13 November 2015. Over the course of six legislative extensions, that anti-terrorist SOE remained in force for just short of two years. And it was only lifted, on 1 November 2017, after another piece of legislation made four of the main extraordinary powers previously exclusive to a SOE permanent features of ordinary administrative law. It is therefore highly relevant that when the Covid-19 pandemic affirmed itself as a global threat less than three years later, the executive branch chose once again to address it by means of a SOE. As the existing legislative framework has become tainted by counterterrorism due to its prolonged application between 2015 and 2017, the choice was made to create an ad hoc brand-new sanitary SOE. Largely modeled on the 1955 SOE Act that served as the legal basis for the 2015-17 anti-terrorist SOE, the 2020 Act creating the sanitary SOE essentially designs a regime of enhanced powers for the executive. Even though most of the ensuing restrictions have now come to an end (these have included: three nationwide stay-at-home orders, an 8-months nationwide curfew, numerous closures of schools, places of worship, stores and malls, museums and theaters, bars and restaurants, as well as a host of other measures such as bans on public gatherings and demonstrations, or the requirement of proof of immunity or vaccination status to access certain venues), the legal framework of the sanitary SOE remains essentially in force – albeit under a slightly mitigated regime. It is the SOE’s Groundhog Day.

SOEs tamed by the rule of law framework: an enemy from within?

It is hardly disputable that such prolonged and repeated experiences of the SOE raise prime constitutional and democratic concerns. This is certainly the case if and when they are used by disingenuous governments to accentuate and affirm their autocratic compulsions and calculations. In Europe, “autocratic opportunism” has been denounced in Orban’s Hungary and Duda’s Poland. But the truth is that the routinization of emergency regimes raises equally tough and stringent questions in established democracies, if only because that is where they appear more strongly as yet another illustration of those “abusive” forces that threaten the ideal of liberal constitutionalism from the inside (Landau, p. 189). In the face of this new globalizing reality, two main lines of inquiry are in order. One is empirical in nature. The vast program of comparative constitutional research that lies before us as the flurry of emergency regimes that emerged in the face of the pandemic is slowly receding but only succeeding thanks to a previous wave of exceptionalist anti-terrorism legislation necessitates a lot of precise and detailed data collection. The impressive quantity and quality of the studies already gathered in previous Verfassungsblog symposia is invaluable – and update and follow up (what is the situation one or two years later?) constitute both a challenge and a meaningful goal.

Another more theoretical direction for drawing lessons from the conjoined legacy of 9/11 and the pandemic in terms of the routinization of SOEs. It may well be that it calls for a revisitation of the available frameworks in constitutional theory for reflecting on governments’ response to situations of crisis. Regardless of its historical and theoretical importance, it seems that the Schmittian model of the state of exception fails to account for some of the core features of contemporary SOEs. Essentially articulated around a concept of “suspension” of the legal order and the figure of a sovereign who, once he has decided on the exception, effectively governs above and beyond the law, this model does not correspond to the intensely – and indeed carefully – juridical nature of most contemporary SOEs. Analyzing the ways in which counter-terrorism measures in the US have effectively culminated in a counter-insurgency paradigm, Bernard Harcourt insists that what is most remarkable about practices such as extra-judicial killings, for instance, rests not in their generalization but rather in the fact that they have come to being legally defined and authorized. The ways in which a host of legal and political actors in France have come to describe the repeated SOEs not as derogations or suspensions of the rule of law but rather as compatible therewith or even necessary thereto, rest on comparable semantic landslides.

This discourse surrounding the SOE conveys the notion that a new, rule-of-law compliant, ‘soft’ form of emergency regime has come to replace the brutal and antidemocratic state of exception of old. Arguably, this discursive shift has been enabled, if not caused by, the rise and indeed global success and imposition of the rule of law paradigm in the 20th century. As it progressively affirmed itself as the preferred legal form of democracy, it has constrained the ways in which liberal democracies address situations of crisis and contributed to thwarting the Schmittian model. As it rests on the notion that (all) state action ought to respect the rule of law, it has tendentially delegitimized rules, institutions and regimes of exception. Not that it has eradicated them (since 9 constitutions out of 10 worldwide include emergency provisions!); rather it has affirmed its ambition to tame and constrain them. Hence a renewed conceptual focus for comparative constitutional law is necessary for states of emergency: the rule of law’s claim to taming the exception must first be assessed against the empirical reality. Only then, in light of the institutional, judicial or other possible failures and shortcomings, can the discursive move be critically deconstructed and analyzed as deceptive.

Explore posts related to this:
France, Rule of Law, State of Emergency, state of sanitary emergency 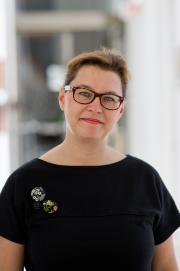 Explore posts related to this:
France, Rule of Law, State of Emergency, state of sanitary emergency

Other posts about this region:
Frankreich No Comments Join the discussion