Playing the chicken game: The conflict over Italy’s draft budget reveals a construction flaw in the EMU

The European Commission (EC) and Italy are on a collision course over Italy’s draft budget plan. In a sudden break from fiscal policies of its predecessors, the new populist-nationalist coalition in Rome submitted a draft budget plan to Brussels that was not accepted by the EC due to „particularly serious non-compliance“ with EU rules. Given Italy’s giant pile of government debt and Rome’s dubious expenditure plans, the EC is probably right.

Italy and the EC are now playing the chicken game. Basic game theory teaches us that the matter will be resolved at a last-minute meeting – just like most other greater problems of the Economic and Monetary Union (EMU) in recent years. Both main actors would lose so much by stubbornly sticking to their positions that they will give in at some point, but they must maintain the appearance that they will not until the very last moment. Whoever blinks first will get a worse compromise, but there will be one. Admitting defeat is still better than risking an unprecedented crisis.

Italy cannot set rules, but it can circumvent them

This was not the first and will not be the last standoff between Italy and the EC. What is the underlying issue with this traditionally prosperous country?

The answer is relatively simple: Italy is not strong enough to write common rules itself or to bend existing ones quietly, but it is important enough to hold the rest of the Eurozone hostage when the rules become unbearable. When Germany violates European rules and runs major imbalances – be it because of excessive deficits in the 2000s or its unsustainably high trade surpluses – it can rely on its influence and close allies to avoid serious consequences from the EU side. Problems are silently solved or simply not addressed. When Germany faces situations that require European action, it can also make use of this assertiveness to push through reforms that are in its own interest. In tandem with France, Germany probably holds most informal power in the EMU.

In contrast, Italy was merely a reactive player in recent years while the European regulatory framework constantly increased pressure to change its growth model more towards a northern European one. This means switching from the allegedly interventionist, state-centric approach towards a more “ordoliberal” and corporatist model. One might argue that Italy should simply have abided to the rules and it would be better off. But how were they supposed to do so in an ever-changing environment that adjusts to the needs of states with very different problems and without any external support similar to national schemes (e.g. federal unemployment schemes, regional transfers)? Not even Germany and France were able to follow the rules they made. Italy’s response to the Franco-German-style rule-book has been accepting it as long as possible and circumventing it when things turn sour. In contrast to smaller countries, this was possible because a collapse of Italy would badly hurt the whole EU.

A hostile environment for restoring growth

A good example for the situation Italy finds itself in is the EU Single Resolution Mechanism for banks (SRM). A few years before the SRM was introduced, European banks had to be bailed out by governments – using billions of tax payers’ money – in the course of the Global Financial Crisis of 2007 to 2009. An important reason for this was that resolving a major bank was so complicated and had such devastating consequences that they were essentially too-big-to-fail – especially without having appropriate resolution procedures in place. To avoid such bail-outs in the future, a credible insolvency plan for banks had to be developed, preferably Europe-wide due to the great interlinkages between member states and the resulting contagion effects.

The new framework was circumvented – some say disregarded – by Italy shortly after it took effect. For example, the infamous Monte dei Paschi di Siena was recapitalized and saved from bankruptcy. This seriously corrupted the credibility of the new resolution framework and caused outrage in Germany and beyond.

What is forgotten is that the SRM was made for European states that had to bail out their banks during the Global Financial Crisis because they had allowed them to pursue unsustainable business models – Italy was not one of them. Italy’s banking supervision seems to have been far superior to that of its European peers. While Germany and other “ordoliberal” economies recapitalized their banks with hundreds of billions, “interventionist” Italy only gave out a temporary and general guarantee for deposits to avoid panics. Consequently, German banks were in much better shape than Italy’s right after the crisis, not because of better business models but because of half a trillion Euros of state-aid. For them, the SRM might have been the right measure at the right time to show that such interventions will not happen again whereas the new SRM framework caused serious problems for Rome. One cannot simply change incentives retrospectively. Permanent tensions due to the economic crisis prevented banks and investors from restructuring their portfolios. It is likely that this even exacerbated Italy’s economic situation.

When small interventions were needed to help banks after years of anemic growth, they were illegal under the new rulebook that was designed for states that had already restructured their banking system. The Italian banking system (and its whole economy) was not in shape for absorbing the crash of a bank – it could convincingly argue that it had to circumvent the rules to prevent greater turmoil. Rome certainly also failed to reform its banking system when there was time, but the European answer to the Global Financial Crisis created a supportive environment for countries such as Germany, which behaved interventionist in this case, while disrupting Italian efforts to restore growth.

Rules are skewed towards northern countries

This situation is only symptomatic for many others in which Italy was not powerful enough to adjust the common framework to its needs. The bulk of Italy’s debt stems from before joining the Euro system. At the moment it joined, Italy was already violating the Stability and Growth Pact by exceeding the 60% debt/GDP-ratio by far more than 40 percentage points. It was handicapped from the beginning, which probably harmed its growth prospects. Furthermore, the whole setup of the Economic and Monetary Union with its highly independent central bank does not fit into Italy’s prior growth model: it was designed for a Franco-German approach to economics (probably more skewed towards German preferences). But there was little time and help to adjust the Italian model to the new circumstances – a difficult endeavor even with enough time and support.

This is not to defend Italy; this is to partially blame both sides for the current problems. Those who say that it is Rome’s responsibility to follow the rules when they join a club are not wrong. Indeed, Italy should have reduced its government debt while it could, it should have addressed the problems of its banking sector much earlier, and its judicial system is so inefficient that this harms growth without any external pressure – just to mention a few self-inflicted wounds. However, it is also absurd to admit a party to a club whose requirements the said party does not fulfil, and then tightening these requirements even further. Without time and support to adjust, the membership was bound to cause serious trouble.

In recent years, Italy has been cornered. Its past governments tried to muddle through and in parts tried to use their weight to gain some breathing space. This approach might have also contributed to Italy’s weak growth record and it probably also led people to abandon the established, centrist, pro-European parties. The actions of the new government seem like an attempt to break out of that trap – even if they are doing so in an erratic manner.

This behavior seems to be in line with Dani Rodrik’s famous trilemma of the world economy. Rodrik argues that one can only have two out of three things at a time: deep economic integration across states, democratic control, and national sovereignty. In Italy it seems to be the case that we are in a situation where markets and foreign governments have influenced Italian politics to a large extent. This means that both national democratic control and sovereignty have been somehow corrupted. They were partially governed from Brussels, Berlin, and Paris (and Frankfurt). The people of Italy did not vote for populists because they are as nationalist and chauvinist as the Lega or because the M5S appears to be so consistent and trustworthy. They probably simply saw that they had no control over their matters anymore and these actors promised to bring it back. When you are cornered, you fight back if you can; Italy can do that and has done so in the past. The new populist government just moved the occasional relieve operations to a new level.

To find a sustainable solution to avoid such standoffs in the future, we have to decide which of the three irreconcilable goals we could abandon. Certainly, democratic control is not negotiable. Hence, there remains a choice between European integration, including the EMU, and national states being the primary actors of economic policy. With a common fiscal and economic policy, the EU could adjust for differences in growth and prosperity among regions. Germany would have received direct and indirect transfers when it was the sick man of Europe, Italy would receive aid today – similar to how Germany has managed to transform formerly agrarian Bavaria into a prosperous industrial center by using the money generated in the Ruhr Valley. The alternative would be reducing integration and falling back into a world of nation states that can conduct their own economic, fiscal, and monetary policies.

Whatever the people of Europe eventually decide to do, we either have to step forward or backward; the current situation will continue to produce standoffs like the present one. Even if we would give Italy more power in the European arena, other countries like Germany would sooner or later begin to circumvent the rules.

This would not be a desirable path to take. The chicken game assumes that all parties behave rationally. Just one irrational move will lead to a breakdown of the whole house of cards sooner or later. 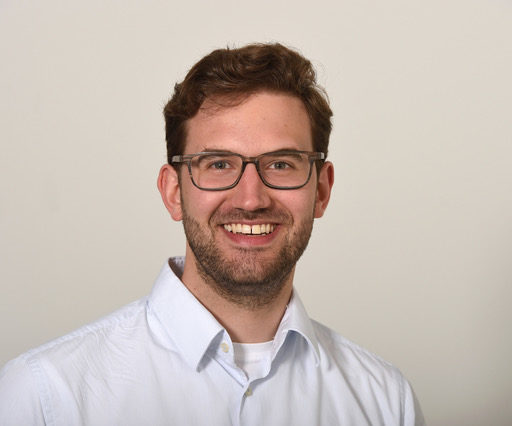 Other posts about this region:
Europa, Italien 1 comment Join the discussion