Ruling of the ACC

The overruled ruling of the ACC was in line with the previous argumentation of other Polish administrative courts as well as Polish administration representatives, but also with previous rulings of the SAC. Their legal stance had so far been that a transcription of a foreign birth certificate that included same-sex parents was in violation of the public policy (ordre public). In the overruled judgment, the ACC reasoned that a foreign birth certificate, in order to be transcribed, needed to be in line with the Polish Family and Guardianship Code, which defines parents as persons of different sex. In addition, the ACC brought up technical arguments, such as an incompatibility of the British birth certificate with its Polish counterpart, which in consequence would result in a woman being listed as “a father” of a child. Finally, the ACC stated that, in accordance with the European Convention on Human Rights (ECHR), contracting states are free to limit civil unions and marriages to different-sex couples only.

Ruling of the SAC

The proceedings before the SAC in October 2018 were joined by the Polish Commissioner for Human Rights and the Helsinki Foundation for Human Rights. Both parties asked the SAC to refer the case to the Court of Justice of the European Union (CJEU) for a preliminary ruling. The preliminary ruling would have been related to a potential limitation of freedom of movement of a minor Polish citizen, who currently lives in the United Kingdom with his two mothers.

The SAC pointed out that there is no need to refer for a preliminary ruling to the CJEU, given that it had already ruled in Coman and Others that same-sex marriages need to be recognized between the EU Member States for the purpose of the freedom of movement. Although the SAC alluded to the fact that under the ECHR Poland does not have an obligation to recognize same-sex civil unions or marriages that were entered into outside of Poland, there is an obligation to register birth certificates of children of same-sex parents that can be derived from Polish law.

Consequently, the SAC overruled the ruling of ACC. The presiding judge of the adjudicating panel in the case before the SAC pointed out that he had changed his legal position since 2014. Back then he was a member of a panel in a similar case before the SAC, which ruled against a transcription. The change was due to new legal provisions related to the Civil Status Act. Up until 1 March 2015, a transcription of a foreign civil status act, such as a birth certificate, was facultative under Polish administration law. The new legislation introduced an obligatory transcription of a foreign civil status act in cases of a Polish citizen applying for a passport, an ID card or a social security number. The SAC pointed out that this mandatory transcription contradicts a stipulation that such a transcription may be contrary to the public policy. Furthermore, the fact that Polish law may be in conflict with foreign law is not a reason to invoke the public policy clause when considering the case.

The refusal to transcribe a foreign birth certificate would, according to the SAC, render a child an “illegal person”. Such status would restrict the child’s access to other rights and freedoms. The best interest of a child and the principle of nondiscrimination were the key elements in the SAC’s line of argumentation.

What does this ruling mean in practice? Bureaucratically speaking, a British birth certificate of a minor will be entered into the Polish register of civil status. Both mothers will be indicated as parents of the child. When a Polish birth certificate is issued, parents will be able to file for a Polish passport, ID card and a social security number on behalf of the child. All these documents will include both mothers as parents.

Generally speaking, however, the October 2018 ruling is revolutionary to the extent that it leads to the recognition of certain legal consequences of birth certificates, which show same-sex couple as parents. Just four months ago, in June 2018, the SAC ruled against the possibility of a similar birth certificate transcription. An argumentation for the refusal hinged upon the cassatory complaint of the parents and their legal representatives, which were deemed vague and imprecise by the SAC. The June 2018 ruling, which upheld a decision of an Administrative Court in Gliwice to refuse the transcription of the British birth certificate, rendered London-born four-year-old boy a de facto stateless person.

The change of the law that took place on 1 March 2015 might not have been the only reason for the SAC’s change of mind. Although the transcription of birth certificates was not obligatory under previous regulations, the issuance of a Polish birth certificate was nonetheless a condition for an issuance of a Polish passport as per the regulations of the Polish Ministry of Internal Affairs and Administration on passports from 2010.

In my opinion, an oral justification of the October 2018 ruling demonstrates a wider acceptance of family life led by same-sex couples by the Polish judges. The 2014 justification indicated that the ECHR contracting states are not under an obligation to register same-sex marriages and civil unions. The presiding judge in the October 2018 case explained that the ruling does not relate to the recognition of a same-sex marriage or a civil union by Poland, but rather to the best interest and rights of a child.

In 2014, the SAC ruled that the refusal to transcribe a birth certificate does not violate the freedom of movement. In 2018, the SAC admitted that the lack of transcription was an obvious violation, to the extent that it rendered a preliminary ruling by the CJEU unnecessary. In 2014, the SAC in its written justification referred to a family made up of a same-sex couple as a “family” in quotation marks. It appears that such a misuse of quotation marks will not be repeated by the SAC in 2018.

The author prepared the Commissioner’s legal position in the case described above.

The text was originally published in Polish at Archiwum Osiatyńskiego. 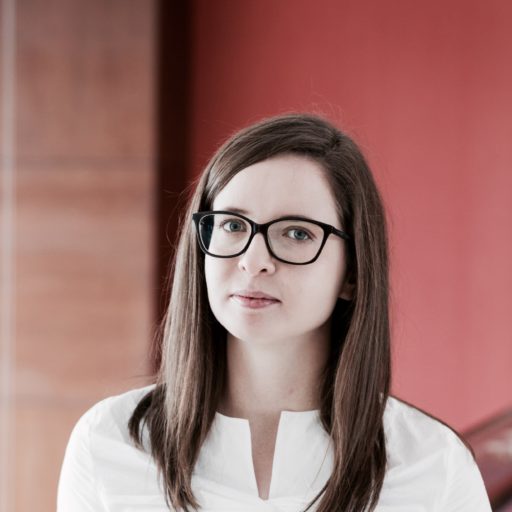 Other posts about this region:
Europa, Polen 1 comment Join the discussion
pixel_not_set
Go to Top