Supremacy, effectiveness, and two standards of equality in EU law

For many years, supremacy has been rationalized by the European Court of Justice and in the literature mainly with arguments relying on the effectiveness of EU law and on its necessity for resolving conflicts between Union law and the laws of the Member States. A similar connection between supremacy and effectiveness has recently been made in Popławski, where supremacy has, in passing, been declared the basis for the duty of the consistent interpretation of national law with regard to Union directives and for state liability.

In light of the most recent supremacy-related decisions by constitutional courts in Poland and Germany (see also an Order by the BVerfG where it was deemed important that an “express guarantee specifying the precedence of application of EU law” is missing from the EU Treaties), these rationalizations seem to have lost their persuasive power. In a press release by the ECJ following the ultra vires-decision by the German Federal Constitutional Court in the PSPP/Weiss case – relying on Adeneler and avoiding the term supremacy or primacy – it was stated that authorities of the Member States including national courts were required to ensure that EU law takes full effect, which would be the only way of ensuring the equality of Member States under the first sentence of Article 4(2) TEU (see also Lenaerts and Fabbrini).

Instead of relying on effectiveness or the equality of Member States, I argue that supremacy should be seen as being mainly grounded in the individual-centred non-discrimination standard anchored in Article 18 TFEU.

The rationale for supremacy in the literature: The weakness of effectiveness

In EU law textbooks, the point has been made, among others, that Union law can have direct effect in national law and can, therefore, conflict with national law in specific situations. 1) However, this only explains why there must be some sort of conflict resolution mechanism, but not why this must necessarily be supremacy. It is also not sufficient to rely generally on the fact that the Member States have ceded sovereignty to the EU.

An argument based on the effectiveness of Union law may be tempting but is not compelling (see also Lindeboom). 2) Effectiveness has emerged from loyalty as a means to ensure that Union law takes full effect in national law (see Klamert). According to the longstanding case law of the Court such as Adeneler, it is the basis for certain effects of Union directives in the time before the expiry of the deadline for transposition and a basis for the principle of state liability, among others. Claiming that EU law must be effective and therefore has precedence over national law which in turn was the reason for state liability and indirect effect seems at odds with years of case law linking effectiveness with Article 4(3) TEU but not with supremacy. More importantly, it confuses cause and effect: Does EU law have precedence in order to be effective or is it effective because of supremacy?

Moreover, rationalizing supremacy with effectiveness also confounds two distinct permutations of effet utile (see Potacs). On the one hand, effet utile can mean to interpret a provison of Union law in order for it to have any effect, ie in order not to be pointless. On the other hand, it can mean that Union law is interpreted in order to have a strong or even the strongest possible effect. Union law would not be ineffectual in the absence of supremacy. As already mentioned, there could be other forms of conflict resolution such as infringement actions that might be less effective but that would not render Union law completely meaningless. Supremacy, in contrast, means awarding the law of the European Union the strongest possible effect vis-à-vis national law. Relying on effectiveness to justify supremacy would therefore require admitting that this is the very special form of effect that is sought for.

Rationalizing supremacy based on equality

There are two different non-discrimination standards in EU law. One concerns the position of individuals vis-à-vis Union law, the other the position of Member States vis-à-vis Union law. Article 18 TFEU and its specifications in the provisions guaranteeing the fundamental freedoms prohibit “any discrimination on grounds of nationality”. Article 21(1) CFR prohibits discriminations based on ‘special’ grounds such as sex or age. While these special grounds could also be (and are) protected within a purely national context, non-discrimination based on nationality is a (logical) consequence of supranationality (see Somek, p. 215).

In Costa/ENEL, the Court argued, among others, that “[t]he executive force of Community law cannot vary from one State to another in deference to subsequent domestic laws, without jeopardizing the attainment of the objectives of the Treaty set out in Article 5(2) [now Article 4(3) TEU on sincere cooperation/loyalty] and giving rise to the discrimination prohibited by Article 7 [now Article 18 TFEU]”. The Court thus found that the denial of supremacy by a Member State would jeopardize the attainment of the objectives of the Treaty and give rise to (‘individual-centred’) discrimination based on nationality. Intriguingly, it is not entirely clear which objectives were referred to. Moreover, Article 18 TFEU (ex Article 7 EC) has never been applied by the Court or understood in the literature as conferring a right on a national/resident against its ‘own’ Member State (of residence) in such situation.

I would argue that the reference to (what is now) Article 18 TFEU by the Court, albeit never repeated, makes perfect sense. While this might not be covered under a conventional reading of Article 18 TFEU, the prohibition of discrimination based on nationality could be understood as also including a comparison between the situation of a person subject to Union law in one Member State with the situation of a person subject to Union law in (an)other Member State(s). Even if we would not apply Article 18 TFEU as such, this provision can at least be seen as expressing the objective or principle that equality must also be upheld in this constellation. ‘Equality before Union law’ would then be a Treaty objective as referred to in Article 4(3) TEU, in relation to which Member States must “refrain from any measure which could jeopardise [its] attainment” (The Polish Constitutional Court, in contrast, seems to locate supremacy in Articles 1 and 4(3) TEU, compare Klamert, p.72). In this sense, the equal treatment in light of Union law between persons subject to the laws of different Member States would be the objective that is jeopardised if Member States apply national law over Union law. The point then is not that Member States would have an unfair advantage vis-à-vis other Member States without supremacy but that it would discriminate individuals in light of Union law. Such discrimination may concern a denial of rights under a Union directive as well as not being subject to an independent judiciary.

Relying on Article 4(2) TEU to rationalize supremacy as the Court has done, in contrast, places too much argumentative burden on this provision, which is neither supported by its wording which imposes an obligation on the Union and not on the Member States nor by the case law. Even when relying on the (debatable) concept that Member States are equals under EU law and ignoring the wording of Article 4(2) TEU, this compounds the principle of supremacy with the principle of solidarity. According to case law (here and here) it is a breach of solidarity and ‘unfair’ vis-à-vis the other Member States if one Member State fails to respect common(ly agreed) rules. Such ‘unfairness’ can perfectly well be addressed with an infringement action but does (also) not necessarily call for supremacy. Article 4(2) TEU is relevant here, but ‘only’ because obliging the Union to treat Member States equally entails treating the persons residing therein equally, complementing the obligation to give precedence to Union law incumbent on the Member States.

In light of recent developments in the European Union, a stronger rationalization of supremacy is needed. Instead of the permutation of equality governing the relations between the Member States one should look at non-discrimination on the basis of nationality as guaranteeing individuals in the EU a right not to be treated unequally before EU law. 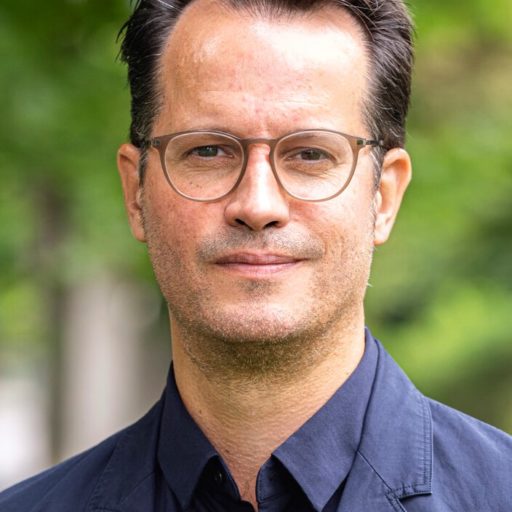 Marcus Klamert Marcus Klamert is Professor for European Law at University of Graz and Legal advisor at the Federal Chancellery of Austria. All views expressed are personal.

Other posts about this region:
English Articles, Europa 2 comments Join the discussion
Go to Top