While we fully agree with the main thrust of the editorial ‘The Exit Door’ on Verfassungsblog last Friday, we would like to warn against its seemingly fatalistic mindset. Yes, a Polexit from the EU is not on the table until the Polish government itself pushes the Article 50 TEU button, but the other EU Member States do not have to idly wait ‘hoping’ for a resolution to the crisis.

The main message in Steinbeis’ editorial is legally and politically on point. Article 50 TEU has not been triggered by the fake Polish Constitutional Tribunal’s decision and the Commission should trigger the Rule of Law Mechanism now. Suggestions of how Poland somehow surreptitiously invoked Article 50 TEU by accident, via a ‘legal Polexit’ cannot convince. Indeed, we do not see how the PiS controlled appointees in the ‘Constitutional Tribunal’ have the authority required under Article 50(1) TEU, which requires a Member State to withdraw from the EU ‘in accordance with its own constitutional requirements’.

Anything the fake Polish Constitutional Tribunal does cannot be in accordance with Poland’s constitutional requirements. Part of the reason for this is the illegitimacy of that Tribunal, and another quality of ‘The Exit Door’ editorial is its clarity of voice on this illegitimacy. Indeed, as Steinbeis writes, the entity formerly known as the Constitutional Tribunal of the Republic of Poland has been illegally captured since 2015. Finally, Steinbeis is right again to point out that mere compliance with the ‘ruling’ of the illegally constituted Court by the PiS government would again not meet the relevant standards of Article 50(1) TEU. And while Daniel Sarmiento is right to claim that in major policy areas the Treaties could eventually ‘cease to apply’ because judicial cooperation between Poland, the Court of Justice and the other Member States would no longer be possible, we would like to point out that the governments of the other Member States need not passively wait for such judicial developments.

More problematic is that Steinbeis’ editorial gives a fatalistic impression on the continued membership of a budding autocracy in the European Union. Such fatalism is unwarranted, both from a political and legal perspective. Yes, ‘There is no procedure in the EU treaties for throwing out a member state against its will’. Consequently, ‘No one is expelled from (…) the EU against their will’. Since the PiS government is in control of the majority of the seats in the Sejm, ‘the decision on the continuation of membership is their responsibility and no one else’s’, and the main thing the EU can do to respond is to use the ‘powerful financial lever’ it controls to try to sanction rule of law backsliding. But that is not the whole story.

Even eternal optimists will see the political risks. The implication of Steinbeis’ view is that continued membership of the European Union remains in the absolute control of a Member State, no matter how autocratic their government may have become, how brazen their disregard of judicial independence, or how total their control over public life. This is a high cost indeed. Could Member States committed to the fundamental values of Article 2 TEU really not disassociate themselves from such a state? We will argue that there is a way forward, since only the formal shell of EU membership is under the absolute control of an individual Member State but its substantive content is not.

A first step which the other Member States could take to dissociate themselves from an autocratic member would be to maximize their reliance on the mechanism of enhanced cooperation pursuant to Articles 20 TEU and 326-334 TFEU. The 21 Member States which the Varieties of Democracy project classifies as (potential) liberal democracies muster a qualified majority in the Council. If they wanted, they could impose their will on the 6 other Member States in most decision-making files. However, this would not exclude those 6 Member States from the benefits of the common EU rules thus adopted. To exclude them, those common rules would have to be adopted through enhanced cooperation. To maximize the effect of relying on enhanced cooperation by default, those Member States that are liberal democracies could even use their qualified majority in the Council to repeal existing common rules, allowing the Commission to submit new proposals which would subsequently only be adopted by Member States committed to the fundamental values of Article 2 TEU.

A second more radical step would be to explore the option of a collective withdrawal by the liberal democracies from the EU. A collective triggering of Article 50 TEU and a collective negotiation of a withdrawal agreement whereby all of the EU’s assets are transferred (through the withdrawing Member States) to an EU 2.0 would leave autocratic Member States in the empty useless shell of the original EU. Rule of law compliant Member States could then pursue their cooperation in an EU 2.0.

While in both cases the autocratic Members would still formally be a member of ‘the EU’, this membership would be of an institutional husk, of reduced (option 1) or even no value (option 2) to them. Crucially, excluding the autocratic member states from European integration in these ways tackles two horns of the dilemma the EU is currently headed towards. The complicity of doing nothing about democratic and rule of law backsliding in a Member State and the fact that continued supranational integration with an autocratic state would tarnish the legitimacy of all EU-level law and policy.

That is not to say that these courses of action are, currently, politically realistic or even desirable. We are not there yet. But clarity over the possibility of member states committed to EU fundamental values legally disassociating from member states that have become frankly autocratic is vital. Such clarity is needed when the autocratic regimes in question would threaten the other Member States of paralysing EU decision-making through their institutional position in the relevant EU institutions.

Stating clearly the options and setting out a credible commitment to using them if need be could make an important strategic difference. Member State governments tempted to dismantle the foundations of democratic government may think again and reverse course. In Poland there may be cause for hoping for such a path reversal, given the overwhelming support of Poles to continued membership of the European Union. Even if such clarity fails to bring a backsliding government back to the fold it would serve to communicate how seriously pro-democratic Member States take fundamental values.

What is clear is that a line must be drawn in the sand whereby Member States committed to democracy and the rule of law say ‘to here and no further’. The alternative is saying ‘anything goes’. Such defeatism politically empowers authoritarian actors, by putting the biggest and most important ball fully in their court.

In our opinion a bolder approach is politically warranted, legally possible and credible. The stakes are simply too high for fatalism about EU membership. 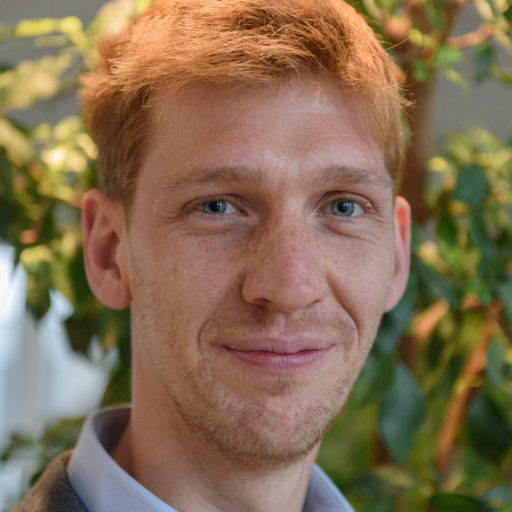 Tom Theuns Tom Theuns is Assistant Professor of Political Theory and European Politics at the Institute of Political Science in Leiden and Associate Researcher at the Centre for European Studies and Comparative Politics at Sciences Po, Paris. He is currently working on a four-year research project 'Protecting Democracy in the EU', funded by the Dutch Research Council (NWO).