The Publication of the Polish Constitutional Court’s Judgment on EU Law Primacy as Notification of Intent to Withdraw under Art. 50 TEU?

On October 12, 2021, the judgement K 3/21 of the Polish Constitutional Tribunal of 7 October 2021 was published in Poland’s official gazette, the Dziennik Ustaw (here). The published judgement effectively put an end to primacy of EU law in Poland stating that the validity of EU law should be reviewed against standards set under the Polish Constitution (here) and that central parts of Union Treaties effectively cease to apply in Poland as an independent source of law.

What now? Is this the moment of Poland’s withdrawal from the EU under Article 50 TEU, termed Polexit? Some contributions to the discussion of the Polish case, notably by Christophe Hillion (here) and Franz Mayer (here) have suggested as much. In the following, I discuss how Poland could be seen on the way to the exit, but, by means of the Article 50 TEU procedure, could also be brought fully back into the family of EU Member States who comply with basic EU values including the rule of law and judicial independence. Such an approach is not as far-fetched as it might seem at first sight to some readers.

The CJEU confirmed in Wightman (here) that the decision to withdraw under Article 50(1) TEU is made according to the national constitutional requirements, depends solely on its sovereign choice, and, “is, by its nature, neither definitive nor irrevocable” (Wightman para. 49). Every Member State may thus devise its own approach to a withdrawal-decision within limits set by EU law. Under these criteria, nothing excludes the Government of a Member State to take a de facto decision to withdraw and then submit this decision to its Constitutional Tribunal (CT) for declaratory judgement. This is what happened in the case of the judgement of October 7th. The Prime Minister of Poland submitted an application to the CT with the objective to end primacy of EU law in Poland, especially regarding provisions concerning judicial independence. In court, all institutions and bodies heard (the President of the Republic, the Sejm, the Minister of Foreign Affairs and the Public-Prosecutor-General), except for the Polish Ombudsman, agreed with the motion and thus supported the Prime Minister’s application. The application by the Prime Minister was then confirmed by declaratory judgement that Poland had ceased to apply the Treaties as independent source of law, a legal situation described in Article 50(3) TEU as the result of the withdrawal procedure. Cloaking a decision by the government to withdraw from the Union by means of an application to the CT should not change its nature.

When a Member State decides to effectively cease to apply the Treaties (Article 50(3) TEU), it shall notify the European Council “of its intention to withdraw” from the Union (Article 50(2) TEU). Whilst the decision-making under Article 50(1) TEU follows national procedure, the notification of intent under Article 50(2) TEU has to comply with EU law provisions. Generally, the mental picture which arises of a withdrawal notification, is one of an unambiguous official letter sent by a competent government official. This was the case in Brexit (here). However, this is not the only form of notification possible.

AG Campos Sánchez-Bordona in Wightman (here) found that a notification presumably should be “in writing, although this is not specified”. International practice is summarised in Articles 65(1) and 67(1) of the 1969 Vienna Convention on the law of Treaties, requiring a written notification that “shall indicate the measure proposed to be taken with respect to the treaty and the reasons therefor”. To these standards, the content of the Polish CT’s judgement is clear. Its sweeping rejection of EU law as an independent source is a measure which results from the withdrawal procedure. This sets it apart from other Member States’ courts occasional reviews of EU law for ultra vires action. The CT’s judgement, published in writing in the country’s official journal, is the public notification of the CT’s declaratory judgement confirming the Polish Prime Minister’s request. Such publication in the official journal aims to render a legal provision, whether law or decision, enforceable. Once published in the official journal, it is assumed that no further specific notification of acts of general content are necessary, the effect of notice under national law is erga omnes, within and beyond the Territory of Poland. All natural and legal persons, including the EU and its institutions such as the European Council, would be considered notified thereof. The fact that a publication in the national Gazette does not necessarily give it the same effect as a matter of public international law as it has under domestic law, does not preclude its effect for purposes of Article 50 TEU. As part of the EU’s autonomous legal order, Article 50 TEU must also be interpreted according to EU constitutional specificities. The EU legal order is marked by a tight interaction between the European and the national legal systems, with Member State institutions applying EU law, and, occasionally, EU bodies applying Member State law. This has given rise to a structure built on mutual recognition and trust, in which binding forms of notification – by the EU official journal in the Member States, and, conversely, by Member States’ official journals by EU institutions – must be respected.  Accordingly, notification of national legal decisions by way of publication in a national official journal with an EU-wide effect is not foreign to EU law. For example, when the Commission initiates infringement proceedings against a Member State in view of national legislation violating EU law, it will rely on the publication of such legislation in the official journal of such Member State to identify the content as well as the entry into force of such measures. The Commission would not be expected to wait for a Member State to send a specific letter identifying the national intention to violate EU law.

Ambiguities in the notification

Although a notification must make clear the ‘intention to withdraw’, this does not exclude that there might be ambiguous elements to a notification which require clarification. For example, although the Prime Minister’s application and the subsequent declaratory judgement by the CT arguably make abundantly clear the intention to no longer remain bound by EU law as it stands, presumably neither the Prime Minister’s application nor the judgement explicitly speaks in terms of withdrawing from the Union.

What to do in such cases of ambiguity where the notification clearly states the end to be reached without explicitly using the word ‘withdrawal’? The CJEU in Wightman recalled that “Article 50 TEU pursues two objectives, namely, first, enshrining the sovereign right of a Member State to withdraw from the European Union and, secondly, establishing a procedure to enable such a withdrawal to take place in an orderly fashion” (Wightman para. 56). The latter requires sincere cooperation between EU institutions and the Member States. Under this, one would expect the President of the European Council, to request clarification. Could the European Council reasonably understand the notification to mean something else than its content states? “EU law is characterised by the fact that it stems from an independent source of law, namely the Treaties, by its primacy over the laws of the Member States, and by the direct effect of a whole series of provisions which are applicable to their nationals and to the Member States themselves” (Wightman para. 45). How else could the European Council understand the decision to no longer respect this than as an expression of the desire to achieve the result described in Article 50(3) TEU as the final stage of withdrawal?

The only way for Poland to clarify that it indeed intends to remain a member of the EU would be to convincingly state how the effect of its notified decision would be remedied. Such a clarification could, for example consist of the preparation of constitutional changes to bring the Polish constitutional order into compliance with requirements of EU Membership or similarly effective measures. If the Member State would insist on continuing its path towards ending the respect for the Treaties as independent source of law and primacy thereof, despite mixed messages in oral and press statements, a reasonable interpretation of its notification would be that the Member State has in fact declared its intention to withdraw. The President of the European Council would have to take formal notice of this.

The notification so interpreted does not have to mean that Poland would definitely have to leave the Union. A Member State cannot be forced to withdraw even after notification. However, to prevent the misuse of a revocation process in negotiations under Article 50(2) TEU, the CJEU has set firm formal and substantive criteria for revocation of the notification: A revocation must be submitted “in writing to the European Council” and “be unequivocal and unconditional” (Wightman para. 74). Explicitly the CJEU has held that the only purpose of a revocation can be “to confirm the EU membership of the Member State concerned under terms that are unchanged as regards its status as a Member State, and that revocation brings the withdrawal procedure to an end” (Wightman para. 74). A Polish insistence on the incompatibility of Polish constitutional law with the principle of primacy of EU law could thus, as in the context of clarification of an ambiguous notification, not be acceptable as a revocation of a notification to withdraw. Further, a revocation will bring “the withdrawal procedure to an end” only if it is “expressed through the democratic process of the Member States” and makes a statement to “clearly reverse its decision to withdraw, and accordingly, to remain a Member of the European Union” under the conditions of EU law (Wightman para. 75). Public statements of the Polish government about the wish to remain, while not accepting Union law, are thus not sufficient as a revocation. Correctly, Giuseppe Martinico and Marta Simoncini observe in a 2020 GLJ article, revocation requires “a genuine acceptance and commitment to the values and the rules of the EU legal order.”

How, then, an observer might ask, does the withdrawal procedure stand in relation to the procedure under Article 7 TEU? Article 50 TEU grants no right of expulsion from the EU. The only provision to sanction “clear risk of a serious breach by a Member State of the values referred to in Article 2” is Article 7 TEU. Poland is among the Member States that face serious criticism for their breaches of rule of law requirements protected both in Article 2 as well as in Article 19(1) TEU. Nonetheless, in the face of an Article 7 procedure, a Member State remains entirely free to exercise the sovereign right to leave the Union. Article 7 is no limitation of Article 50 TEU. Both have different objectives and scopes of applicability. One is activated at the EU level, the other by a Member State. Thus, respecting the unilateral will of a Member State to withdraw, even one against which an Article 7 TEU procedure is ongoing, cannot be understood as a circumvention of Article 7 TEU nor of its effet utile.

To conclude: By publishing the judgement K 3/21 of the Constitutional Tribunal of 7 October 2021 in Poland’s official journal, the Polish government has notified the European Council of the decision of the Republic of Poland to leave the Union. To avoid the serious consequences this entails for its citizens, Poland has two options: either to show convincingly that it has no intention to cease the application of the Treaties by offering solutions to bring the Polish legal system in line with obligations as an EU Member State. Alternatively, it may offer the same convincing solutions by way of revocation of its notification. In both cases, it will not be sufficient for Poland to merely claim that it wishes to remain a member without proof of its real acceptance of the basic values and legal framework specific to the EU. 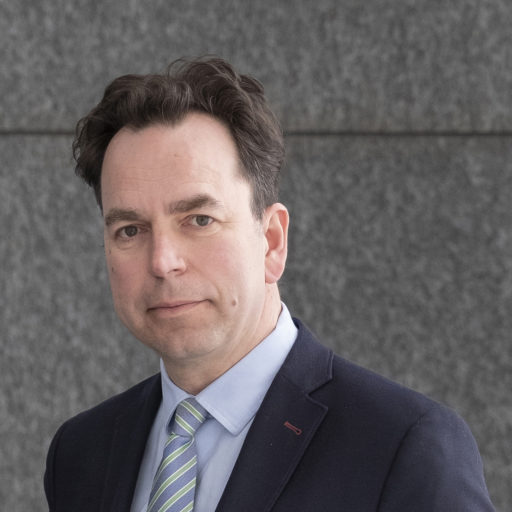