What long appeared to be the special domain of security and defense experts, eyed by many with considerable suspicion, is suddenly the subject of editorial columns and opinion pieces: the discussion of military capabilities, strategic resources, and geopolitical shifts. The war of aggression in the heart of Europe is a flagrant violation of international law—the likes of which seemed unimaginable on the continent since 1945—that is now testing the foundations of international order that we considered so robust. This puts our enlightened-rational discourse spaces under stress.

There are good reasons why the political scientist Herfried Münkler advises „post-heroic“ societies such as Germany to keep their nerve in wartime. In the initial shock of the events, pundits have recommended a return to hard foreign policy realism, announced the end of the „snowflake generation,“ and have even urged peace-loving German citizens to return to Carl Schmitt’s clear friend/foe dichotomy and his perfidious alternative „peace or pacifism?“. In the re-enactment of post-9/11 debates, some saw Robert Kagan’s claim finally refuted, with The Europeans‘ provenance from Mars seemingly confirmed after being so vehemently questioned during the 2003 Iraq War.

The process of drafting Germany’s new „National Security Strategy“, which was already envisioned in the federal government’s coalition agreement, commenced on 18 March under the auspices of the Federal Foreign Office, in cooperation with other federal ministries, parliament and national and international partners. In the words of Foreign Minister Annalena Baerbock, it will require „a clear stance, a strengthened capability to act, and enhanced foreign and security policy instruments.“

Under the shock of the Russian invasion, what the security community has long been calling for in vain is now taking shape: a security strategy through which Germany takes on more responsibility in the field of security and defense policy. The decisions taken by the German government on 27 February 2022, which are widely regarded as a Zeitenwende or „turning point“ in security policy, marked a first step.

The question now is what these decisions mean for Germany’s future positioning in security and defense policy, for alliances, foreign deployments, arms export policy and much more. With voices from academia and practice, government, policy analysis and media, from Germany, Europe and beyond, this Verfassungsblog symposium aims to advance and critically accompany the public debate on the development of a „National Security Strategy“. Which institutional conditions have blocked this debate so far – which ones could become pacemakers for change?

The elaboration of a „National Security Strategy“ in Germany, in the Europe of 2022, cannot and must not be a new edition of Cold War security policy discourses, nor a throwback to the 19th century, nor mere neorealism with borrowings from Schmitt and Grewe, Morgenthau and Mearsheimer. Putin’s war of aggression against Ukraine, a grave violation of international law, is confronting us with layers of historical experience. The historical geology of German security policy also entails a long tradition of pacifism, a well-grounded distance from all things military, a responsibility for the international order and for the upholding and enforcement of international law. All underpinned by a constitutionally grounded democratic tradition of public deliberation and decision-making.

„In light of Russia’s colossal break with our peaceful order, (…) we must ensure that the principles that guide us are translated even more clearly into practical policy.“ Baerbock identifies the „invulnerability of our lives“ as the security concept informing Germany’s new security strategy, which is comprised of three indivisible elements: “the protection from war and violence, from acute and specific threats”, the „freedom of our lives“ in democracy and the „security for the fundamental necessities of our lives“. Baerbock’s conceptual outline thereby also addresses the risk-multiplying effects of climate change, “where hunger, poverty and a lack of prosperity force people into conflict and suffering”, and the concomitant environmental and geopolitical changes, marking a profound geopolitical transformation process far beyond the current crisis situation.

These disruptions, upheavals and reconfigurations can barely be predicted. Peaceful order in Europe is at risk, and liberal democracy must stand its test in systemic conflicts. Thus, spaces are needed for democratic debate on Germany’s responsibility to uphold the principles of a rules-based international order.

The Max Planck Institute for Comparative Public Law and International Law and its Berlin office, cooperating with the Verfassungsblog in organizing this symposium, are places of intense reflection and debate on questions of international order and stability. The phenomena and perceptions of erosion in structures of international order, the growing precariousness of the European peace order, and elements of German and European security policy strategy development, were discussed here in regular practitioner exchanges long before 24 February 2022. Today, the Institute is a place of research in fundamental questions of international law, European law, and comparative public law, whose expertise aims to provide impulses and spaces for reflection on processes of foreign and security policy strategy development and its determining actors. 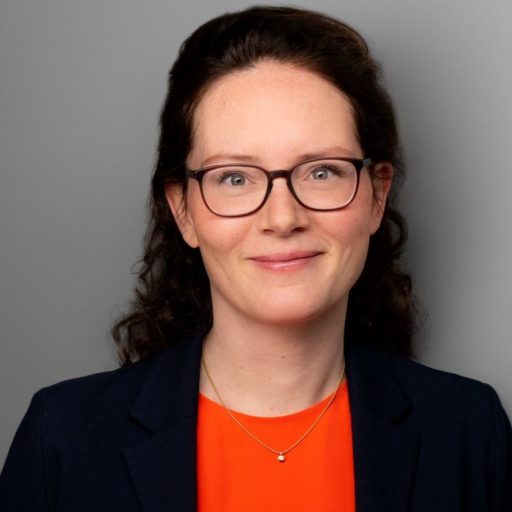