The Social Credit System (SCS), as proposed in China, provokes an interesting philosophical question. Can human behaviour be moulded to create a better, fairer society by awarding ‘credit’ to those who behave in ways seen as positive by some broad-based authority, in this case, the state? Is the SCS a promising idea for developing a well-functioning society under conditions of complexity and diversity, or is it a massive exercise in government control over virtually all aspects of citizens’ lives?

The SCS in China is not an abstract concept. If fully implemented, it would affect over one billion human beings in a context marked by an increasingly authoritarian and surveillance-obsessed government regime, extensive human rights abuses, political persecutions, and tragic 20th-century history of state-sponsored citizen-on-citizen violence. To be clear, the SCS is being proposed by the same government that is currently detaining hundreds of thousands, perhaps a million, of its ethnic minority citizens in ‘re-education camps’ beyond the reach of its legal system.

Against this background, it is not ‘wrong’ to assess SCS ‘merely in relation to the potentially nefarious tendencies of Xi Jinping’s administration’, as Wessel Reijers suggests. On the contrary, it is analytically problematic and perhaps amoral to proceed as if the SCS concept is a purely technocratic initiative that exists at some metaphysical separation from the regime that spawned it.

To be fair, we should be sceptical that any state is more interested in enhancing genuine collective virtue than in the surveillance and control that make its bureaucratic jobs easier. In Seeing Like a State, James C. Scott showed how a state values ‘synoptic legibility’, or the ability to deeply see its citizens, for its own purposes. Synoptic legibility makes it easier to tax people, conscript them, track them, and punish them. Scott describes the ways in which the state – along with other agents of ‘homogenisation, uniformity, grids, and heroic simplification’, including capitalism – tend to flatten out lived reality into forms that are legible for its purposes.1) It is not a surprise that any state might see the promise in new data tools.

At the same time, it is not a coincidence that an authoritarian regime is advancing these particular, panoptic initiatives. The SCS is, at its root and in its purpose, inextricably entwined with a totalising and pervasive state-driven project of surveillance, homogenisation, and fear.

Should a State Try to Allocate Moral Deserts?

For the sake of argument, let us imagine an SCS regime that respected at least the most basic human and equality rights, and accorded citizens something resembling the rule of law. What would this look like?

First, the regime observes fundamental values around anti-discrimination; human autonomy, dignity, and equality; and the ability to participate, through free speech and freedom of association, in public life. Within the expansive SCS mandate, which covers not just formal rights but also the ‘honest mentality’ (that is, presumably, the virtue and morality, and perhaps thoughts and intentions) of individuals, equality and anti-discrimination provisions would have to be understood in correspondingly broad terms. So, even if divorce is considered morally wrong and punishable under SCS, a woman divorcing her abusive-to-the-point-of-homicidal husband would be exempt from punishment. She has done nothing ‘wrong’. Homeless people are not further punished for sleeping under bridges, the old are not punished for failing to contribute their labour, dissidents are not punished for speaking freely, and mental illness does not algorithmically generate a worsening spiral of stigma and punishment. Being a follower of a disfavoured religious tradition, or being gay or transgender, does not, at a minimum, generate punishments that violate human rights. Republican thought, which Reijers alludes to, would go further to impose an ethos of anti-domination that does not simply prevent the state from punishing people for such personal and social characteristics; it would affirmatively acknowledge them as essential to an empowering and emancipatory conception of citizenship.2) But let us go with minimum protections.

Second, the SCS’s doling out of ‘encouragements’ and ‘constraints’ would have to be responsive to some plausible version of the rule of law, meaning that the state is precluded from exercising power arbitrarily. Procedural safeguards and meaningful appeal mechanisms are in place for citizens, and some mechanism for state accountability is operating. For example, laws are administered by courts in which the accused are entitled to procedural fairness and impartial judges give reasons, which can be appealed, based on established methods of justification and by reference to basic human rights and constitutional commitments. This too is necessary if basic human rights are to be protected not only in theory, but also in practice.

President Xi’s China will not meet the requirements above, and this is not a coincidence. It is difficult to imagine President Xi’s SCS not discriminating against minority religious groups, or political dissidents, or financially irresponsible, and we cannot imagine people being accorded meaningful procedural fairness rights. SCS is part and parcel of this regime’s priorities: a state that does not respect individual human rights and does not provide procedural fairness is also the kind of state that would conceive of a panoptic state-based regime for allocating moral deserts across a broad swath of human action, thereby denying individuals scope for autonomy and privacy in their lives. An open state that acknowledges diversity and perhaps even contestation, and respects individuals’ ability to decide for themselves what constitutes a good life, is not the kind of state that dreams up SCS.

The State is Not the Market

Mathias Siems is correct in observing that whether SCS will be a ‘digital republic’ or a ‘digital dictatorship’ will depend on context, and he is correct in observing that rating systems are proliferating in the West as well. These systems also generate real risks, which we should be wary of.3) It is also true that, as Jens van’t Klooster notes, capitalist societies do not do well in ‘giving individuals what they morally deserve’. Defined in that way, the market is clearly not ‘fair’. Yet these comparisons miss a crucial point.

We should not equate state-directed surveillance and rating systems with the decentralised, partial, and often commerce-based rating systems being developed in the West. It is not valid to compare the market – a private, fundamentally decentralised system, which for all its considerable flaws no one yet has managed to corner – with a centralised state apparatus, as mechanisms for allocating ‘moral deserts’. The market is not a mechanism for allocating moral deserts; it is a mechanism for exchange. And the market exists in China too, where it is no more ‘fair’ than it is elsewhere.

The West has some experience with state regimes, often associated with the provision or withholding of social service benefits, which try to some degree to allocate moral deserts. These have often disproportionately infringed on the dignity and privacy of the poor and marginalised,5) which suggests two things: that across societies, state-based moral deserts mechanisms may be likely to treat non-conforming or marginalised individuals and communities as objects of contempt; and that it is a good thing that the people, who hand out social service benefits while asking invasive questions about a person’s personal life, do not have more power and information than they do. But these are small potatoes. Other parts of the world, and China above all, have had more extensive and far more painful experience with virtue testing. The ideological purity tests and corresponding confessions, purges, and mass violence that characterised the Cultural Revolution are hardly two generations behind us.

In our post-Foucaultian, decentralised, financialised world, it may seem old-fashioned to focus on the state as a primary agent of oppression. It is provocative and intellectually interesting to equate Chinese state action with market action under capitalism. But presumably, we can learn something from those mid-20th-century Western communists who favourably compared Soviet communism to liberalism well through Stalin’s regime, ignoring its brutal reality in favour of intellectual engagement with its possibility under Marxist theory.6) Engaging with theory while ignoring context is itself a moral choice. We should not be blind to authoritarianism because it is clothed in the rhetoric of civic virtue and progress. 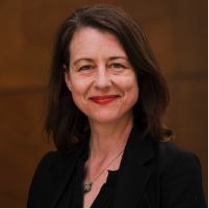 Cristie Ford Dr. Cristie Ford is Professor at the Allard School of Law, University of British Columbia, Vancouver, Canada, where she writes and teaches in the fields of regulatory theory, securities and financial regulation, and administrative law.

Other posts about this region:
China 2 comments Join the discussion
Go to Top