Showdown at the Last Chance Saloon

As a political slogan, and a guideline in times of crisis, ‘whatever it takes’ undoubtedly has enormous appeal, and may in certain circumstances justify novel and untried forms of action. However, in a polity governed by the rule of law, there are limits to this approach which, if not respected, may cause greater problems than those which provoked the action in the first place.

In his Verfassungsblog post of 19 May 2020, ‘The Last Chance Saloon’, Dr John Cotter proposes a device to overcome the current impasse in the application of the Union’s procedure to sanction Hungary’s ‘flagrant disregard’ of the Union’s values, in particular, respect for democracy. He suggests that the European Council and Council could, and should, exclude the representatives of the Hungarian government from their meetings, on the ground that it is not ‘democratically accountable either to [its] national Parliament or to [its] citizens’, as required by Article 10(2) TEU. No sooner was the ink dry (or whatever the online equivalent is) on this post than it was being hailed as ‘brilliant’ by a respected expert on rule of law matters in the course of a (be it said in passing, excellent) webinar, hosted by none other than Verfassungsblog.

Cotter prefaces his post by recalling his reaction to another ‘whatever it takes’ proposal, this time by Professor Christopher Hillion. Drawing on Brexit law, Hillion suggests that Poland and Hungary’s current approach to rule of law matters could be deemed an implicit notification of their intention to withdraw from the Union. In Cotter’s view, however, Hillion’s proposal is ‘doctrinally unsound and … would have a chaotic and counterproductive outcome’. I would respectfully suggest that the same could be said of his own proposal.

It is difficult to see what political advantage would realistically be gained by ostracising representatives of the Hungarian government. It would dilute the political incentive to exploit other, more plausible and probably more effective, Treaty mechanisms to tackle this regrettable situation; one such would be introducing rule of law conditionality for certain payments out of the Union budget, which would then potentially apply to all Member States, rather than targeting just one. Given its shaky legal foundations, it would also risk undermining the step-by-step approach, following well-trodden judicial procedures, adopted by the Commission, notably in the case of Poland. This consists in bringing in a neutral third party, the Court, to pass final judgment on different contested actions of the Member State(s) concerned. In such circumstances, surely the rifle is to be preferred to the blunderbuss.

The Union functions through its Member States, and it is in the Union’s own interest that governments participate in decision-making, and take ownership of the outcome, even where on a particular matter a government is outvoted. Excluding a government’s representatives is a surefire way of guaranteeing that whatever decisions are taken by the [European] Council will not be respected or implemented in Hungary. The interests of both EU26 and Hungarian citizens have more chance of being upheld if Hungary retains a stake in the game than if it is sent off. Cotter’s suggestion that his device might bring pressure on Hungary to end its state of emergency is at best speculative; it is hard to see Mr Orbán doing other than telling the Union authorities to mind their own business. We shouldn’t forget that the Hungarian government’s justification for the recent emergency legislation is that it too is doing ‘whatever it takes’ to tackle the coronavirus pandemic.

The main objections to Cotter’s proposal are, as he acknowledges, legal. To begin with, I will cheerfully concede that Treaty provisions of an apparently declaratory nature may, in the hands of the Court of Justice, turn out to have important legal effects, which are often very beneficial for the rule of law. One only has to think of the general prescription that the Court ‘ensure … the law is observed’ in Article 19(1) TEU which the Court has used as a touchstone for interpreting, and occasionally expanding, the scope of its powers under the Treaty. More recently, in Wightman the Court relied heavilyon the proviso in Article 50(1) TEU that a Member State may only decide to withdraw from the Union ‘in accordance with its own constitutional requirements’ in order to discern an unconstrained, unilateral right for a Member State to revoke its withdrawal notification.

Ostracising Hungarian representatives from Council meetings would be tantamount to suspending the voting rights of the Hungarian government. But wait, is that not exactly one of the possible outcomes of the Article 7(2) TEU procedure? To reach such a result under this procedure would require the consent of the European Parliament, a hearing of the Hungarian government, a unanimous decision of the European Council (minus the Member State in the dock), and a decision of the Council itself, which must take account of the consequences of the suspension on the rights of individuals and businesses. Following Cotter’s suggestion would simply airbrush out of the picture Hungary’s rights, and the corresponding obligations of the Union institutions, under Article 7(2) TEU, as if they had never existed. Because, you see, that is what it would take.

There is also the small matter of how such a decision could be approved by the European Council; as its decisions ‘shall be taken by consensus’ (Article 15(4) TEU), then logically it should follow that no such decision could ever be adopted in practice. Even the representatives of a Member State which has decided to leave the Union – which Cotter agrees Hungary has not – are entitled fully to participate in the work of the European Council and the Council until withdrawal takes effect. They are only excluded from [European] Council discussions concerning the withdrawal process itself, and they participate in the adoption of the relevant decisions, albeit in their own right rather than as a member of the [European] Council. This form of exclusion, however, is based on an explicit Treaty provision (Article 50(4) TEU), which is obviously absent from the Cotter construction.

Let us assume, for the sake of argument, that a coalition of the willing in the European Council, perforce excluding any other Member State which opposes the adoption of an Article 7(2) decision in respect of Hungary, decides that representatives of the Hungarian government may not take part in the work of the European Council and the Council. As is the way of things, the question would reach the Court sooner or later.

Then the judicial nightmare would begin. The annulment of the ostracism decision could, as Cotter acknowledges, undermine the validity of all the decisions of [European] Council taken without the participation of the representatives of the Hungarian government, which is not a great advertisement for the rule of law in the Union. The failed attempt at exclusion would in no way persuade the Orbán government to change its ways; au contraire, it is the Union which would be held up as the outlaw, the Hungarian government its innocent victim.

A judgment upholding the ostracism decision, on the other hand, would feed Mr Orbán’s ‘ECJ victimisation’ trope. Much more importantly, however, it would overturn nearly seven decades of case law hammering home the importance of strictly respecting procedural rights in the political activity of the Community/Union. Procedural rules are not the playthings of the Union institutions or the Member States, the Court taught us in its 1988 ‘Hormones’ ruling. Indeed, the Court added in its 2001 Opinion on the Cartagena Protocol, they have ‘constitutional significance’. Strict respect by the institutions of procedural rules is the Union’s operating system. The consequences of a judgment sanctioning such a fundamental disregard of a specific procedure would be incalculable; legal Y2K would happen after all. The Union cannot solve a rule of law problem by simply ignoring the rules of law.

Collins’ dictionary provides two possible definitions of a ‘Last Chance Saloon’: ‘a situation considered to be the last opportunity for success’, and ‘a place frequented by unsavoury or contemptible people.’ Clearly Dr Cotter had the former in mind, but it turns out that his suggested solution is more akin to the latter, being based on legal reasoning which is quite unsavoury, and with political consequences which can only inspire unease, if not outright contempt. This is one showdown the Union should stay away from.

DOWNLOAD PDF
LICENSED UNDER CC BY NC ND
SUGGESTED CITATION  Bradley, Kieran: Showdown at the Last Chance Saloon: Why ostracising the representatives of a Member State government is not the solution to the Article 7 TEU impasse, VerfBlog, 2020/5/23, https://verfassungsblog.de/showdown-at-the-last-chance-saloon/, DOI: 10.17176/20200524-013158-0. 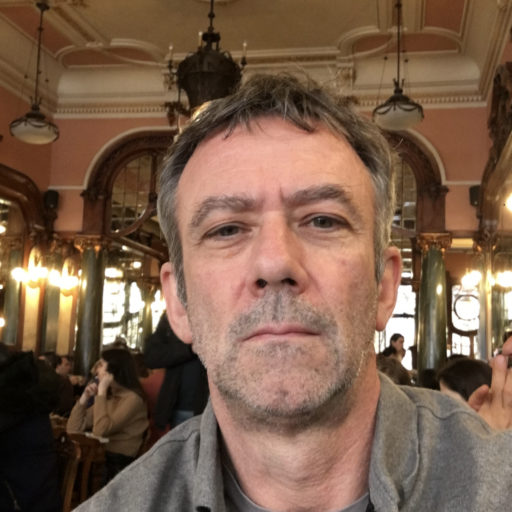