As Turkey is in the process of getting ready for the general and presidential elections of June 2023, a recent legal reform has created much concern regarding freedom of expression and increased threat of online censorship in the country. The legal reform amending the Press Law, the Internet Law (Law No. 5651), the Turkish Criminal Code, and some other laws was adopted by the Turkish Parliament on October 13, 2022. Apart from setting forth new regulations and obligations for journalists, the most striking part of the newly adopted law is a provision added to the Turkish Criminal Code, criminalizing “Overtly Disseminating Information to Mislead the Public.” Citizens have called the amendment a ‘censorship law’, while some prominent civil society organizations have voiced their concern about the law creating avenues for a dystopian crackdown when the elections are just around the corner.

In this blog post, I argue that the new amendment does not comply with Turkey’s obligations under the European Convention on Human Rights (ECHR), while also creating a chilling effect in the political sphere that could result in self-censorship.

The Law, A Cure For ‘Cheap’ Speech?

The provision (Article 217/A) reads as follows:

“(1) Any person who overtly disseminates false information contrary to the facts about the internal and external security, public order, and public health, with the motive exclusively to create distress, fear, and panic among public and in a manner conducive to disturb public peace, shall be sentenced to imprisonment from one to three years.

(2) If the offense is committed by concealing the true identity of the perpetrator or as part of the activities of an organized group, the penalty outlined in the preceding paragraph shall be increased by one-half.”

The policy reasoning of the law is stated as concerns over the negative effects of social media use and digitization, such as personality disorders, psychological illnesses, inciting hate and discrimination among the public, violation of citizens‘ personal rights, and so forth. The reasoning also refers to the positive obligation of the state to “take a regulatory role in which fundamental rights and freedoms are protected while also securing freedom of expression.”

Certainly, digitization and speech abundance, or so-called cheap speech, brought convenience and lowered the cost of creating, obtaining, and consuming information and content from diverse sources.1) On the flip side, the rapid advancement in technologies also created issues concerning unmanageable information floods, given the ease of spreading disinformation, misinformation, and malinformation, computational political propaganda, and alleged filter-bubbles polarizing users.2) However, regardless of the outcome of the cost-benefit analysis of speech abundance, laws restricting freedom of expression should follow a certain standard that is in line with the principle of legal certainty, while ensuring that the state does not play the role of the arbiter of the truth.

Turkey has been a party to the ECHR since its ratification in 1954. Within the framework of Art. 90(5) of the Turkish Constitution, the ECHR is considered to be part of domestic law. Therefore, the provisions of the ECHR have the force of law.

Under Art. 10 ECHR and the settled precedent of the ECtHR, any interference with the right to freedom of expression must meet three criteria: (i) to be prescribed by law, (ii) to pursue at least one of the legitimate aims enumerated in Art. 10(2) ECHR, and (iii) to be necessary in a democratic society and proportionate to the legitimate aim pursued. While the provision does not seem to satisfy criteria (i) and (iii), this analysis only focuses on the former.

Prescribed by Law: The Principle of Legal Certainty

As the ECtHR has repeatedly held, the first criterion of state interference requires that rules of law be certain, foreseeable, and easy to understand. This includes a clear definition of what the offense entails, what the elements of a crime are, and what is being sanctioned under any specific provision.

The Law Does Not Provide a Definition for ‘Disinformation’

When it comes to the language of the newly implemented provision in Turkish law, there is no clarification provided on the definition of ‘misleading information’ or ‘false information.’ Moreover, the provision’s text mentions the criminalization of ‘disseminating false information’, unlike the title’s implication of criminalizing ‘misleading information.’ Therefore, there is a mismatch on what is actually being sanctioned under the provision. According to the Turkish Language Association’s dictionary, in the Turkish language, “false information” does not encapsulate “misleading information”; nor are they interchangeable. Thus, it is worrisome not to know what is considered ‘false or misleading information’, and who will eventually decide its definition. The result of this provision is that a government agency – or the Turkish court system – will be the sole arbiter on what is a ‘fact’, leaving all the other expressions to be deemed ‘fiction.’ In other words, the established powers are given the competency to decide that any dissent can be considered a ‘criminal lie’. As the Joint Declaration on freedom of expression and “fake news”, disinformation and propaganda states, “general prohibitions on the dissemination of information based on vague and ambiguous ideas, including ‘false news’ or ‘non-objective information’ are incompatible with international standards for restrictions on freedom of expression […] and should be abolished.” Consequently, while the marketplace of ideas theory on speech abundance might not be the most practical approach in the digital era anymore (as I wrote elsewhere), arbitrary laws imposing criminal sanctions on speech or expression without any sound definitions make the disease more infectious, instead of curing it.

The Law Provides No Definition or Standards On What Creates Distress, Fear, and Panic Among the Public

Furthermore, the provision also neglects to provide any definition of what entails “disturbing public peace.” According to the Venice Commission’s Urgent Joint Opinion on the provision, they questioned whether such wording refers to “an abstract danger, the likelihood of disturb, or a concrete risk requiring to prove actual and intensive harm in public peace.” The opinion urges that “what seems most alarming is that a public protest may be considered in itself a public disturbance of public peace”, as the provision also does not distinguish between online and offline acts. Thus, the ‘harm’ standard for “disturbing public peace” should also be clarified within the provision or any further amendments, to avoid any arbitrary judgments and interpretations by courts.

This Is Not Turkey’s First Rodeo in Criminalizing Speech

Needless to say, Turkey’s track record on freedom of expression violations is not the brightest in the bunch. Despite continuous efforts of the Council of Europe in promoting the decriminalization of defamation, Turkish law harbours several provisions criminalizing defamation. To give a few examples, Art. 125(3) Turkish Criminal Code criminalizes insulting a public officer during the performance of the officer’s public duty, while Art. 299 Turkish Criminal Code sets forth jail time for any person who insults the President. Despite the perception created on paper that these are ‘innocuous’ defamation provisions to safeguard personal rights, they have actually been ‘weaponized’ to prosecute artists, journalists, singers, activists, and ordinary citizens, often in situations of political criticism or satire (see Dickinson v. Turkey; Vedat Sorli v. Turkey). For instance, under another provision, Art. 216 on Provoking the Public to Hatred, Hostility or Degrading, Gülşen, a famous pop singer, was arrested over a joke about vocational high schools that give religious education. (Also known as ‘İmam Hatip schools.’) Even though she was released from custody, and eventually from house arrest, this incident is enough to show how a chilling effect under the threat of criminalizing speech could be created in public, if the statements are not to the liking of the majority opinion.

The Law Has the Potential to Induce Self-Censorship

Apart from not complying with the interference criteria of Art. 10 ECHR, the provision also creates concerns regarding state surveillance. In order to criminalize the dissemination of ‘misleading information’ or ‘false information’, there is a need, in principle, for constant surveillance of content shared online and offline. This also induces the fear of being profiled and watched by the government every day, and such a threat could result in self-censorship. According to PEN America’s executive director Susanne Nossel, “fear of government surveillance is prompting many writers living in democratic countries to engage in the kind of self-censorship associated with police states.”

A relevant example from the other side of the Atlantic is the New York Police Department’s post-9/11 Muslim surveillance program. As such surveillance created a climate of fear, many Muslim Americans were forced to self-censor themselves in their religious and otherwise activities. This included sharing content online, attending religious community gatherings, or even prayers (see Raza v. City of New York). Although American law does not impose any criminal sanctions for such speech, constantly being watched has a negative ‘chilling effect’. It may manifest in refraining from accessing certain content online, not being able to benefit from a variety of opinions, and eventually changing online and offline behaviour over time.

Being able to participate in public debate, while having the freedom to voice marginal and minority opinions, is a cornerstone for every democracy. If there is no authentic speech, there is no authentic thought. Where there is no authentic thought, individuals cannot construct themselves, their identity, and their political views. Thus, they cannot come up with their own autonomous decisions. Therefore, such provisions as Art. 217/A Turkish Criminal Code are also not in line with the protection of cognitive liberty and the right to freedom of thought, which is an absolute right, enshrined in many international covenants.

The author has no affiliation to any political party, nor does this blog represent a particular political view. This blog post is intended to provide a purely legal and policy analysis. 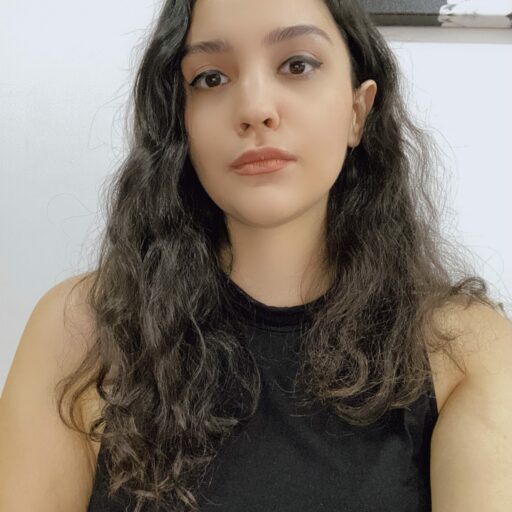