The Spanish response to the waves of the COVID-19 pandemic that have affected the territory has so far largely relied on emergency powers. The measures were adopted on the basis of the pre-existing legal framework provided in article 116 of the Constitution and its legislative development, Ley Orgánica 4/1981 on state of alarm, exception and siege,  adopted on 1 June 1981 (henceforth LO 4/1981). As explained below, two different approaches have characterised the response to the first and second wave. However, both have their legal basis on the same norms and are based on the same legal category, i.e., the state of alarm (estado de alarma).

The central government has exclusive competence to declare a state of alarm and maintain it for up to 15 days. However, if the Government wants to extend the state of alarm beyond the initial fifteen days it needs authorization from the Congreso de Diputados (Congress of Deputies). During a state of alarm, the government can impose limitations to rights but not their suspension. This distinction has implications beyond the Spanish borders since only derogations of rights, rather than their limitation, need to be notified to the Secretary General of the Council of Europe (for States that have notified Covid-related derogations see here) and the United Nations to fulfill relevant human rights obligations.

The first declaration of the state of alarm was enacted on 14 March 2020 by Royal Decree 463/2020. The Spanish Congress extended it fortnightly on six occasions between 14 March and 21 June 2020. The Prime Minister was therefore subjected to regular parliamentary control to secure the extensions of the state of alarm, a scrutiny that progressively undermined a minority government within a climate of enormous tension between political parties and within society at large.

In his commentary on Spain for the first “COVID-19 and States of Emergency’ symposium, Presno Linera explains the main issues raised by the first state of alarm. The most controversial aspect pending consideration before the Constitutional Court concerns its legality. Some authors have argued that some of the measures constituted de facto suspension of fundamental rights, not permitted by Spanish law in the context of a state of alarm. In contrast to most countries in the world, the reasons that were considered justifications to leave the house were extremely limited and did not include access to educational facilities, exercise or time outdoors.

Other authors, such as Quadra Salcedo have argued that the measures adopted were mere limitations of rights and aligned with the legal contours of the state of alarm. This position was backed by the Defensor del Pueblo (Spanish Ombudsman) who monitors the functioning of all public administrations and acts as the National Human Rights Institution. The Defensor del Pueblo has locus standi before the Constitutional Tribunal to appeal the constitutionality of legislation. In that capacity, he issued a resolution on 3 September 2020 rejecting 617 petitions that requested him to raise the issue of the conformity of the Royal Decree 463/2020 with the Spanish Constitution. The decision, reasoned over 25 pages, concluded (pages 21 and 22) that the generalised confinement of the population resulting from the state of alarm’s declaration constituted a severe restriction of the exercise of fundamental rights but not their suspension. It was, therefore, in conformity with the constitutional framework. The state of alarm was the appropriate legal framework to introduce grave restrictions of rights to address a serious public health emergency. The Ombudsman concluded that the situation did not amount to a public order crisis for which a declaration of the state of exception, allowing the suspension of rights, would be more suitable.

The nature of the measures approved during the first state of alarm meant that children’s mobility and fundamental rights were disproportionally affected without any reasoning enshrined in law. Despite the early warnings issued by the UN Committee on the Rights of the Child and other international bodies, children remained the only sector of the population with no reasonable excuse to leave the house for weeks, except in case of illness or if it was impossible to leave them unaccompanied and they were under 12. However, neither the Ombudsman nor most commentators have addressed the rights of children specifically (for an exception, see the analysis by Ruiz, Gómez and Rodríguez; also tangentially, Estrada, page 28).

Another controversial aspect of Royal Decree 463/2020 concerned the centralization of the response at governmental level ignoring the quasi-federal organization of the State. During the first state of alarm, the regional governments continued to manage their jurisdiction but within the framework of direct orders from the central government. Among other devolved competences to the Autonomous Communities, health became centralised without previous negotiation. Overall, the first state of alarm imposed centralised and uniform measures applicable to the entire territory, without involving the Autonomous Communities in the decision-making process.

Some restrictions imposed on the press at the beginning of the state of alarm were modified by the government after receiving harsh criticism from journalists’ associations. Four hundred journalists signed a manifest claiming their freedom to ask (#drechoapreguntar) questions to the Prime Minister and other ministers without intermediaries, after the government imposed a practice by which journalists had to ask questions in writing and in advance. It has also been argued that the severity of fines of up to €600,000for breaking lockdown rules was disproportionate, especially when considering the average income of the Spanish population.  (see also Spanish Ombudsman criticisms here, p. 22-23)

The punitive nature of the measures that characterised the state of alarm declared in March 2020 have resulted in the identification of this category with a compulsory stay-at-home lockdown (or “lock-in” as Presno Linera puts it). It has also enabled and/or reinforced distrust of the Autonomous Communities towards the central government. The unilateral and centralised imposition of the measures were largely perceived as undue redistribution of the territorial division of power that interfered directly with their competences.

As demonstrated by the declaration of the second state of alarm in October 2020, the constitutional framework and emergency legislation regulated by LO 4/1981, allows less restrictive approaches.

During the second wave, the central government based its decisions on the principle of co-governance. In order to facilitate its application, the government propelled an express amendment of the legislation on the administration of justice (Ley de Jurisdicción Contencioso-Adminsitrativa). This reform, approved by Law 3/2020 on 18 September 2020, facilitates the adoption of measures by regional governments that may affect fundamental rights. It establishes, among other provisions, that regional tribunals must endorse decisions adopted by the territorial administrations that restrict freedom of movement to enter and leave the territory over which they have jurisdiction. The constitutionality of this reform is under scrutiny before the Constitutional Tribunal due to serious concerns over the weakening of the doctrine of the separation of powers. Its final judgement may shed light over the fragmented case-law available on the legality of restrictions of rights emanating from Autonomous Communities (on divergent decisions on this issue see García Majado).

The unfavourable evolution of the situation with increased rates of infection, prompted the extension of the declaration of the state of alarm to the full territory by Royal Decree 926/2020 of 25 October. Originally approved for fifteen days, the Congress authorised a six-month extension. Hence, the current state of alarm is in force until 9 May 2021. The distribution of competences between central government and the autonomous communities differs substantially from the first state of alarm. Within the framework of restrictions authorised by the central government, the competent territorial authorities decide the restrictions of rights applicable within their respective jurisdictions.

The limitations to rights approved in the context of the second state of alarm are much less restrictive than those imposed between March and June 2020 and consist of night curfews; perimeter closures of autonomous communities and municipalities, and limits to gatherings in public and private spaces, including places of worship. The Interterritorial Council of the National Health System, chaired by the Minister of Health, coordinates implementation of the state of alarm.

In addition to the legal issues raised by the decision-making process and implementation measures that characterised the first state of alarm, the response to the health crisis by the Spanish government has exposed pre-existing weaknesses of the legal framework regulating emergency situations and created new challenges. Firstly, it has become apparent that LO 4/1981 does not provide adequate legal basis to articulate the distribution of competences between the central government and autonomous communities. As it stands LO 4/1981 only contemplates the delegation of relevant competences to autonomous communities when a crisis is confined to its territory. A reform/update of the current legislation should reflect the quasi-federal structure of the Spanish State. It should also regulate the role of regional parliaments in monitoring the actions of their respective governments, another point for which no provisions exist.

A second concern is the length of the second state of alarm, pre-approved by Congress for a six-months period. Although LO 4/1981 does not set a time limit for extension of states of alarm, a six-month period seems incompatible with the spirit of the Law of Exception as it undermines the monitoring power of the Congress.

Finally, the criticisms directed to the government for its centralised management of the state of alarm and the harshness of the restrictions have become criticisms over the legal insecurity allegedly created by the softness and fragmented measures approved during the second state of alarm. However, these measures have proven sufficient for the time being in avoiding the overwhelming of hospitals and intense care units. The Royal Decree 926/2020 has also been the object of an appeal questioning its constitutionality. The Constitutional Tribunal will hopefully shed clarity on some of the legal issues that have been raised so far.

Final Reflections: the impact of the pandemic on rights and equality

As highlighted by many international institutions (e.g. FAO, UNDP and ILO), the pandemic has had the most impact on those already in vulnerable positions (e.g. MRG Briefing). From a legal perspective, the differentiated treatment of economic, social and cultural rights versus civil and political rights in European countries is reflected in a lesser protection of the right to health and other economic and social rights than the protection granted to other rights such as freedom of movement. This is also true in Spain where the right to health enjoys a lesser status constitutionally than other civil and political rights (on the impact of this dichotomy in the context of Covid-19, see Dominguez Redondo).

Several measures were adopted to alleviate the economic and social impact for the most vulnerable in Spain, where 2.5 million persons suffer from severe poverty and 26% of the population is at risk of poverty or social exclusion. The government has approved a range of economic and social measures that include a minimum living income and protection for those losing their employment or at risk of becoming homeless (Cebada Romero).

This health crisis has demonstrated that the impact of a pandemic in a country does not depend solely on its human and financial resources. Countries with similar socio-economic indicators have fared very differently. This situation should lead to a profound reflection about the role of good governance and the legal framework used to address crisis with a real willingness to learn lessons from best practices around the world. 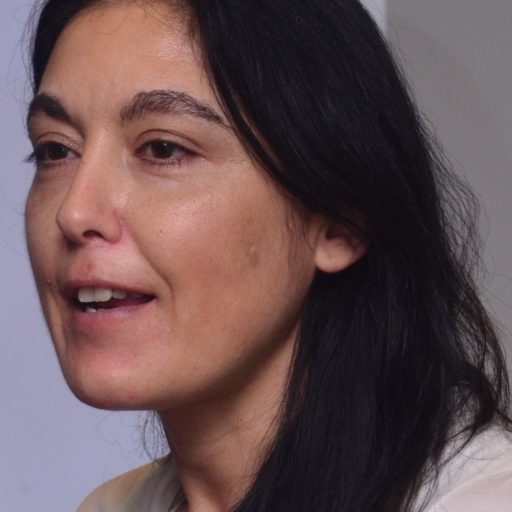 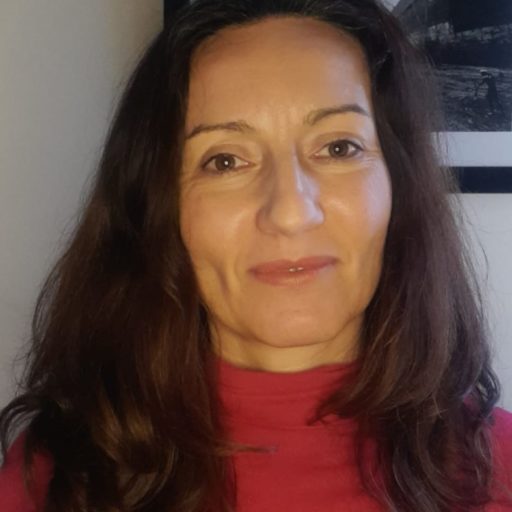 Other posts about this region:
Spanien 2 comments Join the discussion
Go to Top