Deprivation of Citizenship and the UK’s Nationality and Borders Bill

Shocking new legislation currently going through the UK parliament includes controversial powers to strip British citizens of their citizenship without notification, even if they hold no other citizenship and risk being made stateless. Opponents say such powers would be draconian and in violation of international law. The numbers of people potentially affected are huge, at almost 10% of the population. Moreover, there are clear racialised biases, with ethnic minorities and those of migrant heritage predominantly at risk. Citizenship seems no longer to be an inviolable status of rights and protection, but more and more a conditional and insecure privilege.

The UK’s immigration system has long been moving towards increased restriction, punishment and criminalisation. It has also long been in flux, with new legislation produced every few years. With Brexit redefining the lines of mobility, rights and belonging, new immigration legislation was inevitable.

The Nationality and Borders Bill is currently going through parliament. A fortnight ago it passed the Commons stages and will now proceed to the House of Lords. It has been dubbed the ‘anti refugee’ bill by its critics. Its multiple punitive elements include proposing off-shore facilities for processing asylum seekers, rendering inadmissible asylum claims by anyone arriving ‘illegally’ and criminalising humanitarian rescuers.

One of the extremely problematic elements of the Nationality and Borders Bill is clause 9. The clause was inserted quietly in October, so was not in the original bill nor mentioned in prior consultations. And yet, clause 9 would allow Ministers to revoke British citizenship in a wide range of unspecified circumstances considered to be in the ‘public interest’ and without even needing to tell the person. Life-changing decisions could be made by Minsters without having to notify the individual, if it would ‘not be reasonably practicable’ to do so, contrary to national security or diplomatic interests, or if ‘otherwise in the public interest’.

For the government to have the power to strip a person’s citizenship without ever informing them of that development and their right to appeal,  raises serious legal questions regarding fairness and justice. It may contravene Article 8(4) of the 1961 Statelessness Convention, which provides for such a person to be given ‘a right to a fair hearing’.

Citizenship-stripping is not a new power. Indeed ‘banishment’, in which people lost their citizenship and abode, has its roots in ancient Rome and Greece and echoes in more recent practices, such as England’s transportation of convicts to the USA and Australia in the 19th century. However, with the rise of nation states, nationalism and international law, it became increasingly difficult for states to absolve themselves of responsibility for their citizens, and so by the late 19th century, expulsion became focused on non-citizens as part of immigration controls (Gibney 2011).

It was only around the two World Wars that the UK returned to depriving people of their citizenship. This was focused on naturalised citizens deemed a war time threat. After the second World War, deprivation was hardly practiced: just 10 British citizens lost their citizenship between 1949-73, and then no one until 2006 (Gibney 2011).

Deprivation of citizenship has been revitalised with fervour in the UK over the last 15 years. During this time, the legislation and practice has undergone repeated change and expansion.

After the 2005 London terrorist bombings, citizenship-stripping powers started to become regularly practiced in counter terrorism. About six people were stripped of their British citizenship between 2006-10, climbing to around 75 between 2011-15. The number then soared, to 104 people in 2017 alone. It is important to remember that although there is a right to appeal the loss, the decision is made entirely on the discretion of the Home Secretary, not a court or tribunal.

Successive legislative changes since 2002 have broadened those powers. Under the 1981 British Nationality Act, removing citizenship was warranted by disloyalty, trading with the enemy or criminality, and was only possible with naturalised citizens. The Nationality, Immigration and Asylum Act 2002, allowed the Home Secretary to deprive native-born Britons of their citizenship, and on the basis of being considered to have acted in a way ‘prejudicial to the vital interests’ of the UK. This threshold was lowered further still by subsequent legislation in 2004 and then 2006. Since 2006, people can lose their citizenship if deemed ‘conducive to the public good’; a vague phrase that has been criticised for being open to political misuse and of providing less protection than for foreign nationals facing deportation.

In 2014, these powers were controversially extended to also include British citizens without dual nationality, if they are considered to have conducted themselves ‘in a manner which is seriously prejudicial’ to the UK, and the Home Secretary believes that there are ‘reasonable grounds that the person is able to become a citizen of another state’. In other words, Britons without a second citizenship could be made stateless, contrary to international protections, if the government deems them entitled to another citizenship through their place of birth, parents or heritage.

The case that brought these new powers to public attention was that of Shamima Begum, a British citizen born in London who travelled to Syria in support of ISIS in 2015 as a 15-year-old. In 2019, the UK government stripped her of her British citizenship whilst she was detained in Syria with her baby (who has since died), preventing her from returning to the UK. Although she was not a dual-national (at least not straight-forwardly), the Home Secretary argued that Begum would not be rendered stateless as she is entitled to Bangladeshi citizenship through her parents if she claims it before turning 21. This is disputed by Bangladesh. Begum is challenging the decision to strip her citizenship but has not been allowed to return to the UK to do so in person.

The new Nationality and Borders Bill extends these powers further. Clause 9 allows for deprivation of British citizenship without even notifying the individual of the loss or their right to appeal. Presumably in the future someone in Begum’s position trapped in a warzone or refugee camp will not even know that they have had their British citizenship removed.

The number of people potentially affected by deprivation of British citizenship is huge. Drawing from official data from the Office for National Statistics, the New Statesman has claimed that clause 9 could affect up to six million citizens who have, or potentially have, a second citizenship. This is about 10 per cent of the national population.

Moreover, the impacts are heavily racialised. Deprivation of citizenship has almost exclusively been used against British Muslims, mostly with South Asian, Middle Eastern or north African heritage (StatusNow 2021). Those Britons most vulnerable to clause 9 are black and minority ethnic citizens, who have (or could have) a second citizenship as a result of place of birth or parental nationality. The New Statesman warns that two of every five people (41 per cent) from an ethnic minority background in England and Wales will be at risk of losing their British citizenship. This compares to one in 20 white British citizens (5 per cent).

The potential nationalities predominantly affected reflect colonial relationships, such as India, Pakistan, Bangladesh, Nigeria and Jamaica. British citizens with Irish or Polish ancestry are also potentially affected in large numbers. The statistics are stark. The New Statesman estimates that 630,000 British citizens born in India will be put at risk and 580,000 Britons born in Poland. Having been born in the UK gives no protection, with 408,000 UK-born Britons estimated to at risk.

Reflections on Citizenship and Belonging

The last 15 years has seen the UK revitalise an ancient power. Banishment has been resurrected with a vengeance: used in rapidly increasing frequency, with ever-greater Ministerial discretion and increasingly reduced thresholds and protections. The loss of notification heralded by clause 9 is merely the latest safeguard to be abandoned.

It is of deep concern that such a large proportion of the UK population are at risk of losing their citizenship. Government promises that they will only deprive people in the most serious circumstances is of little reassurance given the sharp increases of the numbers affected: a 50-fold increase in ten years (from two people a year to over a hundred).

Moreover, the deeply racialised discrimination written into the policies should raise alarm bells. This century, citizenship-stripping has been exclusively meted out on British Muslims and shockingly half of the British Asian population are now at risk of losing their citizenship, even if they do not hold any other nationality. With 39 per cent of black Britons similarly vulnerable, compared to just 5 per cent of white British citizens, the biases are stark. This is particularly worrying given the targeting of British Asians for shadowy counter-terrorism measures, the heightened and disproportionate criminalisation of ethnic minorities, and the recent Windrush scandal, which saw scores of black Britons wrongly labelled and punished as ‘illegal immigrants’ after decades living lawfully in the UK (Griffiths and Yeo 2021).

In other words, ethnic minorities and those of migrant heritage already face heightened suspicion, judgement, criminalisation and punishment. There are a multitude of immigration and nationality policies used to target, penalise and ‘repatriate’ black and brown subjects. Their loyalty and good character are more likely to be in question and increasingly that can mean their loss of citizenship and abode. The implication is that certain citizens, including people who were born and grew up in the UK, remain perpetually Other, with precarious and contingent presence and rights.

These developments provide insight into the government’s approach to the constitution of citizenship itself. Despite the centrality of equality to the theory of citizenship, we see the creation of second- and third-class citizens. Those who are naturalised, hold dual nationalities or who have historical ties to other countries through birth or ancestry have a citizenship that is inferior to those of white, British-born citizens.

In addition to unapologetically differentiated citizenship, we see a morphing of citizenship from a status of rights and entitlement to an insecure privilege. No longer an inviolable status of protection, citizenship is increasingly conditional on loyalty and good behaviour, and thus vulnerable to changing political whim. Indeed, it has been argued that the UK is moving away from a democratic model of citizenship in which individuals have horizontal relationships with elected representatives, to a model reminiscent of subjecthood from the days of Empire, with vertical relationships between subject and sovereign.

There has been some outcry against clause 9 amongst journalists, lawyers, politicians and NGOs. Well over a quarter of a million people have signed a parliamentary petition for its removal. However, there is a wider and worrying direction of travel around citizenship-stripping in the UK. No other country makes its own citizens stateless by depriving them of citizenship, and soon without even having to notify them. Citizenship is not simply a contract that can be terminated. It is one of the most fundamental sources of belonging and protection. As Hannah Arendt said, citizenship is the very right to have rights. Stripping citizenship leaves people uniquely vulnerable, placeless and dispossessed. 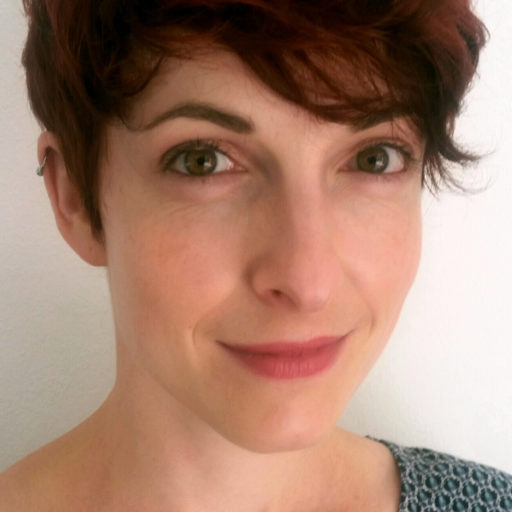