The European Court of Human Rights is recognised as a pearl in the crown of the Council of Europe system. The Strasbourg Court allows each of the 850 million inhabitants of the 47 Member States to submit an application if they believe their rights were breached. Polish citizens have repeatedly exercised this power, and the ECtHR has often found them right, forcing the Polish authorities to pay damages and take other corrective measures. It has given an impulse to carry out significant systemic changes in Polish law, such as e.g. Bug river claims compensation (Broniowski v. Poland, application no. 31443/96, judgment of 22 June 2004) or undue length of proceedings (Kudła v. Poland, application no. 30210/96, judgment of 26 November 2000).

Over the last 5 years, the European Court of Human Rights has essentially remained silent in most serious Polish cases. Even if the case was dealt with properly, such as exhumation of the Smolensk plane crash victims (Solska and Rybicka v. Poland, applications no. 30491/17 and 31083/17, judgment of 20 September 2018), this happened when the protesting families had already suffered from it. Legal changes of a revolutionary nature were sweeping through Poland at that time, and the voice of the Court was generally absent. The first communicated cases concerning the judiciary only came up in 2019.

The communication of the application means that the Government of the Republic of Poland must respond to it. Before the case is communicated, it is in principle known only to the ECtHR. Once the application has reached this procedural stage, the Government is required to present its own observations as to whether the application is admissible in terms of merit and procedure. The communication is published on the Court’s website. This allows the public to learn about the case, and NGOs or other interested parties may seek to present third-party intervention. Communication of the case does not, of course, prejudge the outcome of the proceedings. The case may end with inadmissibility decision, friendly settlement or judgment. But from the moment the application is communicated, a public dispute arises. It may not be ignored by the Polish Government. Moreover, in some situations a hearing may take place, and this definitely affects the publicity of the case. It is enough to mention the hearing on the liability of Poland for the location of a secret CIA prison.

In the context of changes in the judiciary in Poland, the ECHR in 2019 communicated the following cases:

In 2020, more cases were communicated:

In some of these cases the Commissioner of Human Rights, as well as some Polish NGOs, submitted third party interventions.

Most probably these are not all applications that are likely to be communicated by the ECtHR. One should especially expect the ECtHR’s interest in disciplinary cases against judges. The precedent case from Iceland, which concerns the influence of the executive on judicial appointments (Ástráðsson v. Iceland, application no. 26374/18, Chamber judgment of 12 March 2019, referred to the Grand Chamber) may also be of importance. It is not without reason that the Polish Government has joined the case.

Of course, at this stage, it is difficult to determine the outcome of the communicated cases. However, the analysis of Strasbourg cases concerning the independence of the judiciary from countries such as Ukraine, Russia, North Macedonia and Hungary may give rise to several reflections.

The ECtHR is sensitive to the importance of judicial independence in guaranteeing the right to a court. It has repeatedly addressed the institutional issues of the position of courts in the system of power and the impact on the provision of guarantees under Article 6 of the European Convention on Human Rights. Therefore, a meticulous assessment of the Polish solutions concerning the NCJ, the new chambers of the Supreme Court or even the composition of the Constitutional Tribunal can be expected.

The ECtHR is primarily a court of individual justice. In this context, it needs to analyse how institutional issues affect an individual whose rights have been breached. It may analyse facts, not only the law. This gives a better chance to grab the „bull by the horns“ than, for example, the EU Court of Justice. It also creates space to highlight the situation of victims of the  breach. On the other hand, such judgments are much more difficult to enforce. Especially with regard to the so-called general measures (legislative changes), this requires a bit of goodwill on the part of the state concerned.

Judges may also be applicants under the Convention. Judgments favourable to them may lead to their individual enforcement. The example of Judge Oleksandr Volkov from Ukraine demonstrates that a judgment of the ECtHR may even result in the possibility of reinstatement to the highest judicial position that was lost (Oleksandr Volkov v. Ukraine, application no. 21722/11, judgment of 9 January 2013).

The mills of Strasbourg justice grind slowly and at times even very slowly. It is enough to take a look at the communication of the case of judges not appointed by President … Lech Kaczyński in 2007. It is in the interest of the Strasbourg Court not to delegitimize its own activities in matters of judicial independence due to too long a period of time in which applications are processed. The new President of the ECtHR, Robert Spano, represents the hope. His experience to date may be indicative of his sensitivity to issues of judicial independence. The Strasbourg Court may not only quickly adjudicate (but also apply interim measures in cases regarding the rule of law), but also exert additional pressure on the Polish Government by organising hearings. In addition, an international „debate“ may arise on each case, due to the presentation of the opinion of a friend of the court by interested organisations and institutions. All this can offer hope to many judges awaiting justice.

Concerted effort of the CJEU and the ECtHR may result in the hindering of some of the negative effects of changes in the judiciary. So far it has been the CJEU that has been active, with the courageous involvement of national judges and civil society. As a result the CJEU has shaped the understanding of the principle of effective legal protection (Article 19 TEU), by issuing judgments in infringement proceedings and preliminary references cases. The second instrument – the ECtHR – has been almost unused. But it seems that by communicating cases the pianist has just approached the second piano and bowed to the audience. The audience will judge whether he can play to the notes and whether he is able to bring out a harmonious melody of the rule of law with the CJEU. If not, he will allow a shadow of authoritarianism to fall over another member state of the Council of Europe. 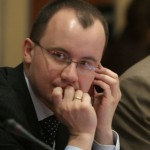 Adam Bodnar Adam Bodnar is the Commissioner for Human Rights of the Republic of Poland and a Professor at the University of the Social Sciences and Humanities in Warsaw. ORCiD >>