Suggesting Solutions: Do the Right Thing

This short presentation distils the conclusions of the panel regarding the international law angle of the post-Sentenza scenario. They reflect some degree of consensus which was reached on certain crucial points, including the steps ahead.

The applicable rules of international law are clear. A State’s immunity in the civil courts of another State is granted also in the case of serious human rights violations, and irrespective of whether the victims could bring their cases to other courts or resort to an alternative remedy. This is what the law is. What the law should be is another story, one that is worth telling; if the law alone cannot occasion certain objectives, it still would be appropriate to pursue them if they are desirable.

Because an alternative remedy is not a necessary condition for the granting of immunities, it is not crucial to check whether the Italian victims had been afforded one – a point of controversy if one reads the Constitutional Court’s decision next to the German government’s statements. In principle, the concept of an effective remedy would not amount to a right to win in court, but more likely to a right to have a case heard by an impartial judge that is empowered to afford an actual remedy to a winning claimant. Again, the issue is essentially moot, because the availability of remedies is not indispensable for the granting of State immunity and because the European Court of Human Rights considered that the suits brought by Italian claimants were conducted by German courts in a way that did not violate the Convention’s norms on a fair trial.

The Italian Constitutional Court clearly paved the way for Italy to breach the law on immunities, through its courts’ actions. Sure enough, Italy must respond for a breach of international law. The academic drama surrounding this decision, however, might be overstated, at the expense of the underlying human drama, which unfortunately cannot be overstated. Germany is entitled to invoke responsibility, as an aggrieved State, and express discontent. All the same, the episode does not mark the end of international law’s normativity, and there is no reason it will be repeated or inspire to disobey that would have not otherwise done so. The case’s circumstances are narrowly circumscribed to the very idiosyncratic legal and historical scenario; and we might accept as an inevitable occurrence the idea that the law – occasionally – is breached. CHRISTIAN TOMUSCHAT warned of the “unfathomable” repercussions of the Sentenza – but think of the factual and legal matrix: if the precedent is applied narrowly, virtually all imaginable other cases can be distinguished. But that’s already guessing. Something unfathomable, literally, cannot be predicted. So it is wiser not to do what cannot be done. A breach is a breach is a breach, not necessarily a revolution.

Such a clear picture responsibility, it is the consensus, would not help overcome the deadlock. A cohort of excellent, well-intentioned and well-fed lawyers gather to ponder the issue agreed that the applicable law can only help us so much towards reconciliation. This conclusion is worth keeping in mind. Also, it must be noted that whether Germany owes to Italy or to the victims any compensation was not determined by the ICJ.

That Germany is not required by the law to take steps or explore a way to resolve the issue does not mean it should not do so. In fact, the likelihood that, in this case, a mere application of the law might yields unfair outcomes recommends exploring voluntary action that transcends what is merely owed by way of obligation – this is true, of course, assuming reconciliation and legal peace are truly valued. Reconciliation that does not boil down to re-litigation depends on goodwill. When a solution inevitably requires sacrificing one’s interest for a common purpose, it might be wiser to gloss over the question whether an attempt to negotiate is made out of favour or out of a duty. It is not a sin to do a favour. In the worst case scenario: pretend generosity will be met by pretend gratitude. More likely, actual generosity will be met by actual gratitude. In each case, something durable can be achieved, which transcends all mental reservations. This is negotiation 101; the comparative advantage of honey over vinegar is well-researched.

In short, fixating on the legal conundrum has had so far a frustrating effect. Law can be imperfect that way, and in this circumstance law has exhausted its potential of resolving disputes – certainly arguing legalities ad nauseam can only aggravate this one. A solution must be found that, whilst not legally required, is legally tenable, and steeped in both parties’ goodwill. This is also what the International Court of Justice suggested, when it mentioned negotiations as a possible way out (cfr. para. 104: it contains no obligation, see KARIN OELLERS-FRAHM). As it was noted, a shift from legal reasons to legal reasonableness would be appropriate now. Italian illustrates well the gulf between “avere ragione” (being right) and “essere ragionevole” (being reasonable); perhaps there is a German equivalent to it.

Germany and Italian courts base their position on principles, but the righteous views do not match the reality – which is less honourable. Germany clings to a privilege; it is entitled to do so. Italian courts invoke higher fundamental principles, but their actions might lead to nothing if the victims are unable to execute their judgments.  The solution of this impasse must go beyond the immediate scenario emerged after 2014. Germany declared that it will not pay, and whilst the Italian Constitutional Court knew this too well, it sent victims to courts anyway. These individuals were consciously accompanied into a kafkian cul de sac. Without apportioning blame, it clearly appears that the situation is dishonourable, in spite of all the principled protestations of both States.

For the victims to derive satisfaction from the Italian courts’ decisions, in the quasi-certain absence of voluntary payment by Germany, we would need to see whether they can proceed to seise German assets. This possibility is very remote, as KARIN OELLERS-FRAHM remarked. Not even the Constitutional Court’s decision seemed to challenge the basic principle that State assets serving a public function cannot be apprehended. Hence, the ominous feeling that all this litigation is for nothing.

Now, two points on what can be done.

The first regards civil disobedience by domestic courts that disrespect international law. Even assuming that some episodes of rebellion are inevitable, appearances do matter. Sharing the reasons for non-compliance elicits sympathy, and when a breach is perceived as principled it is more difficult that it be considered a threat to the system. In the views of many commentators, what the Constitutional Court failed to do adequately, and other courts would better do should they break ranks, is to factor in the reasoning the values of international law. Ultimately, it would be preferable to show that the outcome is a tough decision, a conscious trade-off between two values, carried out through balancing and sacrifice rather than self-interest.

The final point must concern the way ahead. Balancing interests domestically might advise recourse to ways different from litigation. Given the stalemate described above, alternative means of dispute resolutions are also the only practicable way from an inter-State perspective. Either State here can take the lead, but given the lack of obligations it would be most appropriate for Italy to take the first step – for instance, as CHRISTIAN TOMUSCHAT suggested, by preparing a list of eligible victims – and show that it is ready to set the example of generosity allocating funds to a compensation scheme. It might then invite Germany to follow its example and match the funds. A compensation mechanism, funded by both States, could be a good solution, accompanied by Italy’s commitment to shield Germany from further suits. If individuals could directly or indirectly derive satisfaction from such mechanism, Italian judges could see that the circumstances examined the Constitutional Court no longer apply. Immunity could then apply again – of course, as GIOVANNI BOGGERO said, a clarification issued by the Constitutional Court would help ordinary judges, but might not be indispensable. If either party is unsatisfied by the bilateral course of conciliation, an alternative might be to involve an impartial subject, for instance a commission established under the aegis of the United Nations.

This is the summation of our conclusions. Their limitations reflect the limitations of international law and international lawyers. Luckily, there is more to life than law, and we trust that Germany and Italy know this too well and will do the right thing, resuming the path of negotiation and reconciliation. 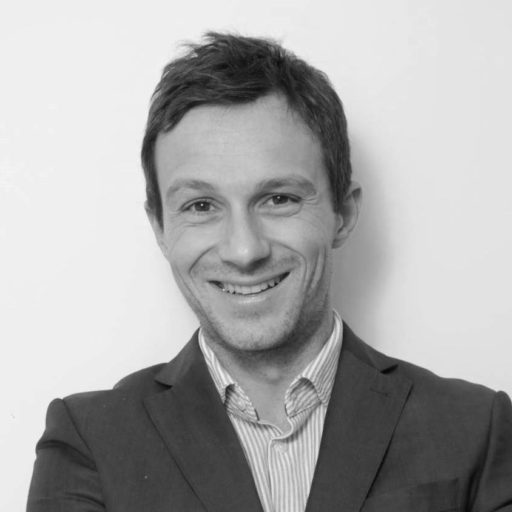