Last December, the Hungarian legislator adopted a rule that allows non-EU-resident Hungarian citizens to vote at the European Parliament elections. The law specifically refers to Council decision 2018/994 amending the Act concerning the election of the members of the European Parliament by direct universal suffrage, adopted last summer. The new Article 9a allows Member States to grant their citizens residing outside the EU the right to vote, in line with their national electoral rules. Implementation done, EU conformity secured, nothing to see here. Or is there? This post illustrates how the hidden assumption of normality behind EU regulations can end up legitimizing illiberal moves.

Hungary, like a good number of states in the region, has kin-minorities in neighboring states. In the case of Hungary, this is the result of the post-war peace treaties. The government, also not unlike many other states, opted to grant easy access to its kin-minorities, giving up on the otherwise very stringent residency requirements (eight years, practically even more for most non-EU citizens). This effectively expanded the citizenry, gaining over one million new citizens, for a country of less than ten million. There was a virtual consensus in the ‘90s, which included the presently governing party FIDESZ, that non-resident citizenship contradicts nation-building policy goals, among others, because, according to fears at the time, that could have triggered mass exodus.

By the mid-2000s, after a failed referendum on the issue, citizenship without voting rights (‘dual citizenship’ in the Hungarian debate) became an important right-wing issue, embodying the program to ‘unite the nation across borders’, sometimes with irredentist overtones. As FIDESZ came to power in 2010, the Hungarian Parliament adopted the amendment of the Nationality Act that allowed for non-resident naturalization, followed by granting voting rights a year later. While this proved to be more controversial (according to a poll at that time, 77 per cent of Hungarian voters did not approve an extension of voting rights), it effectively resulted in the addition of a loyal, for grateful, voting base to the governing party.

Counterarguments included diverse concerns ranging from melting Hungarian communities (which apparently has been happening regardless of citizenship policies), through political consequences (new non-resident voters thanking Orbán for citizenship) and the connection between taxation and public services to worsening bilateral relations with neighboring countries (which varied from a tit-for-tat reaction in Slovakia and hostility in Ukraine to Romania’s and Serbia’s more permissive stance).

Normative arguments point out the malleability of old boundaries in a globalizing world, with Europeanization and virtualizing borders, but also the importance of maintaining meaningful political communities. Rainer Bauböck has proposed to treat ‘stakeholders’ as citizens while others are legitimately excluded from the citizenry. We should then decide if new Hungarian voters are ‘stakeholders’ who have an interest in the decisions and the future of Hungary. Under this standard, it does not suffice that many who naturalize translate this move as a long due recognition of their being Hungarian (an emotional aspect voiced mostly by the elderly) or that many value the resulting mobility (mostly younger citizens from Ukraine and Serbia).1) ‘Stakes’ can mean taxes, but you can be a citizen without paying taxes; it can also mean being part of the Habermasian public sphere, and in fact many of the new citizens have been following Hungarian news for long (see, e.g., the figures on pages 37 and 46 here), many for sure are more knowledgeable about Hungarian politics than the average living in Hungary.

The Hungarian illiberal regime also expanded its political influence, transferring huge sums (according to one approximation, based on the calculations by Nándor Bárdi, this is around € 362 M for 2017) and building loyalty networks that can trump local democratic processes. Clientelism and financial support also results in the retuning of Hungarian-language media to voicing the political messages of FIDESZ. This self-reinforcing circle means that ‘stakes’ do cross borders. Yet, we do not have to invoke the example of Erdoğan on the trail in Western Europe to note the oddity of campaigning in foreign countries, and the campaign promises that this can entail. We now have two consecutive elections (and one referendum) with non-resident votes that show that more than 96 per cent of these new votes went for FIDESZ. In 2014, these helped FIDESZ in achieving the constitution-amending supermajority. However, external votes did not play a role in the outcome of the 2018 elections, partly due to other illiberal elements of the electoral system, above all, the ‘compensation’ after winning candidates. The virtualization of borders results in strengthening ethnic boundaries (as well as the exportation of illiberalism), and the chances for government change, a key condition of democracy, are further decreasing in Hungary. Furthermore, with dual citizens being able to vote in two countries, the Hungarian government tries to make sure that illiberal votes count at both places: in Serbia, they supported Serbian premier Vučić and worked heavily to make sure Hungarians voted for him.

The move to expand the citizenry effectively channels controversy into political gain. Citizenship is based on national political decisions – even where the respective national decision is not in line with international standards (contrast the Nottebohmstandard to Micheletti). When we accept the first step, the rest follows: the extension becomes permanent, and legitimate citizenship-specific provisions will follow the dubious logic of the underlying policy (see the normative argument here), the public law connection between non-resident citizens and Budapest. This seems a lot like the debate over how far illiberal policies are to be tolerated in the EU: while the debates have been keeping busy decision-makers and scholars alike, the regimes effectively broke the spine of their constitutional democracies. This is not to downplay the importance of normative debates, on the contrary. We need to understand the full scope of what is at stake. Legitimate principles of electoral rights harmonization are invoked in the case of an instrument of power, just as it is the case with EU funds or EPP membership. Not seeing the full picture2) plays into the hands of those who have been playing the game (the ‘peacock dance’) of faking compliance with European norms for long.

I would like to thank Nándor Bárdi, Balázs Majtényi, and Szabolcs Pogonyi for comments and suggestions. All errors (systemic or not) are my own. 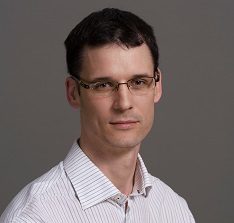