The Bakery as battleground

How should the modern liberal state reconcile the demands of equality and religious belief? It appears that the new battleground is not at the pulpit or the ballot box, but at the … bakery.

We now have two judgments on this issue from two of the most important common law courts: Masterpiece Cakeshop Ltd v Colorado Civil Rights Commission from the Supreme Court of the United States, and Lee v Ashers Baking Company Ltd from the UK Supreme Court. The facts are similar but differ in one important way. In both cases the complainant requested a bakery (unbeknown to them, a “Christian bakery”) to bake a cake in relation to marriage. In Masterpiece it was to be a wedding cake for a same-sex wedding, in Ashers it was to be a cake bearing a picture of Bert and Ernie from the Muppets, the logo of an LGBT+ organisation called “QueerSpace”, and the words “Support Same-Sex Marriage”. This was in the context of a political debate taking place in Northern Ireland about whether to allow same-sex couples to enter into marriages, rather than just civil partnerships. In both cases, the courts have eventually held that the refusal to bake the cake was acceptable, largely on the grounds of freedom of expression and the right to manifest one’s religious beliefs.

The major difference in Ashers appears to be that the bakery owners, Mr and Mrs McArthur, decided to refuse the order not because they suspected the customer (Mr Lee) was gay (as in Masterpiece Cakeshop), but because they disagreed with the “support same sex marriage” message to be written on the cake. Their argument was that baking and icing the cake would be tantamount to endorsing the message, which conflicts with their Christian belief that “the only form of full sexual expression which is consistent with Biblical teaching … is that between a man and a woman within marriage” and that “the only form of marriage consistent with Biblical teaching … is that between a man and a woman.” (para. 9). Mr Lee and the Equality Commission for Northern Ireland claimed that this amounted to unlawful discrimination on two grounds: either on the basis of sexual orientation or on the basis of political or religious belief. The latter was included due to the delicate history of Northern Ireland, and the continual affirmation of the position that no one in Northern Ireland ought to be discriminated against because of their religious or political beliefs.

The UK Supreme Court rejected both claims, deciding, first, that the bakery had not discriminated against Mr Lee (or indeed, anyone) on the grounds of sexual orientation. Their “objection was to the message and not to any particular person or persons.” (para. 34). On the claim of political or religious discrimination, the UKSC proceeded on the basis that the bakery had discriminated against him on the grounds of a political belief, i.e, support for same-sex marriage (para 48). This required the Court to consider whether this infringed the Article 9 (freedom of religion) or Article 10 (freedom of expression) ECHR rights of the bakery.

There are several problems with the Supreme Court’s reasoning. First of all, the Court employs some rather artificial reasoning to justify the conclusion that the bakery had not discriminated against anyone on the basis of their sexual orientation. The Northern Ireland Court of Appeal, whose decision was under appeal in Ashers, held that Mr Lee had been discriminated against because of the association with the LGBT+ community. The Supreme Court rejected this on several grounds. First, they claim that there was no evidence of any history of discrimination by the bakery. It is difficult to understand why a first offence ought to be treated with such leniency. Secondly, the Supreme Court highlights the fact that the bakery employs and serves gay people. Is that now a factor to be taken into account when deciding whether someone has been discriminated against? Third, the Supreme Court draws a very narrow boundary around what is known as “associative discrimination”, which is where person A discriminates against person B not because person B has a protected characteristic, but because they are associated with someone who does, such as a partner or relative. The Court detached the words on the cake from the community to which it corresponds, the LGBT+ community, stating that the benefit of the words also concerns the children, parents, friends, families of gay people and “to the wider community who recognise the social benefits which such commitments can bring”. While it is undoubtedly correct that one does not need to be part of the LGBT+ community to support same-sex marriage, to say that the reason for the lack of service is insufficiently connected to the protected characteristic of sexual orientation ignores reality: the ability to enter into a state-sanctioned marriage is a right denied to the LGBT+ community. The message to be used on the cake was intimately connected to this community.

The Court’s conclusion on this claim also raises fresh questions that will have to be resolved in future cases. For instance, would a dry cleaners run by a Christian person directly discriminate on the grounds of sexual orientation or gender identity if they refused to clean a garment that contained language supporting LGBT+ equality? Would a catering company or a company providing entertainment services discriminate if they refused to provide a service to a gay pride event on the grounds of religion?

The fact that only one of these is an unqualified right highlights a second concern about the Supreme Court’s reasoning. The Supreme Court undertakes what can at best be described as a minimal approach to the question of proportionality. Beyond stating that Articles 9 and 10 are “of course, qualified rights” (para 55), the Court makes no effort to address whether it is necessary or proportionate in a democratic society to limit the Article 9 or 10 rights of the bakery in the interests of the rights and freedoms of, for instance, the LGBT+ community or Mr Lee himself. Despite using the language of qualified rights, the Court treats the issue as if Articles 9 and 10, collectively, are absolute. It has become routine for UK courts to engage in sometimes lengthy analyses as to the proportionality of a given measure on a qualified right. None of that occurs here. There is no effort to consider whether the measure is strictly necessary, whether it satisfies a legitimate aim (such as the protection of the rights and freedoms of others), or whether it is the least restrictive means of upholding that aim. The interference with the rights contained in Articles 9 and 10 are taken as sufficient to find their violation.

It could also be argued that the Supreme Court’s decision is in conflict with the decision of the Strasbourg Court in Eweida v The UK (2013). There, the Strasbourg Court decided that the loss of employment for a registrar of births, deaths and marriages who refused to do so for same-sex couples wishing to enter into civil partnerships, and the loss of employment for a counsellor who refused to offer counselling to a same-sex couple, did not violate Articles 9 and 14 of the ECHR. In neither case was it considered that the counsellor or the registrar would be forced to hold a view that they did not hold, meaning that it did not fall under Article 9(1). Both cases, arguably stronger infringements of Article 9 than in Ashers, were seen as acceptable restrictions on the manifestation of religious beliefs, falling under the qualified right contained in Article 9(2).

Finally, the Supreme Court takes an overly broad approach to “speech” and collapses the distinction between the McArthurs as human beings and Ashers Baking Company as a limited company. Ashers Baking Company is comprised of six bakeries and employs 65 people. The name of the company is derived from a Bible passage (Genesis 49:20), although the Supreme Court does point out that neither their beliefs of the McArthurs nor the biblical origins of the name of the company have been advertised or made known to the general public.

On the issue of “speech”, it is certainly questionable as to whether icing a cake, or printing any kind of image on a cake, can be considered to be “speech” or “expression”. If I purchase a birthday card from a shop, or use a website to create a birthday card, can it realistically be maintained that it is the card company who is “speaking” or “expressing” themselves, rather than me, the customer? Mr Lee chose the design of the cake, all he wanted was for the company to attach that design, presumably in an edible form, to the cake. A person who creates their own t-shirt design could meaningfully be said to be “speaking”, whereas a company printing that design over and over again, cannot.

Freedom of speech for companies?

There is a more fundamental issue at play also, namely whether a corporate entity can possess “human rights”. The spectre at this feast is obviously the infamous SCOTUS decision in Citizens United v FEC, where the US Supreme Court held that a corporation could have rights under the First Amendment. This extension of the First Amendment to corporations was central to the SCOTUS decision in Masterpiece Cakeshop also. The UK Supreme Court in Ashers states that “this court is not holding that the company has rights under article 9”, but also says that it would negate Mr and Mrs McArthur’s convention rights to hold the company liable for discrimination where they would not be. These statements cannot be compatible. The McArthurs were not being asked to do anything; Ashers Baking Company Limited was, and refused.

Taken together, the decision of the UK Supreme Court is riddled with conceptual confusion, leading to a concerning outcome upholding the Article 9 or 10 ECHR rights of a corporation enabling them to discriminate against a historically marginalised community. Reconciling the demands of equality and the freedom to manifest one’s religious convictions in the 21st century is fraught with difficulty and is perhaps the quintessential issue about which reasonable people are bound to disagree. It may well be that the “right” outcome in a case such as Ashers is that religious rights ought to “trump” the prohibition on discrimination, either on the grounds of sexual orientation or political belief, but there are very real concerns about the reasoning and methodology employed in Ashers to achieve that end.

Other posts about this region:
USA, Vereinigtes Königreich 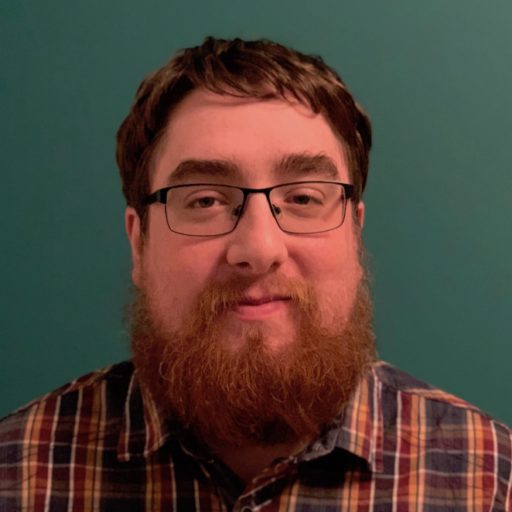 Other posts about this region:
USA, Vereinigtes Königreich No Comments Join the discussion
Go to Top